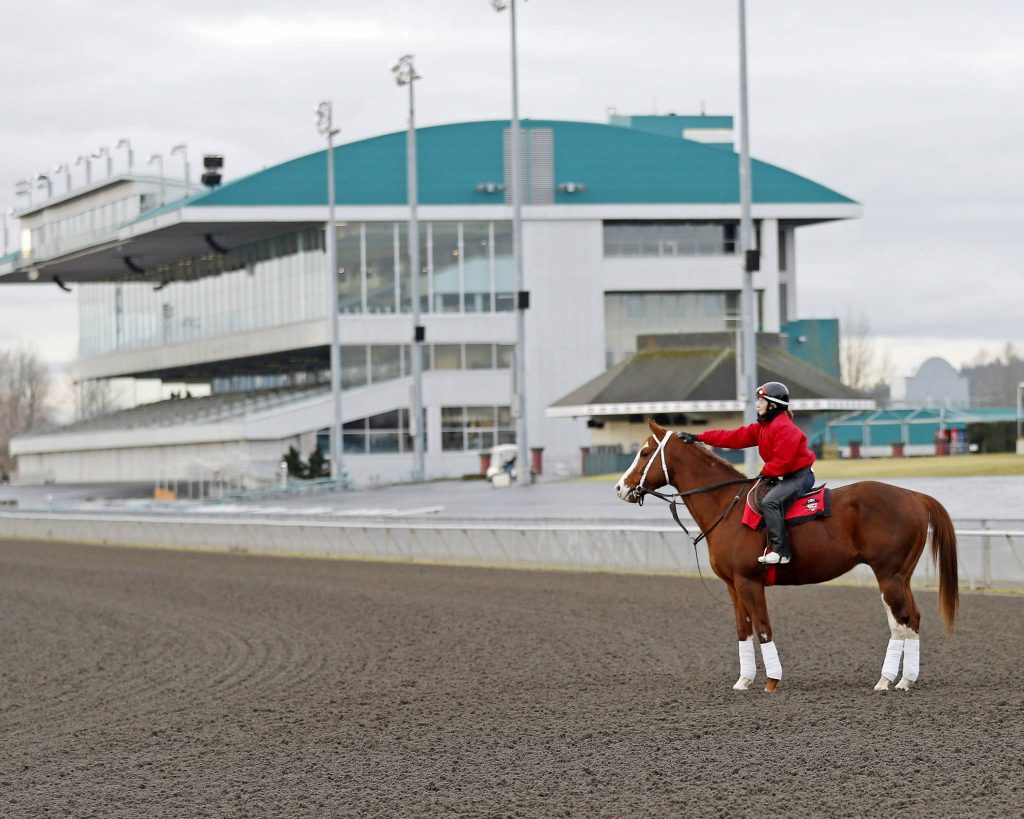 THE HORSES ARE BACK!

AUBURN, Wash. (January 30, 2017) – Over 200 horses were on the grounds Monday as Thoroughbreds began training for the 2017 live racing season at Emerald Downs.

Stable superintendent Vern Baze said 223 horses had been checked in as of 8 a.m., almost exactly the same as last year. The hope is to have a horse population over 1,000 by opening day, Saturday, April 8.

Co-owned by trainer Howard Belvoir and Rising Star Stable, Barkley was 4-1-0 in five starts last year, missing a perfect season by a head to Opportunistic in the Emerald Downs Derby. So Lucky, the track’s champion 2-year-old of 2016, gives Belvoir a top contender in this year’s 3-year-old ranks. Owned by Pegasus Too and Rising Star Stable, So Lucky was 4-1-0 in five starts with earnings of $103,835.

According to Belvoir, Barkley and So Lucky began light training last month at Dunn Bar Ranch in Enumclaw and both should be ready for stakes action in May.

Opening day of training was streamed on Facebook Live with Emerald Downs President Phil Ziegler at the controls. Track mascot Emerald ED also was on hand for the event.

Since racing ended in September some 424 tons of silica sand—or one quarter-inch to the one-mile oval and chutes—has been added to the racing surface. According to track Vice President Jack Hodge the restoration is a semi-annual event, and helps level the surface to its original GPS grade.

Training hours are 8:30 a.m. to 1 p.m. daily, and fans can eat breakfast and watch training in the Quarter Chute Café.