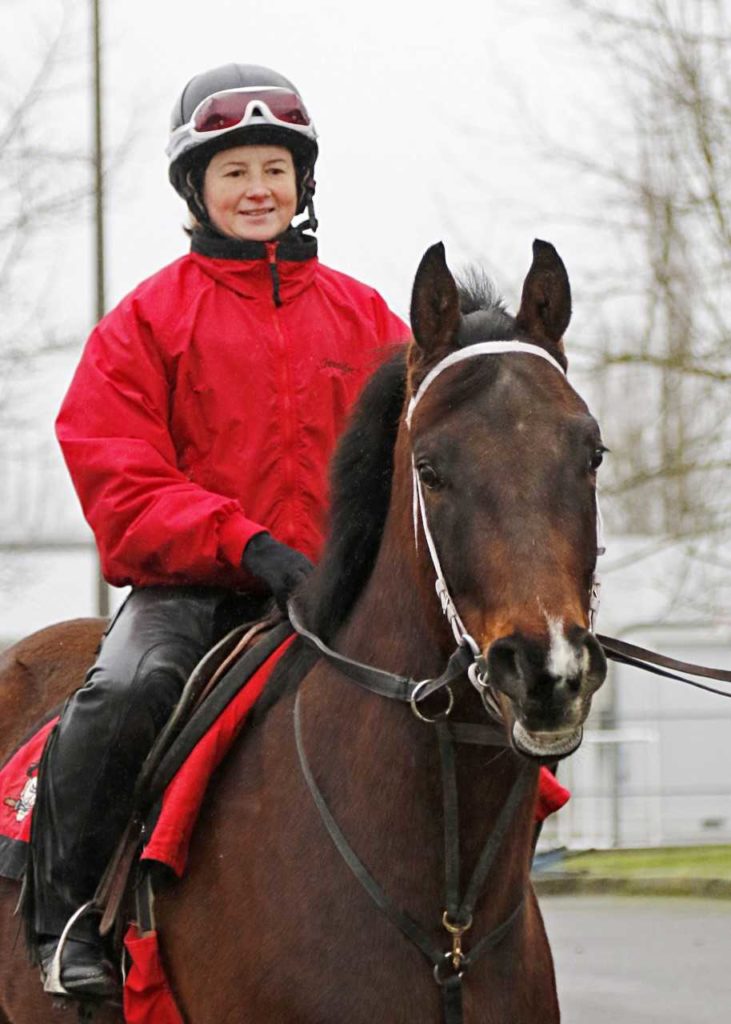 THE HORSES ARE BACK!

AUBURN, Wash. (February 5, 2018) – Over 200 horses were on the grounds Monday as Thoroughbreds began training for the 2018 live racing season at Emerald Downs.

Elliott Bay, under Jennifer Whitaker, became the first horse on the track at 8:30 a.m. The track’s champion 2-year-old last year with a pair of stake wins and over $90,000 in earnings, Elliott Bay is trained by Howard Belvoir and owned by Rising Star Stable II.

Stable superintendent Vern Baze reports 201 horses on the grounds and expects the horse population to swell to nearly 1,000 head by opening day on Sunday, April 22.

The opening of training was streamed on Facebook Live with Emerald Downs President Phil Ziegler and Joe Withee at the controls.

Elliott Bay is 2-2-0 in five starts including wins in the Gottstein Futurity and WTBOA Lads Stakes, both with Whitaker riding. Barkley, Emerald Downs’ champion 3-year-old of 2016 and fourth in the 2017 Longacres Mile, also was back in his normal stall at Belvoir’s barn