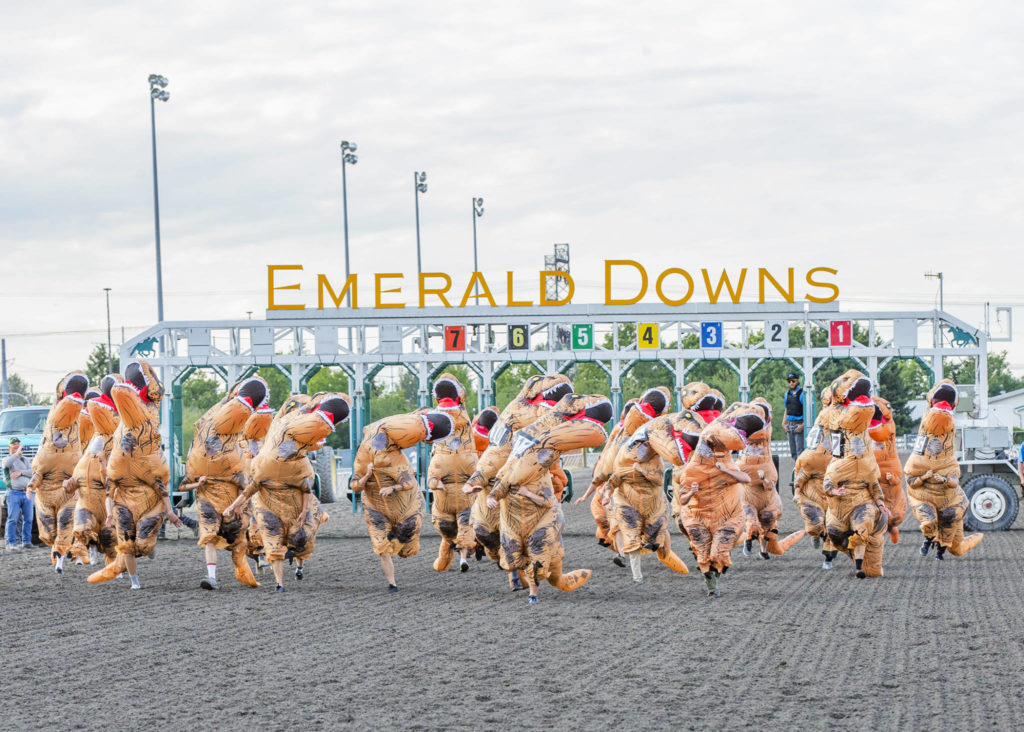 AUBURN, Wash. (August 17, 2022) – The event that produced one of the most watched videos in the world in 2019 returns on Sunday, August 21 at Emerald Downs. The T-Rex race video was viewed more than 100 million times on social media and was featured in People Magazine and Ripley’s Believe It or Not. Newscasts from coast to coast and around the world covered the unique event.

Not only is the event returning but three times as many T-Rexes are expected to race. As in past years the staff of Tri Guard Pest Control in Renton will be participating and for the first time the race is open to the public. Anyone dressed in an inflatable T-Rex costume may run. There will be a race for kid dinosaurs aged 16 and under and one race for adults.

Track officials are expecting this to be the biggest Dinosaur race in the past 233 million years! Track President Phil Ziegler still gets requests to share the 2019 video, “So many people commented how the race video made them smile and laugh. And we hope a lot of families from Western Washington will come Sunday to see it in person.”

Emerald Downs is located right off Highway 167 in Auburn. The 2022 season runs through September 18. More information is available at www.emeralddowns.com