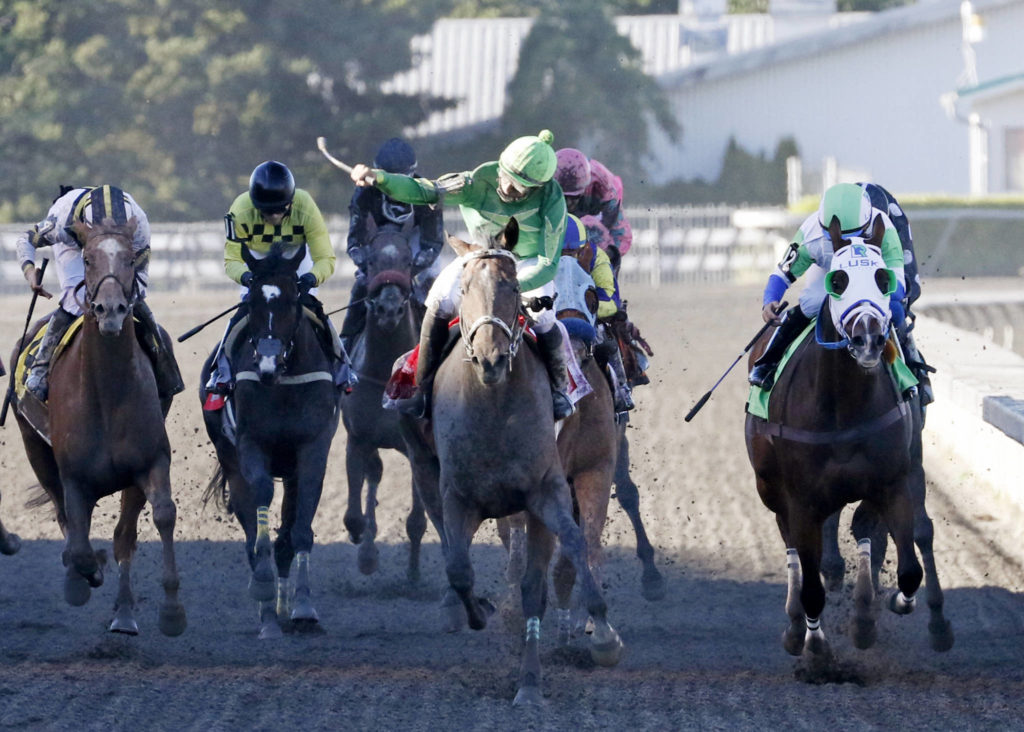 In winning the Northwest’s most historic race, Slew’s Tiz Whiz ran a mile in 1:34.46 and paid $8.80, $5, and $3.40. Jose Zunino authored a picture-perfect ride on the winner, saving ground virtually every step of the way to record his first Longacres Mile victory. Tom Wenzel, saddling his second Mile winner, is the winning trainer for owner K D Thoroughbreds, nom de course for Darlyne Krieg of Oak Harbor, Wash.

Slew’s Tiz Whiz is the first Washington-bred since Stryker Phd in 2015 to win the Mile. The 4-year-old bay gelding by Slew’s Tiznow-Ros’s Girl was bred by Karl Krieg, Darlyne’s husband, who passed from cancer in 2019.

“We were a little lucky going into the first turn, but everything worked out great,” Zunino said. “He wanted to go at the quarter-pole, so I let him go, and he was the best.”

Slew’s Tiz Whiz has now won three straight, scoring in a six-furlong allowance and the 6 ½-furlong Governor’s Stakes, in which he also caught Papa’s Golden Boy late to prevail.

“The allowance race was good and the last two races have been superb,” Wenzel said. “This horse is such an overachiever.”

Five Star General, ridden by Leslie Mawing, rallied to finish third, 1 ½ lengths back of Papa’s Golden Boy, and paid $7 to show. The 6-year-old full horse by Distorted Humor also made Longacres Mile history by joining Stryker Phd as the only horses to finish in the top three in three consecutive Miles.

Five Star General ran second to Anothertwistafate in 2020, third to Background in 2021, and third to Slew’s Tiz Whiz in 2022.

Top Executive, a slight 3 to 1 betting favorite over Slew’s Tiz Whiz, finished fourth under Evin Roman. The 2021 Emerald Downs Horse of the Meeting chased Papa’s Golden Boy from second most of the way before weakening slightly in the stretch. 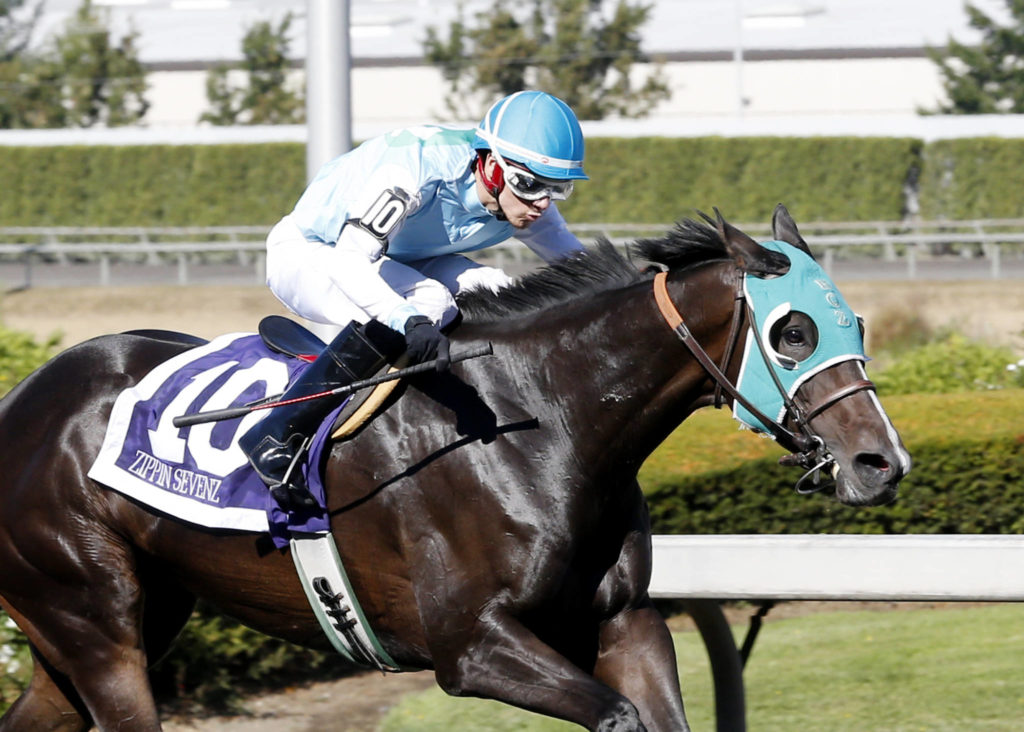 ZIPPIN SEVENZ ALL THE WAY IN EMERALD DISTAFF

In the $75,000 Emerald Distaff, long shot Zippin Sevenz held off defending champion Princess of Cairo for a 1 ¼-length victory in the season’s championship event for older fillies and mares.

Gunned to the lead from the far outside post, Zippin Sevenz made all the running in her first career race around two turns. Establishing command early, she set fractions of :23.12, :46.02, 1:09.58, and 1:35.37, repelling Princess of Cairo through the stretch for the victory.

“I told (Alan Bozell) let’s play the break, and if she breaks (well), let her go and she’ll be tough,” Cruz said. “At the three-eighths, I thought the race was over.”

Bred in Washington by Ron and Nina Hagen of El Dorado Farms, Zippin Sevenz is a 4-year-old filly by Coast Guard out of the Matty G mare Go Jackie Go and improved to 4-2-2 in 13 starts with earnings of $91,736. The Distaff triumph is worth $41,250.

Princess of Cairo, the even-money favorite ridden by Geovanni Franco at 120 lbs., chased the winner gamely through the lane but settled for second place, returning $2.80 and $2.20. A 5-year-old Cairo Prince mare, she is now 2-1-0 in three career starts at Emerald Downs and 5-2-3 in 15 starts overall with $123,541 in earnings.

The $2 win price eclipsed the stakes record of $42.40 set by Perhaps a Pie in 2016. For Bozell, it’s his second stakes victory at Emerald Downs.