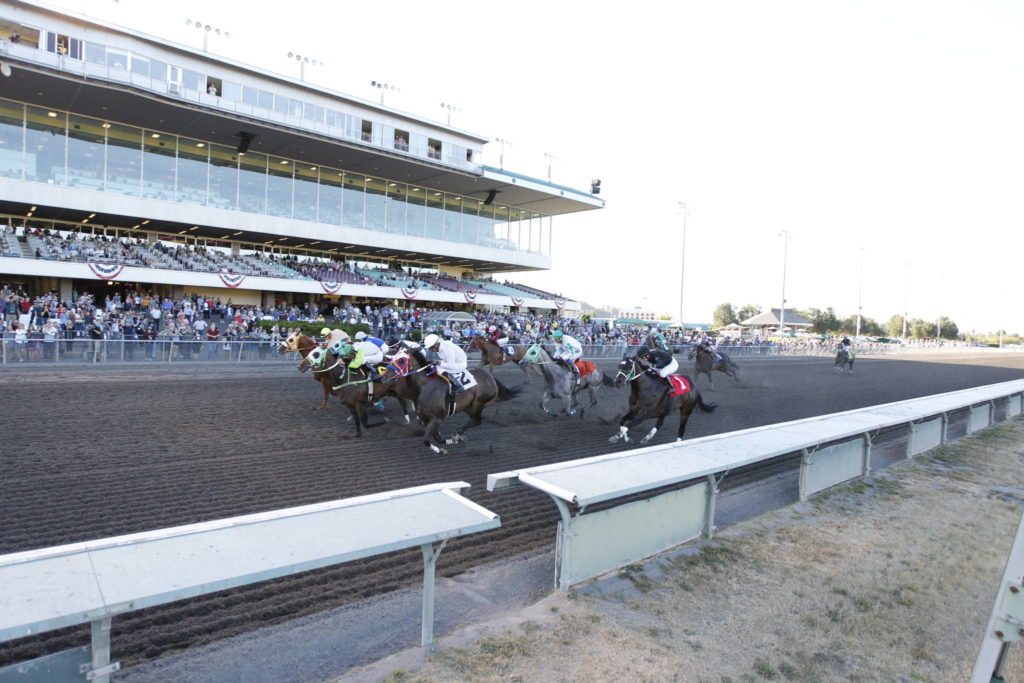 The winner had clear sailing throughout, avoiding some serious bumping and jostling from the inside, and prevailed by a head over Lebron 6.

“My horse felt really strong going to the gate,” Gonzalez said. “He broke well and said ‘bye-bye’ to everyone.”

“We gave him six months off, and he’d been training very well,” Olmos said. “We said, let’s give it a shot and see what happens.”

The $123 win mutuel is the largest of the meet and fifth largest in track history—Thoroughbreds or Quarter Horses. It also broke No Giveaway’s stakes mark of $122 set in the 2005 Longacres Mile.

Lebron 6, the second-place finisher, was disqualified and placed last for veering out severely shortly after the break.

Defending champion Sorelli finished fifth, but was only beaten three heads and a nose for all the money. 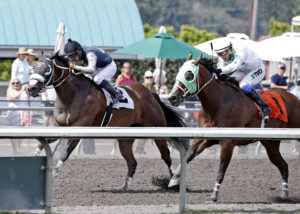 In Sunday’s other Quarter Horse stakes:

In the $20,160 John Deere Juvenile Challenge, Cm Boom Shakalaka drew clear for a one-length victory over I Deliver in :17.95 seconds for 350 yards. Ridden by Luis Gonzalez at 125 lbs for owner/breeder Randy Dickerson and trainer Nick Lowe, Cm Boom Shakalaka paid $6.40 as the favorite A 2-year-old Oregon-bred, the winner is 3-0-0 in four starts with earnings of $13,681.