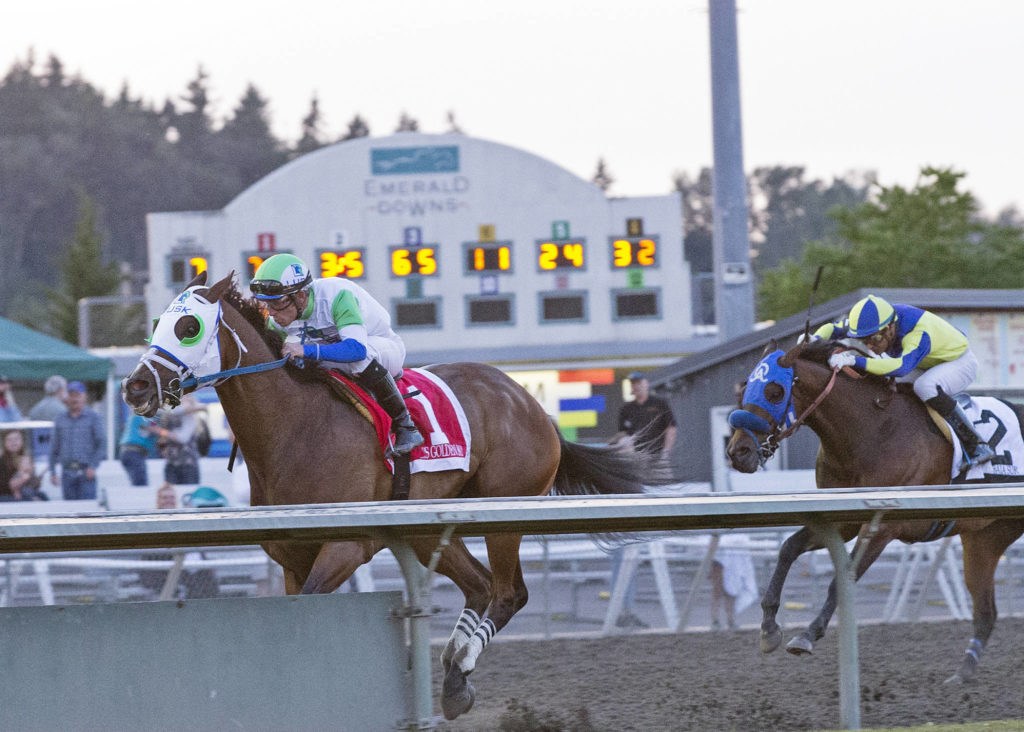 PAPA’S GOLDEN BOY ALL THE WAY IN BUDWEISER STAKES

Ridden by Julien Couton at 120 lbs, Papa’s Golden Boy sizzled six furlongs in a meet fastest 1:07.71 and paid $4.80 as the second wagering choice. Vince Gibson is trainer for owners Gary and Deborah Lusk, Jeff Lusk and Peyton Lusk, all from Puyallup, Wash.

Breaking from the No. 1 post, Papa’s Golden Boy sprinted clear at once, setting factions of :22.19, :44.21 and :55.67 en route to victory. The dark bay or brown gelding opened a four-length lead into the stretch and had energy in reserve for the victory.

Couton swept both stakes Thursday, despite being unseated by Guardinghthemoney before the fifth race.

“I’ve got to congratulate the whole team—Vince, Ashley (Potts), the owners, the groom. . .everybody,” Couton said. “(Papa’s Golden Boy) is such a cool horse to ride. I was a passenger.”

A 5-year-old Washington-bred by Harbor the Gold-Brookie Girl, Papa’s Golden Boy is two for two this season while posting meet-fastest times at 5 ½ and 6 furlongs. His lifetime mark is 5-3-0 in 13 starts with earnings of $87,530, including a winner’s share of $27,500 for the Budweiser.

Baja Sur, the 3 to 5 favorite, chased the winner from gate to wire but settled for second place. Winner of numerous state and track titles, Baja Sur has a life mark of 6-6-1 from 15 starts and earnings of $259,120. Thursday’s defeat was his first in five career starts at Emerald Downs.

Take Charge Deputy was 5 ¼ lengths back in third place and Unmachable, Muncey, Returray and Once On Whiskey rounded out the order of finish. Windribbon was a late scratch. 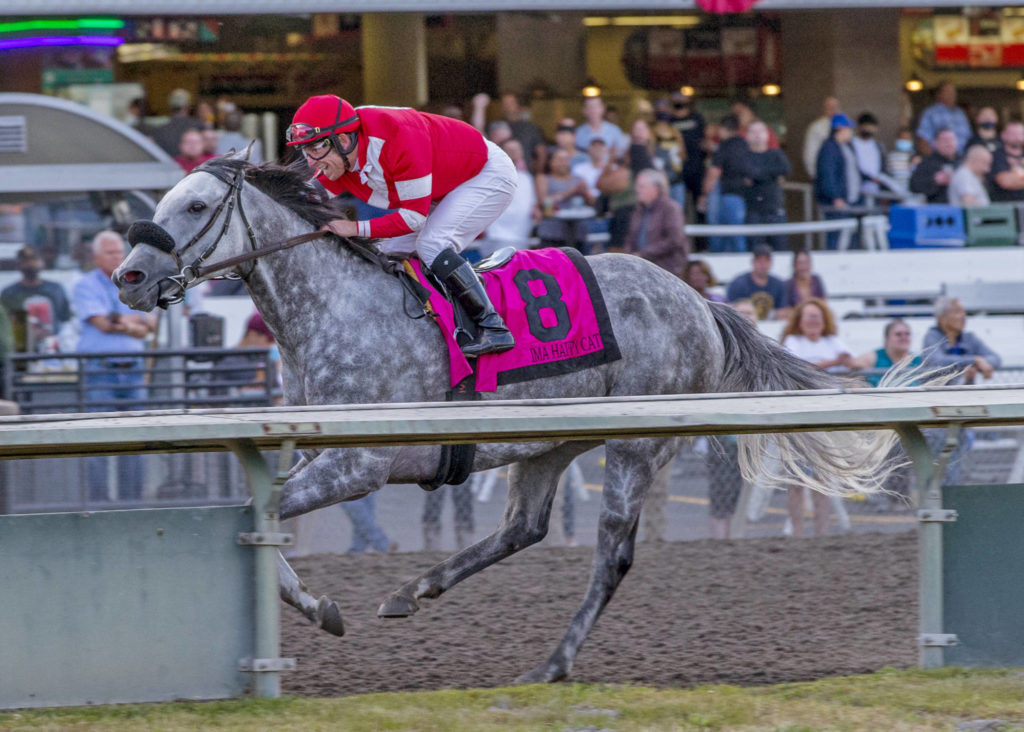 In the $50,000 Hastings Stakes for older fillies and mares, Ima Happy Cat took the early lead and was never headed while rolling to a 2 ¼-length victory over Squan’s Kingdom in 1:08.50 for six furlongs

Trained by Dan Markle for owners Sue and Tim Spooner of Olympia, Ima Happy Cat paid 11.60 as third choice in the wagering. Ima Happy Cat now has three stakes wins at Emerald Downs, including the last two runnings of the Hastings Stakes.

Daffodil Sweet, the 4 to 5 betting favorite, hesitated leaving the starting gate and never got untracked Thursday, losing for the first time in a sprint.

“The plan was to lay behind (Daffodil Sweet) but we broke on top, dropped down to the rail, and she ran a great race,” Couton said.

Squan’s Kingdom, the longest price on the board at 14 to 1, rallied from fifth to finish second under apprentice Joree Scriver. Killarney Lass, ridden by Eddie Martinez, finished third, and Coco Bee, Dontkissntell, Uno Trouble Maker and Daffodil Sweet rounded out the order of finish.