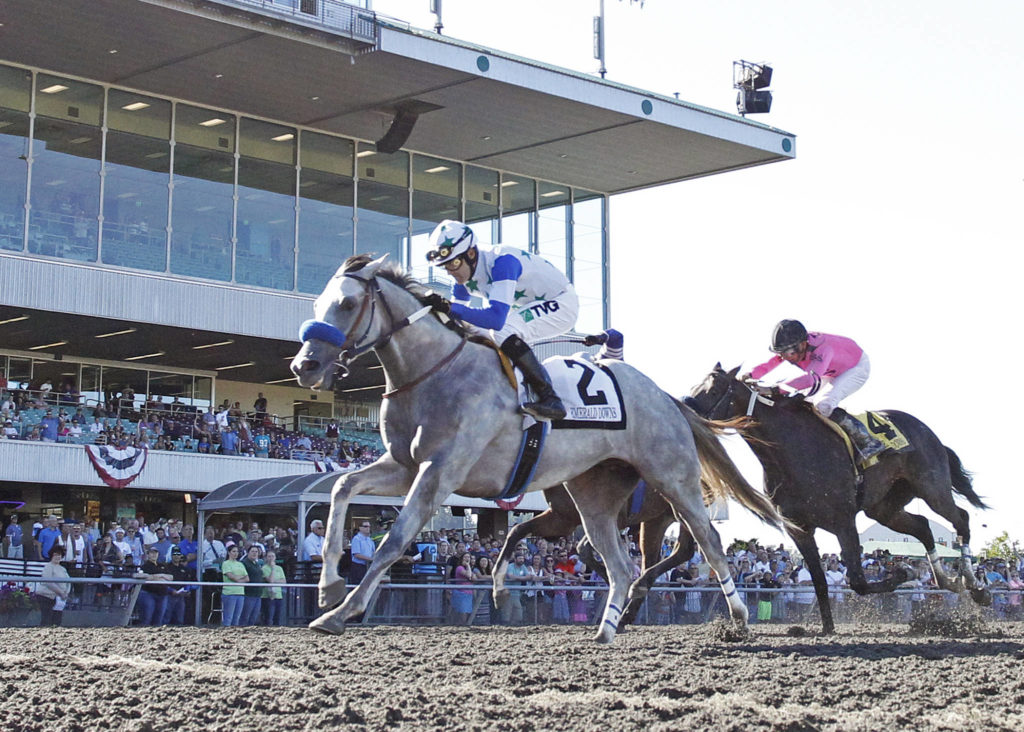 AUBURN, Wash. (February 15, 2018) – Northwest 3-year-olds will have their own triple crown in 2018.
Hastings Racecourse in Vancouver, BC and Emerald Downs in Auburn, Wash.—separated by just 165 miles/265 kilometers—will offer a $100,000 bonus for any horse that sweeps a new three-race series, the tracks have announced.

Hastings General Manager Darren MacDonald said the Northwest Triple is a natural given the tracks’ proximity and race dates.

“We have some great racing in the Northwest and these bonuses should create a lot of excitement for owners, trainers, and the fans,” MacDonald said.

Emerald Downs Vice President of Racing Jack Hodge believes the bonuses will help both tracks, “Our partnership with Hastings grows each year and the horsemen have a chance now to run for some nice bonuses.”

Emerald and Hastings are also teaming up on three additional bonuses*:

· $25,000 bonus for any horse sweeping the Longacres Mile on August 12 and BC Premiers on October 8.

· $25,000 bonus for sweeping the Washington Oaks on July 22 and British Columbia Oaks on September 8.

· $25,000 bonus for sweeping the Emerald Distaff on August 12 and Ballerina on October 8.
Hastings opens its 52-day season on Saturday, April 21 and Emerald Downs opens its 67-day meeting on Sunday April 22.