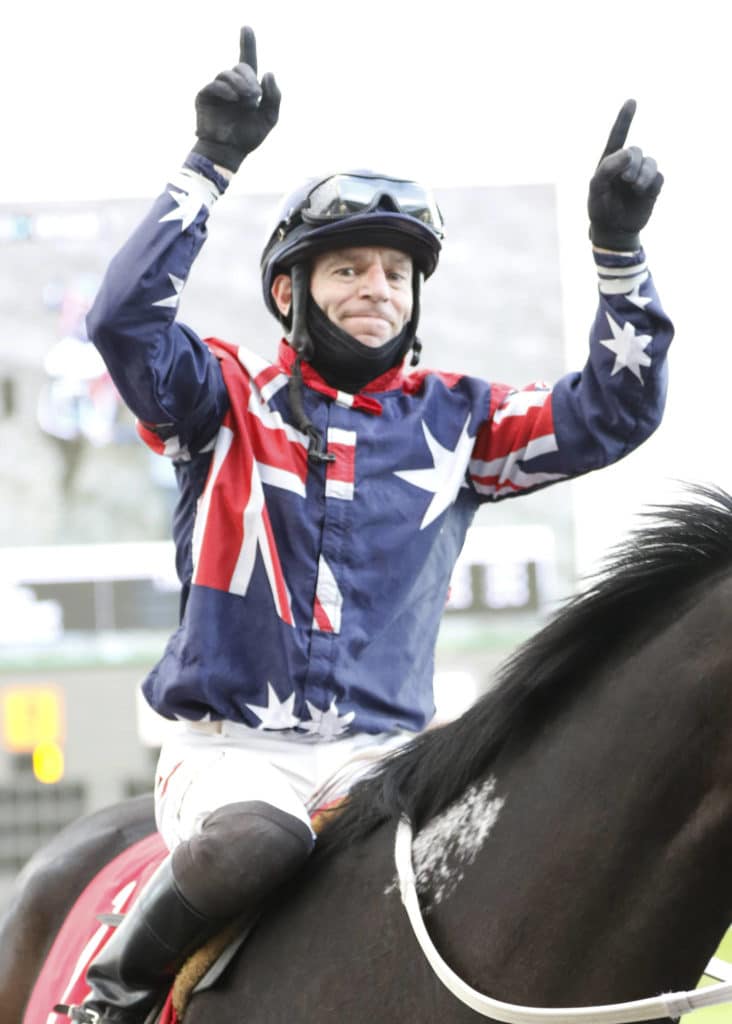 Juan Gutierrez after the record-breaker

With a 1¼-length victory on Stay in Grace in the featured $17,000 Muckleshoot Casino Purse, Gutierrez moved one ahead of Mitchell—1,420 to 1,419—to become No. 1 all-time at Emerald Downs. He had tied Mitchell’s mark with a victory aboard Mike Operator earlier on the card.

“You know, I was excited the last eighth of a mile when I was pretty sure we would get there,” Gutierrez said in the winner’s circle after the victory on Stay in Grace. “This is a great record because it has taken a long time to get there.”

Gutierrez, 51, notched his first Emerald Downs’ win April 29, 2000 and has been a mainstay here ever since. He recorded 15 consecutive top-five finishes in the riders’ standings during one stretch, including a riding title in 2012 with 117 wins. He also ranks No. 1 in track earnings with over $15 million and No. 3 in stakes victories with 68, including three wins in the Longacres Mile. He ranks second at the current meet with 47 victories through Wednesday.

A 2018 inductee into the Washington Racing Hall of Fame, Gutierrez has 2,033 overall wins, hitting the 2,000 mark aboard Semi Sweet in July.

Gutierrez will be honored with a winner’s circle ceremony before Thursday’s first race.

Mitchell, the leading rider at Emerald Downs since 2002, retired four years ago and now resides in southern California. 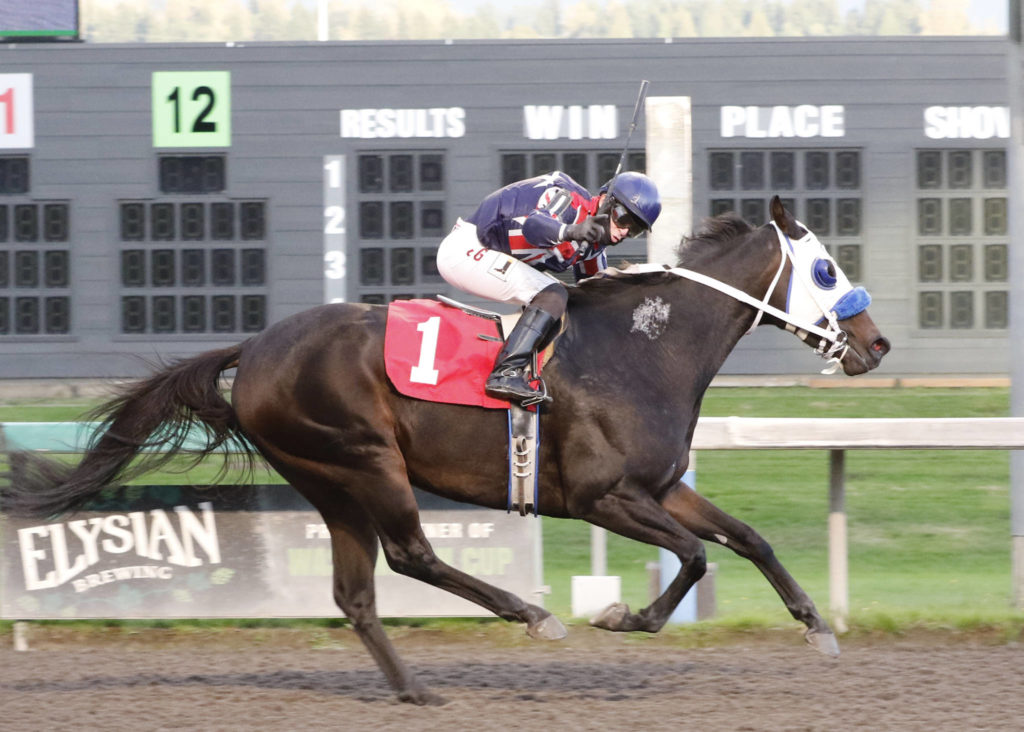 Juan Gutierrez sets the record aboard Stay in Grace

Stay in Grace, a 5-year-old Oregon-bred mare by Understatement, has three wins in her last four starts and improved to 10 for 22 lifetime with earnings of $78,347. Rigoberto Velasquez is the trainer for owners Jerry Carmody and John Sneesby.

In Wednesday’s victory, Stay in Grace ($3.20) gained command into the turn and held off B C Z Middleton in the drive, running six furlongs in 1:09.79

NOTES: Total mutuel handle Wednesday was $1,433,921. . .Pin Up Lady ($13.40) became a three-time winner at the meet with a victory in the opener under Alex Cruz for trainer Charles Essex and owner/breeder Hank Gott. The victory extended Cruz’ consecutive winning days streak to 20. . .Cruz also notched a $26.20 upset on Sovereign Nation and tops the standings with 59 wins. . .Leslie Mawing rode three winners including a $29.20 score aboard Gentle Prince that gave owner/trainer Picho Garcia his first win of the season. . .Cerapio Figueroa also rode two winners Wednesday as four jockeys—Mawing, Cruz, Figueroa and Juan Gutierrez—combined to win all nine races on the card. . .Live racing continues Thursday with a 10-race card at 5 p.m.