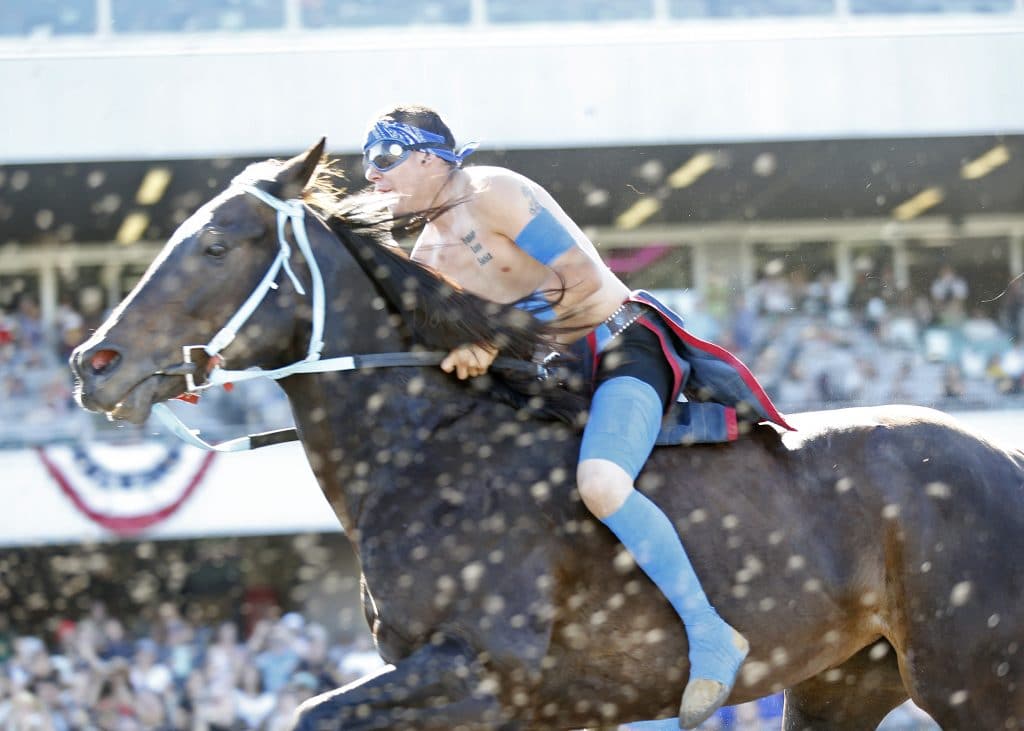 Emerald Downs and the Muckleshoot Tribe will be hosting many of the best Indian Relay teams in the country June 10 to June 12 in the $50,000 Muckleshoot Gold Cup.

Tribes from Idaho, Montana, Oregon, and Washington will be represented in the three-day event which, including travel allowances and other team benefits, features a total cash payout over $70,000. The championship team will receive belt buckles, jackets, the Muckleshoot Gold Cup and $10,000 cash!

Daily admission is just $7 for adults and is free for ages 17 and under. All Tribal members will also receive two free admissions each day. There’s also free seating at track level and in the 5th Floor Clubhouse.

All nine relay races—three each Friday, Saturday, and Sunday—will be broadcast live as part of the Emerald Downs Live program on Comcast SportsNet NW. Live programming airs from 6 p.m. to 10 p.m. on Friday, June 10, 2 p.m. to 6 p.m. on Saturday, June 11, and 2 p.m. to 7 p.m. on Sunday, June 12. The races will also be streamed live on www.emeralddowns.com.

Track President Phil Ziegler sees relay as a big part of the track’s future plans. “We are hoping to work with a couple of other major tracks next year and put together a ‘Relay Triple Crown’ ” Ziegler says. “This sport has been very popular at county fairs and smaller venues. We think it fits perfectly at racetracks like ours.”

Indian Relay is the Nation’s oldest sport with a history that goes back 500 years by many accounts. Teams will race twice around the Emerald Downs one-mile track and exchange horses every half-mile. Each team’s rider must leap from one galloping horse to another in their assigned exchange box while other team members assist in handling the horses.