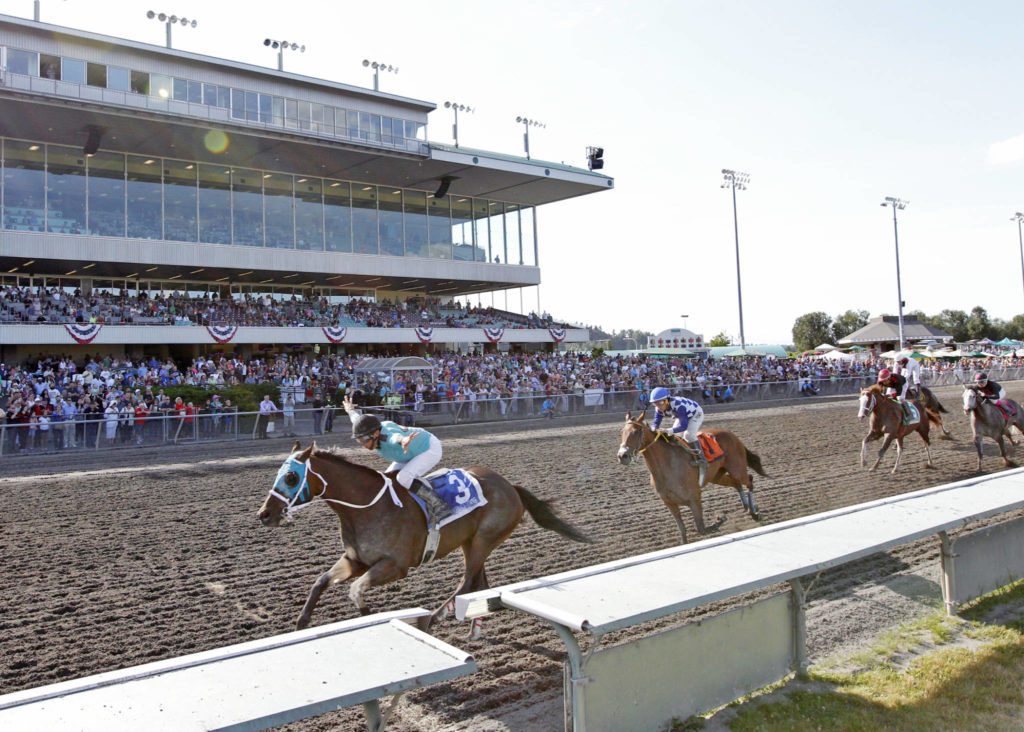 The 82nd renewal of the Grade 3 event goes as Race 8 on an 11-race card with post time 5:51 p.m.
R.E.V. Racing’s Mach One Rules drew the No. 9 post and carries high weight of 123 lbs. Trained by Frank Lucarelli and ridden by Isaias Enriquez, the 4-year-old Harbor the Gold gelding is the 7-to-2 morning line favorite.

“I think we’ve got a good of a shot as anybody,” owner Roy Schaefer said. “I’m not sure about the post, but that’s the same post Atta Boy Roy had (in 2009), and the (turquoise) silks will match the saddle towel.”

Point Piper returns to the scene of his greatest triumph for Hall of Fame trainer Jerry Hollendorfer. The now 7-year-old son of Giant’s Causeway broke the track and state record last year with a 1:32.90, earning the highest Longacres Mile Beyer (103) since Sky Jack in 2003. Although winless in seven subsequent starts, Point Piper has consistently knocked heads with the likes of California Chrome and Midnight Storm.

Hollendorfer, who swept the exacta last year with Point Piper and Cyrus Alexander, also saddles Seattle Serenade, a $1-million son of Tapit that could enjoy a pace advantage in a Mile that came up unusually light on speed.

Barkley and Gold Rush Dancer, from the same class of 2-year-olds as Mach One Rules, also are top contenders Sunday.

A Kentucky-bred by Munnings, Rising Star Stable’s Barkley already has five stakes wins at Emerald Downs, and has a nose for the finish line. He edged Mach One Rules in the six-furlong Governor’s Stakes in 1:07.92, and also won his lone career start at one mile over Mach One Rules in the 2016 Coca-Cola Stakes.

“Barkley is training good, no excuses, so we’re just going to try to do our best,” said trainer Howard Belvoir, a two-time Mile winner.

Barkley drew the No. 11 post, which makes the task formidable, but Belvoir did win the 2009 Mile with Assessment from post 12.

“We are pleased with (Gold Rush Dancer’s) progress,” said Parker, back from a recent appendectomy. “We gave him some time off last winter and he’s back where he should be. He’s ready to roll.”

LeeAnn Ohanesian’s Bistraya, runner-up to Mach One Rules in the Mt. Rainier Stakes, returns to Emerald Downs for 2013 Longacres Mile-winning trainer Robert Gilker. And Chief of Staff, conditioned by 2012 Mile winning trainer Mike Puhich, has been off since running competitively in a pair of graded sprints this winter in the Midwest and has a good track record in one-mile dirt races.

“He’s run against some really classy horses like Whitmore, and he tries really hard,” said Mike Waters, who co-owns Chief of Staff with Dr. Mark Dedomenico.

No Longacres Mile would be complete without Jim and Mona Hour’s Stryker Phd, who is set to appear in his fifth straight Mile and bids to become the first three-time winner. At age 8, Stryker also would join Awesome Gem (2011) and Gigantic (1959) as oldest horses to win the race.

“He’s happy and he’s fresh, obviously,” trainer Larry Ross said of Stryker Phd. “We’re really looking forward to it. I think we have a chance to win the Mile three  times.” 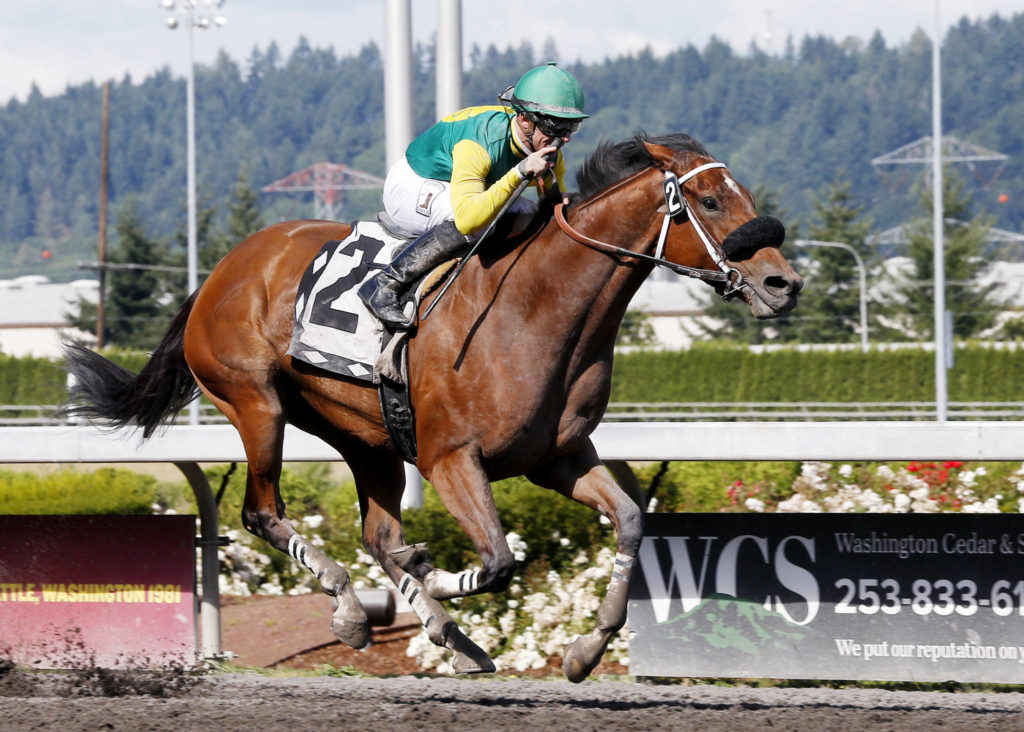 Also Sunday, 10 older fillies compete in the $65,000 Emerald Distaff at 1 1/8 miles in the season’s championship event for older fillies and mares.

Highlander Racing’s Citizen Kitty enters the Distaff in the best form of her career. A 5-year-old Washington-bred by Proud Citizen, Citizen Kitty already has two stakes wins at the meet for trainer Jeff Metz including a 4½-length romp in the July 16 Boeing Stakes.

With Julien Couton riding, Citizen Kitty ran one mile in 1:36.84 and earned a career-high 82 Beyer. She has four wins and two seconds in her last six starts at Emerald Downs.

Hall of Fame trainer Jerry Hollendorfer—winner of a record three Emerald Distaffs—ships up Plastered for this year’s race. A 4-year-old Kentucky-bred by Wilburn, Plastered is 6-1-3 in 14 starts with earnings of $129,410 and gets Evin Roman to ride.

Chronologic’sghost, runner-up to Perhaps a Pie in the 2016 Distaff, gets another crack in 2017 with Anne Sanguinetti aboard for J.C Racing Stable. A 5-year-old Texas-bred by Parading, Chronologic’sghost is winless in three starts this year but has a good history at Emerald Downs.