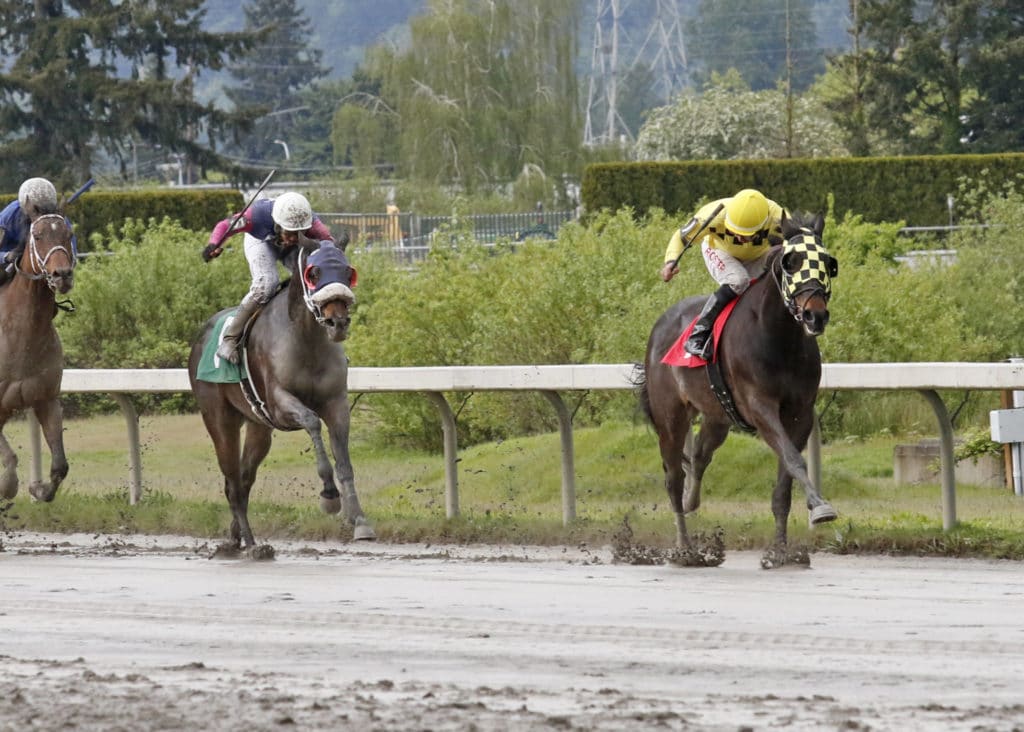 AUBURN, Wash. (May 15, 2022) – Franks Fix It took command early and splashed to a 1 ¼-length victory in Sunday’s $25,000 Muckleshoot Casino Purse as Emerald Downs launched its 27th season of live racing in festive and rainy conditions.

Ridden by Javier Matias, Franks Fix It ran 5 ½ furlongs in 1:03.45 on a sloppy track and paid $10.40 as second choice in the wagering. Candi Cryderman is the winning trainer for owner John Parker, who bids for a fifth leading owner title in 2022.

Juan Gutierrez was the opening day riding star, visiting the winner’s circle three times including his 1,500th Emerald Downs victory on Linchtown ($13) in the ninth race finale. A 52-year-old Mexico City native, Gutierrez is a member of the Washington Racing Hall of Fame and overtook Gallyn Mitchell as the track’s all-time leading rider in 2020. 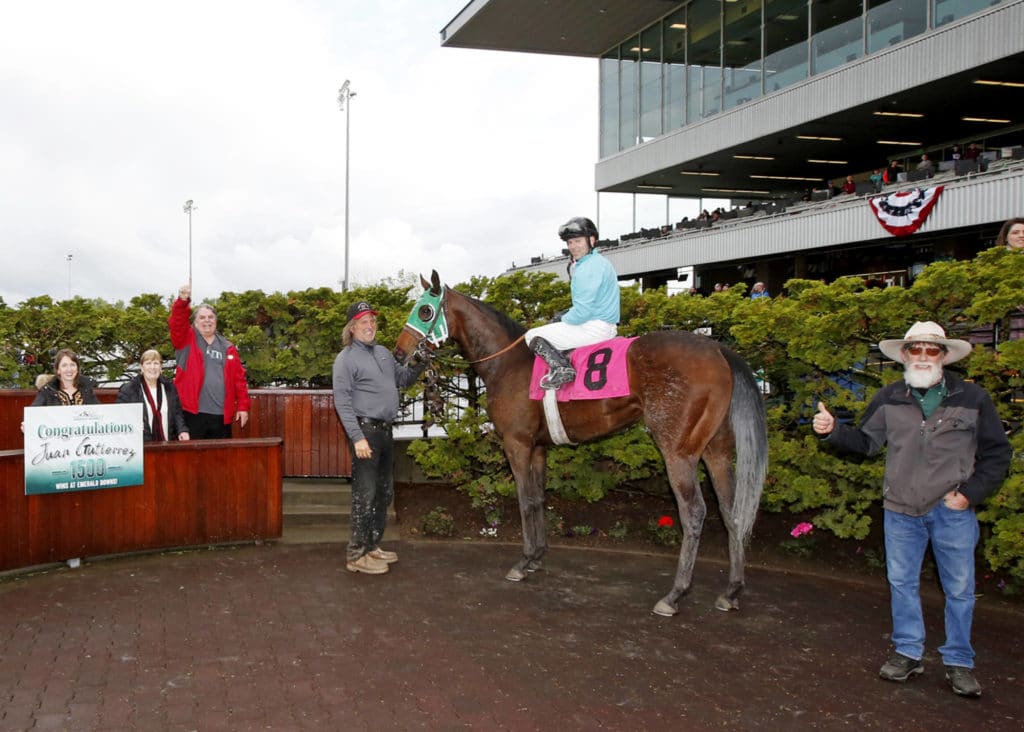 “I want to thank all of the owners, trainers, fans, and everyone at Emerald Downs who made this possible,” Gutierrez remarked on his latest milestone. “I always just try and do the best job I can.”

Franks Fix It improved to two-for-two over wet tracks and 3-3-3 in 15 starts overall, earning $13,750 to push his career earnings to $53,358. A 4-year-old Washington-bred gelding, Franks Fix It is improving with experience, posting a 3-3-1 record from his last nine starts.

Breaking from the No. 1 post-position, Franks Fix It shook off Decimate after four furlongs in :44.39 seconds, opened a three-length cushion into the stretch, and held off a late bid by Nationheart for the victory.

Nationheart, the 5 to 2 favorite ridden by Chester Bonnet, closed strongly to take second place while Naval Escort, with Kevin Radke aboard, rallied from last to finish third. Democrat, among the early leaders, finished fourth, and was followed by Ethan’s Animal, Ididntseethatcomin, Time ’n Time Again and Decimate.

NOTES: Total mutuel handle was a whopping $2,268,445—largest ever for a nine-race card at Emerald Downs. . .Alex Cruz and Jennifer Whitaker rode two winners each while Howard Belvoir and Alan Bozell were the only trainers with two wins. Cruz bids to join Rocco Bowen (2016-2018) as the only riders to win three consecutive riding titles at Emerald Downs while Whitaker’s double elevated her Emerald Downs’ win total to 516, tops among females in track history. . .Fully Compliant ($14.40) prevailed in the 2022 season opener, running 5 ½ furlongs in 1:04.94 with Gutierrez aboard. Defending Emerald Downs training champion Joe Toye saddled the winner for owner Wayne Williams. . .Canadian shipper Nine One One ($7) returned from a 20-month layoff to edge Boldacious in the $24,000 maiden special weight for 3-year-olds and up, running 5 ½ furlongs in 1:03.25 under Cruz for owner/trainer Robert Gilker. The winner is a 4-year-old B.C.-bred gelding by Maclean’s Music. . .2019 Longacres Mile winner Law Abidin Citizen ($6.80) notched his first win as an 8-year-old Sunday at Santa Anita, prevailing in a $69,000 allowance optional claimer in 1:15.35 for 6 ½ furlongs. . .Live racing resumes Saturday with first post 2:15 p.m. on Preakness Stakes Day.
–##–