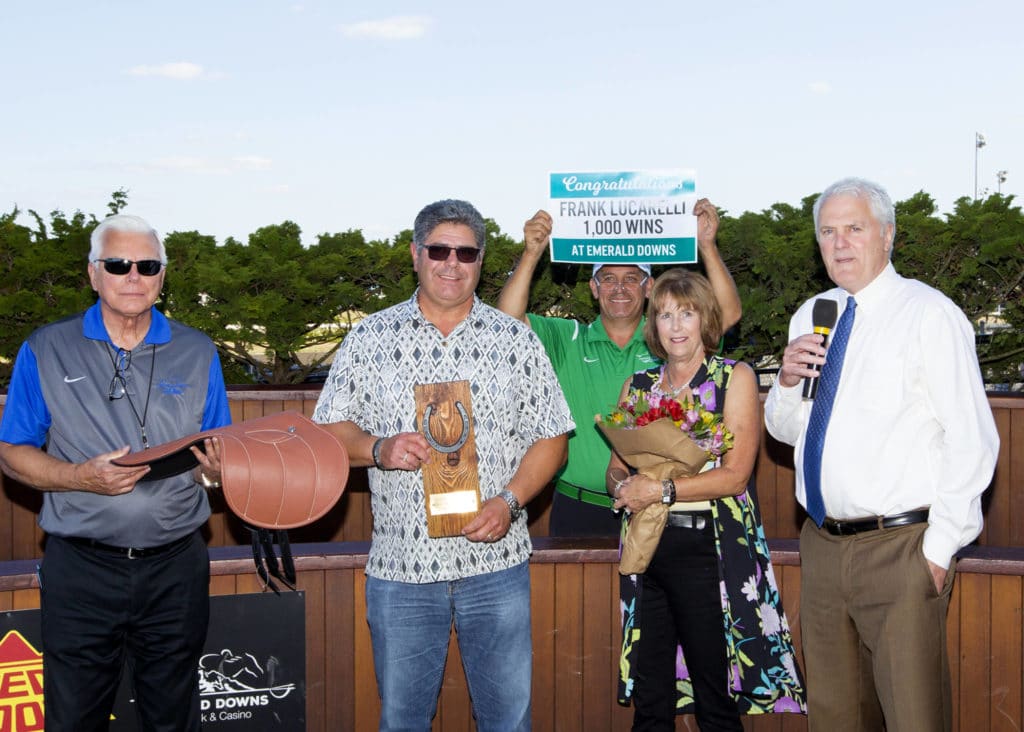 Crest Drive rolled to a 14 ½-length victory in race five Sunday to give trainer Frank Lucarelli his 1,000th victory at Emerald Downs.

A five-time Emerald Downs’ training champion, Lucarelli is No. 1 all-time in both wins and earnings, and with 57 wins on pace for his greatest season at Emerald Downs.

Lucarelli, 62, was presented with an engraved saddle and plaque by Emerald Downs’ Vice President Jack Hodge, and credited his family and stable help.

“I love it up here at Emerald Downs,” Lucarelli said. “ I just want to thank everyone at the track, my wife Pam, my assistant Dennis Snowden, my owners, my grooms. . .I want to thank all of them.”

Ridden by Gary Wales, Crest Drive ($8) ran six furlongs in 1:09.58 and also gave Chad Christensen his meet-leading 21st victory as an owner. Although the race was a blowout, there were some anxious moments as the stewards posted an inquiry, and Ryan Barber on runner-up Front Row Friends lodged an objection alleging interference at the start. However, no change was made to the order of finish.

Lucarelli added victory No. 1,001 in race seven with Legitimate Cause ($4.20) and has a chance to break the single-season record of 66 wins shared by Tim McCanna and Jeff Metz.

Lucarelli, who also maintains a string of horses in Northern California, has 1,783 wins overall and over $22 million in earnings.