AUBURN, Wash. (May 19, 2021) – The ultra-consistent Muncey rallied past Starzan and scored a 1 ¼-length victory Wednesday in the $20,900 Muckleshoot Casino Purse as Emerald Downs opened its 25th anniversary season of live racing. 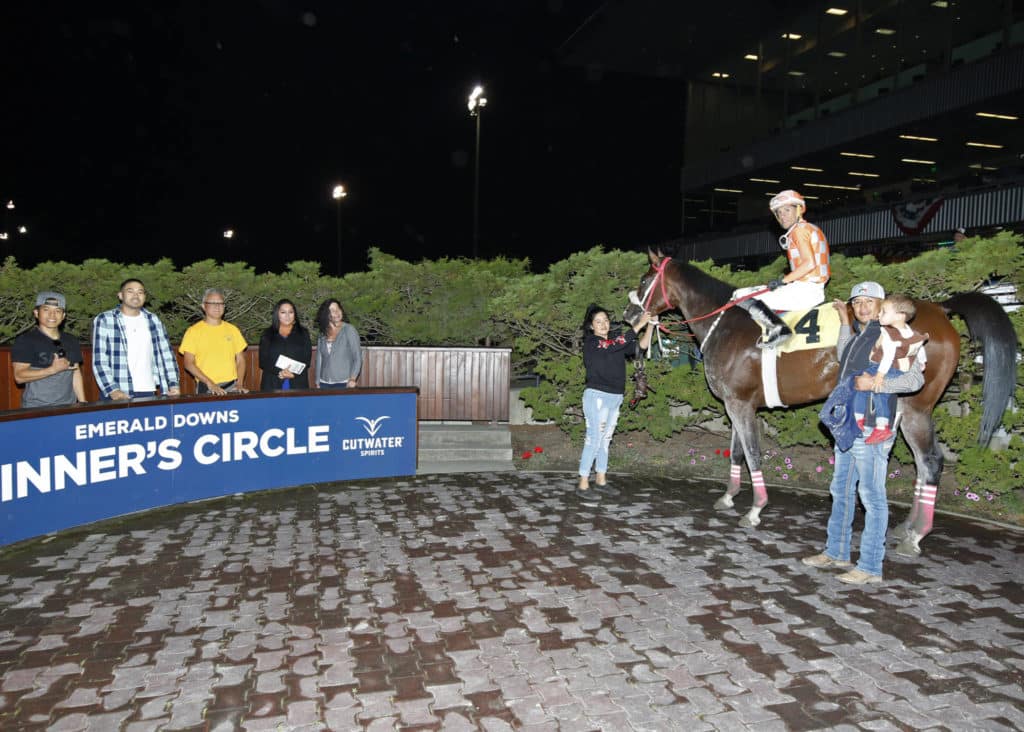 Julien Couton was the riding star opening night with four winners including three straight in races four, five and six. But the equine star was Muncey, a talented son of Munnings whose consistency was finally rewarded in the evening’s feature race.

Ridden by Jennifer Whitaker, Muncey swept by the leaders in the final furlong, and stopped the teletimer in 1:04.12 for 5 ½ furlongs. The winner paid $9.60 as fourth choice in the wagering.

The victory snapped a nine-race skein dating to 2019 and a victory in the WTBOA Lads Stakes. Although winless in 2020, Muncey racked up two seconds, five thirds while earning over $26,000 for trainer Howard Belvoir and owner Rising Star Stable VII. Wednesday’s victory, worth $11,495, boosted the 4-year-old’s earnings to $62,213.

Starzan, longest shot on the board at 39 to 1, nearly led gate to wire under Cerapio Figueroa, setting fractions of :22.48 and :45.45. Hard to Deny, ridden by Juan Gutierrez, finished third and was followed by Stand To, Spittin Image, Time ’n Time Again and My Grandpa.