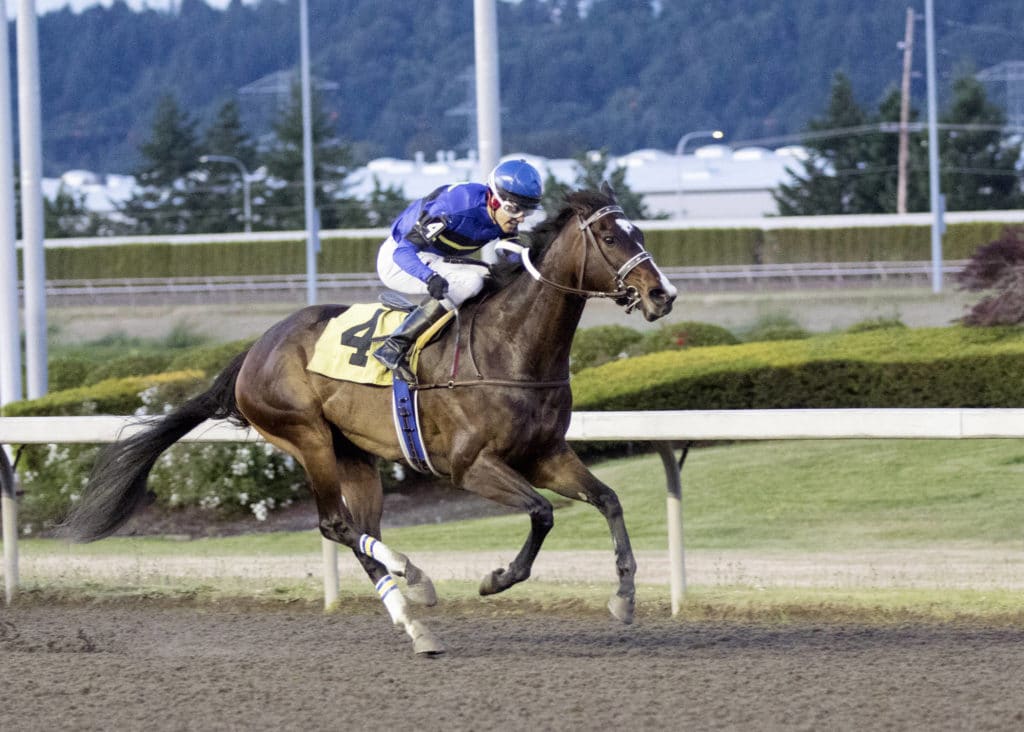 AUBURN, Wash. (June 9, 2021) – Spittin Image shook off Forever Gold into the stretch and powered to a 3 ¾-length victory Wednesday in the $20,900 Muckleshoot Casino Purse for 3-year-olds and up at Emerald Downs.

With Alex Cruz aboard for his fourth victory of the night, Spittin Image ran six furlongs in 1:10.16 and paid $15.20, $8 and $4.60. Chris Stenslie is the winning trainer and co-owner with One Horse Will Do Corporation.

The younger brother of 2016 Horse of the Meeting O B Harbor, Spittin Image dueled through fractions of :21.76 and :44.26, kicked clear while racing inside of Forever Gold and drew off through the lane.

A 4-year-old Washington-bred gelding by Harbor the Gold-Flying Memo, Spittin Image improved to 2-3-2 in nine starts with earnings of $40,049. He finished last season with three straight runner-up finishes vs. allowance company and finished fifth in his 2021 debut three weeks ago.

Igottabooboo, ridden by Kevin Radke, rallied to finish second in his season debut and paid $6.40 and $4.20. Time ’n Time Again, with Javier Matias riding, closed from last to finish third and paid $4. Stand To, Coastal Jazz, Hard to Deny and Forever Gold completed the order of finish; Perfect D was scratched.

Cruz, the defending riding champion, has at least one win on 32 consecutive days is now tied with Julien Couton atop the jockeys’ standings with 13 wins each.