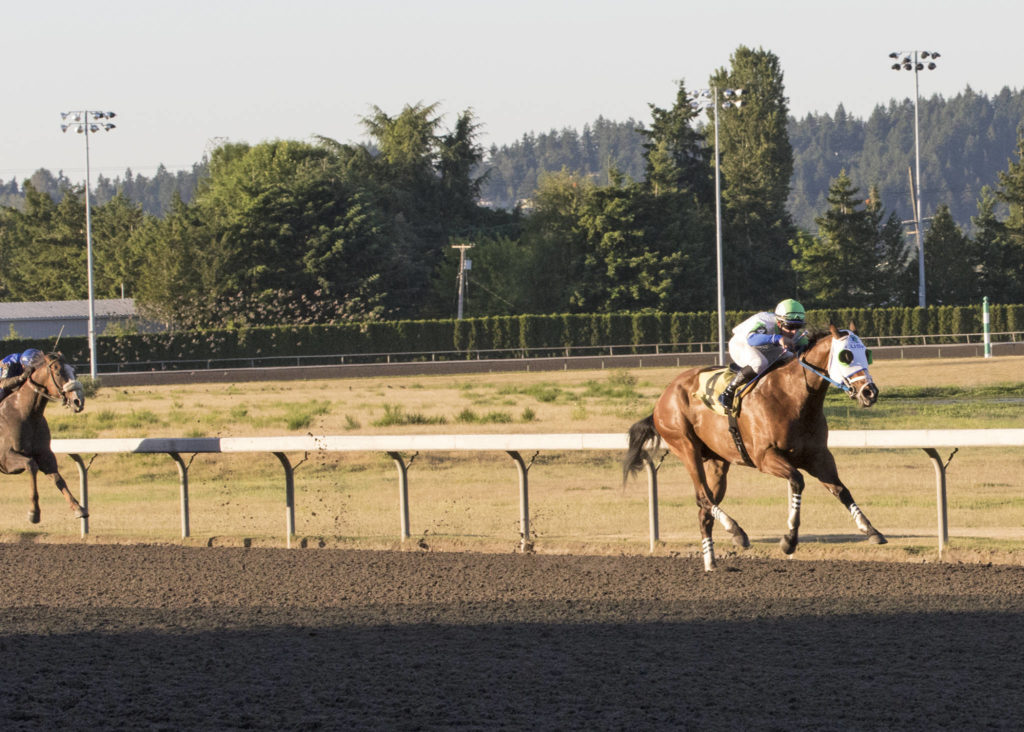 AUBURN, Wash. (June 2, 2021) – Papa’s Golden Boy blazed to a gate to wire six-length victory Wednesday in the $23,100 Muckleshoot Casino Purse for 3-year-olds and up at Emerald Downs.

Breaking from the No. 3 post-position, Papa’s Golden Boy rocketed to a long early lead–setting blistering fractions of fractions of :21.43, :43.57 and :55.54–and the outcome was never in doubt.

Catfish Hunter, ridden by Kevin Radke, chased the winner from second the entire way around the track, but settled for second place. Oh Marvelous Me and Collusionist rounded out the order of finish.
Windribbon and Take Charge Deputy were scratched. 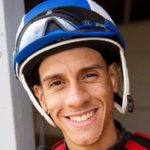 With the victory, Cruz now has at least one riding victory on each of the last 30 racing days at Emerald Downs, tying the record set by Kevin Radke in 2003. Cruz, the defending riding champion, began the streak August 6, 2020, and finished the season with 25 straight days with at least one win. With the victory on Red Noon Rising, he now has victories the first five days in 2021.

Trained by Joe Toye and owned by Greg and Chuck Conley and Terra Firma Farm, Red Noon Rising ran 5 1/2 furlongs in 1:04.19 and paid $6.20 as the betting favorite. The stewards called an inquiry into the stretch run and Eddie Martinez, jockey of fourth place finisher Lady Campbell, claimed foul against the winner alleging interference in the stretch. However, no change was made to the order of finish.

Cruz has mounts all 10 races Thursday in his bid to set the record.