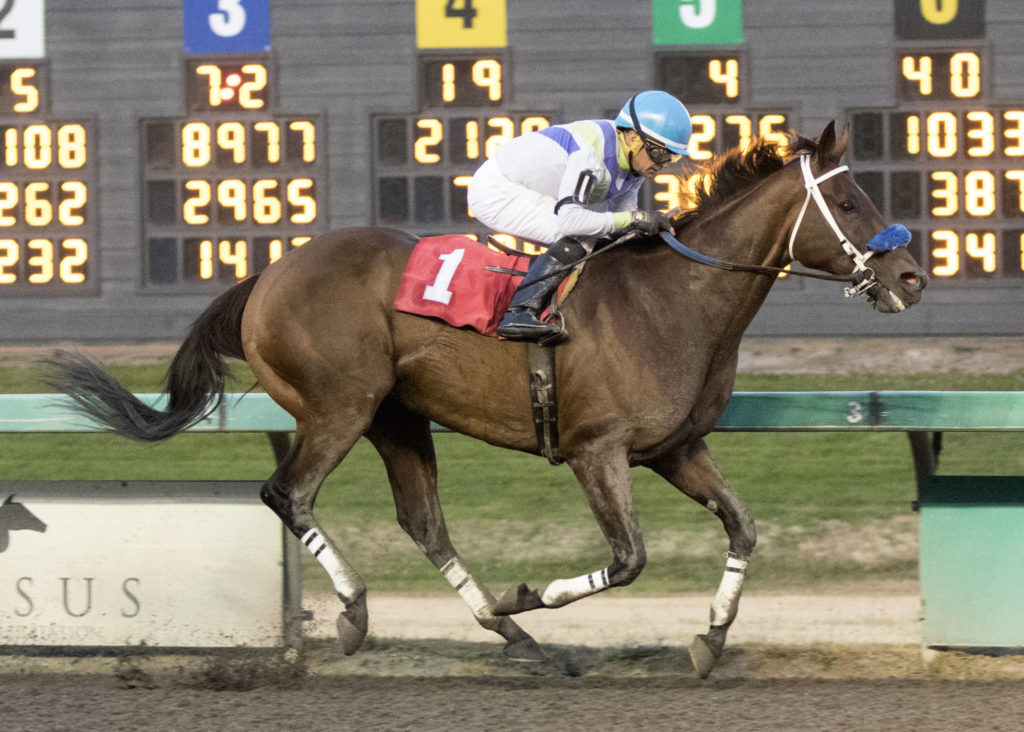 The track’s all-time leader in wins, Mike Man’s Gold improved to three for three this season with a five-length victory in Thursday’s $9,680 Muckleshoot Casino Purse for 3-year-olds and up at Emerald Downs.

Ridden by Kevin Radke, Mike Man’s Gold ran six furlongs in 1:12.05 and paid $4 as the betting favorite. Joe Toye is the winning trainer and co-owner with Greg Conley and Chuck Conley.

An 11-year-old Washington-bred by Liberty Gold, Mike Man’s Gold improved to 26 for 61 at Emerald Downs, a career that began with a maiden victory July 7, 2012. He has at least one win each of the last 10 seasons including four stakes victories. Mike Man’s Gold also ranks seventh in all-time track earnings with $348,898 and 38th among Washington-bred earners with $375,004.

Mike Man’s Gold was claimed for $6,250 Thursday by trainer Candi Cryderman and owner John Parker, the ninth time the gelding has been claimed in his 79-race career.

Tumac Mountain, second longest price at 19 to 1, rallied to finish second while Crest Drive overcame a poor start and finished third. Code Charlie, the leader through fractions of :21.92 and :45.03, finished fourth and Pure Pursuit, Dudley Studley and Fuzzy Dolphin completed the order of finish.