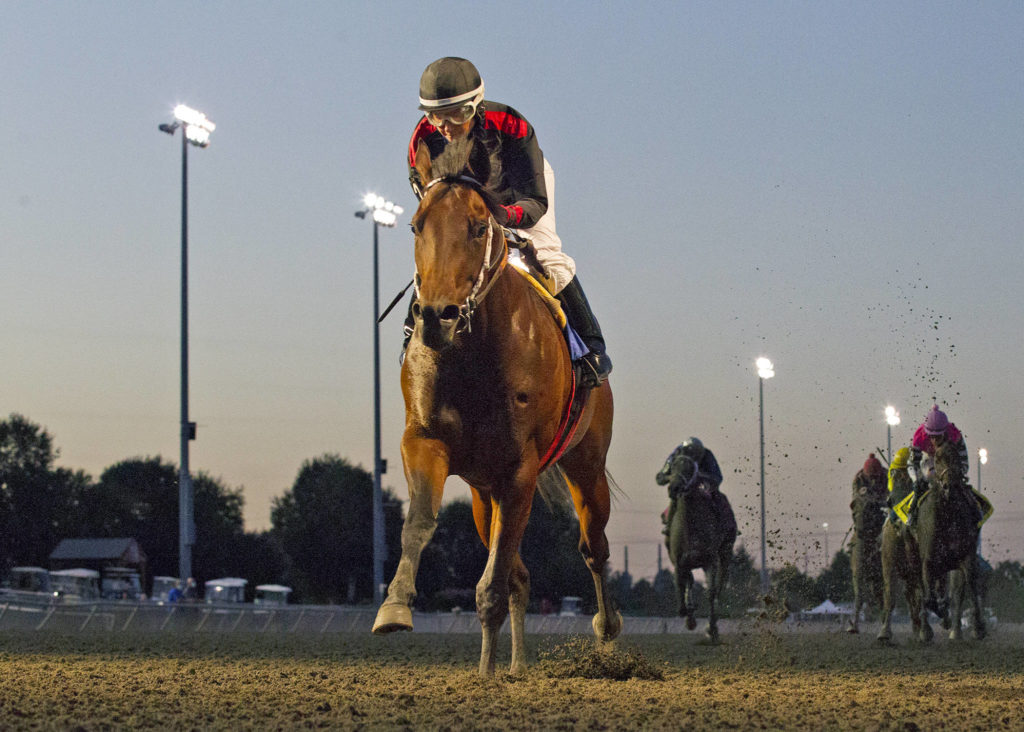 AUBURN, Wash. (August 27, 2020) – Dutton delivered a dazzling debut Thursday evening at Emerald Downs, leading all the way for a record nine-length victory in the WTBOA Lads Stakes for 2-year-old colts and geldings.

Dutton was to have debuted in the King County Express last month but was a late scratch after a starting gate mishap. Nothing was amiss this time. Breaking from the No. 3 post, Dutton outsprinted John’s On Point for the early lead, set fractions of :21.74 and :44.05 for the quarter and half-mile, kicked four lengths clear into the stretch, and drew off to win with complete authority.

The winning margin broke the stakes record of eight lengths set by Name for Norm in 1996.

A Washington-bred by Noosito-Ms Moscow Mattie, Dutton sold for $30,000 at the 2019 WTBOA Yearling Sale and showed a series of blazing workouts this spring and summer. Thursday’s victory was worth $19,800.

Seattlesbestsecret, ridden by Alex Cruz at 119 lbs, chased the winner home to finish second and paid $4.60 and $3.60. The Steve Bullock trainee now has a win to go with seconds in the King County Express and WTBOA Lads Stakes. 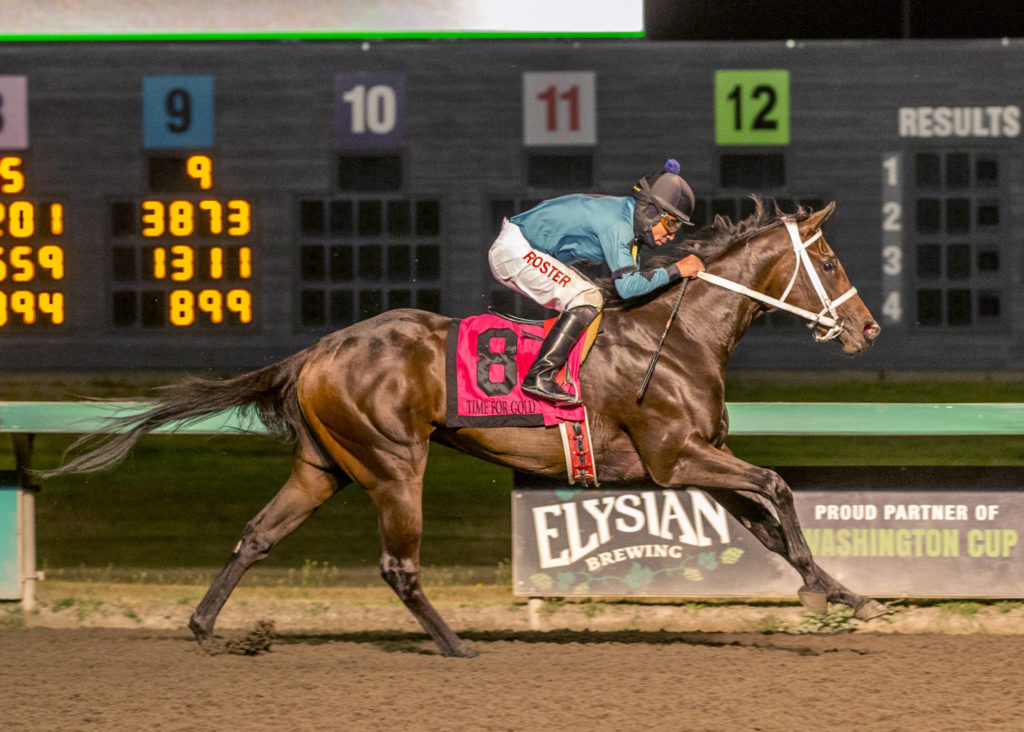 An hour after Dutton captured the Lads Stakes, Time for Gold delivered another brilliant performance in the $40,000 Barbara Shinpoch Stakes for 2-year-old fillies.

With Javier Matias riding at 121 lbs, Time for Gold ran 6 ½ furlongs in 1:15.68—fastest by a 2-year-old filly at the distance in track history—and rolled to an 11-length victory for trainer Frank Lucarelli and owners Chad Christensen and Josh McKee. The winner paid $3.60, $2.60 and $2.10 as the odds-on choice in a field of eight.

The winning margin broke the stakes record of 8 ¾ lengths set by Princess Kennedy in 2015 and bettered Time for Gold’s nine-length victory in the Angie C Stakes last month.

“Lots of horses run one big race, but to do it two straight times makes me think she’s a really good horse,” said Lucarelli, who has saddled four of the first eight stakes winners at the meet.