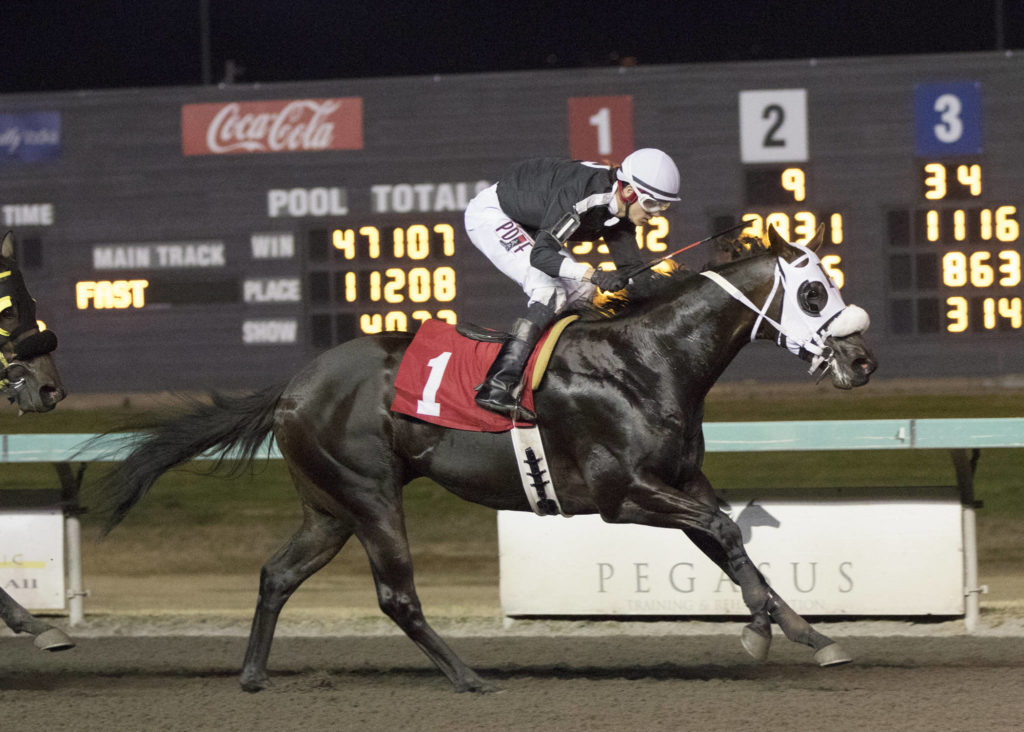 With leading rider Alex Cruz aboard, Ice Needs Whiskey covered six furlongs in 1:11.01 and paid $5.80 as the public betting choice. Kay Cooper is the winning trainer for Homestretch Farms Inc.

Breaking alertly from the No. 1 post-position, Ice Needs Whiskey set fractions of :22.04, :44.95 and :57.55, holding off Igottabooboo through the lane for the victory.

A maiden defeating winners, Ice Needs Whiskey is 1-1-0 in two career starts with earnings of $15,565. The winner is a 3-year-old Washington-bred by Private Gold-Arco Iris, and younger brother of I Keep Saying, who in 2014 set the track and world record of 1:12.94 for 6 ½ furlongs.

Igottabooboo, a 9 to 1 shot ridden by James Wooten Jr., chased the winner from starting gate to finish line, holding second by 1 ½ lengths over third-place Temple Secret. Hygh I.Q., Stand to and Perfect Dude rounded out the order of finish.

Lochness was scratched earlier in the day.