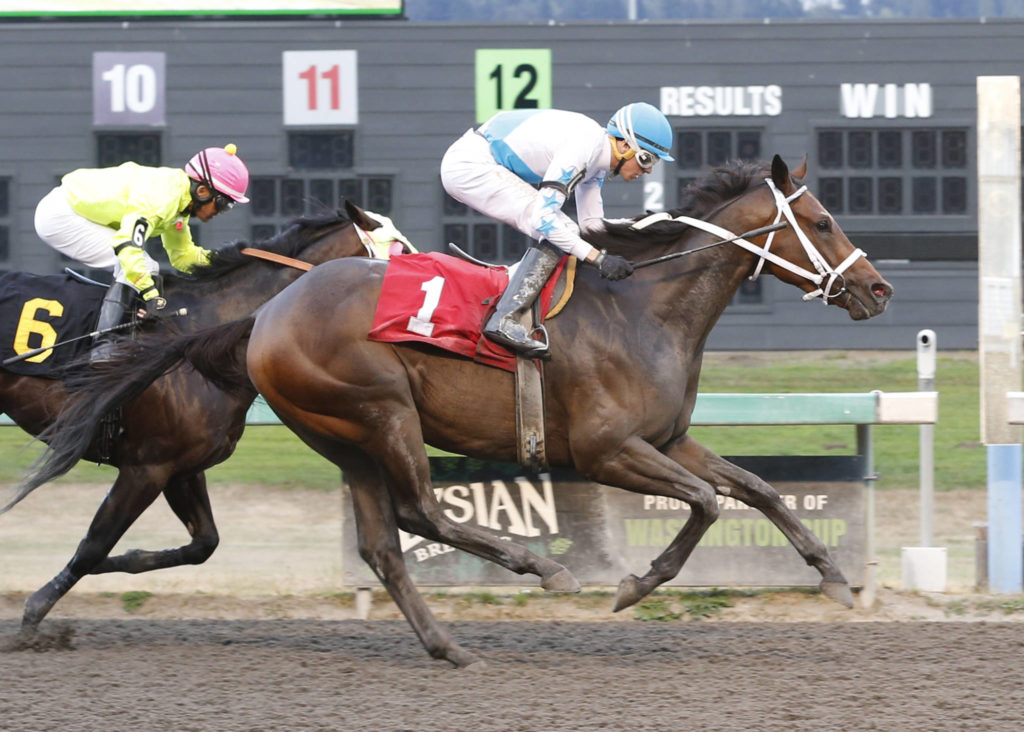 AUBURN, Wash. (Sept. 4, 2022) – Complicate edged past Five Star General in the final strides for a three-quarter-length victory in Sunday’s $31,000 Muckleshoot Casino Purse for 3-year-olds and up at Emerald Downs.

Ridden by Alex Cruz, Complicate ran one mile and 70 yards in 1:39.22 and paid $22.80 as fourth choice in the wagering. Ken Person is the winning trainer for owner Missed the Boat Stable.

Slew’s Tiz Whiz, ridden by Jose Zunino, made a strong move on the last turn but failed to sustain the bid and finished third. A 4-year-old Washington-bred by Slew’s Tiznow, Slew’s Tiz Whiz is 3-0-1 in six starts at the meet with $132,112 in earnings for K D Thoroughbreds.

Top Executive finished fourth while El Alto Hombre and House of Lords completed the order of finish. Hard to Deny and Spittin Image were scratched earlier in the day.

Among the most celebrated trainers in Washington history, Harwood ranks No. 1 in Emerald Downs stakes wins (67), fifth in overall wins (561), and fifth in earnings (over $8 million). She trained Noosa Beach, owned by her husband Jeff Harwood, to a dominant win in the 2010 Longacres Mile.