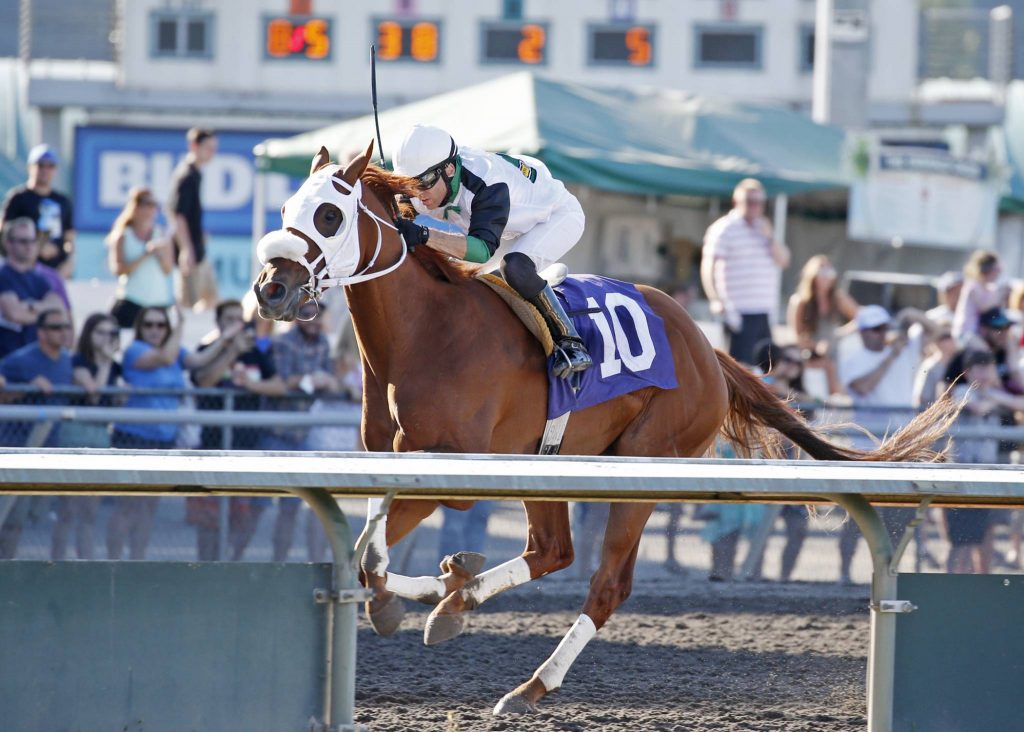 AUBURN, Wash. (July 9, 2017) – Monydontspenitself gained the lead into the lane and powered home for a 3 ¾-length victory over Aberdeen Island in the $18,500 Muckleshoot Casino Purse for 3-year-olds Sunday at Emerald Downs.

With Juan Gutierrez riding his third winner on the card, Monydontspenitself ran 6 ½ furlongs in a very fast 1:14.68 and paid $13.60, $5.80 and $4.80. Kay Cooper is the winning trainer for Where We At, a syndicate headed by Paul Heist of Auburn and Jack Fabulich of Edgewood.

A Kentucky-bred by Street Boss-Precious Princess, Monydontspenitself sold for $115,000 at the 2015 Keeneland September Yearling Sale and showed good ability to win his lone start as a 2-year-old before finishing second to stakes winner Keller’s Gold in his 2017 debut.

Monydontspenitself finished off the board in two subsequent starts, the Auburn Stakes and Coca-Cola Stakes, but Sunday’s outing hinted that big things are in store.

Rallying three-wide around Battle Point Red and Aberdeen Island, Monydontspenitself gained command three-sixteenths from home and proved much the best Sunday, improving to 2-1-0 in five starts with earnings of $24,450.

Aberdeen Island, ridden by Julien Couton, won the pace battle with Battle Point Red, but lost the war to Monydontspenitself. Another of the many talented runners owned by Peter Redekop and trained by Blaine Wright, Aberdeen Island paid $3.80 and $3.20.

Battle Point Red, a maiden bet down to 8-to-5 favoritism, gave way after dueling through fractions of :21.93 and :44.15 and finished seventh.

Cooper said Monydontspenitself is pointed toward the $75,000 Emerald Downs Derby in three weeks. 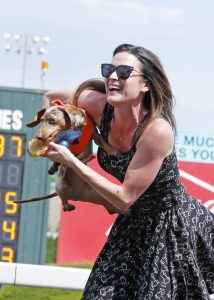 NOTES: Couton also rode three winners Sunday including the nightcap on 6-year-old mare Rockport Birdie ($7.60), who won her fourth straight and joined Jerre to Carrie as the meet’s only four-time winners. . .A couple of racing veterans combined for the win in Sunday’s sixth race as 10-year-old gelding Trelawny ($5.80) prevailed for 89-year-old trainer Bob Meeking. A Florida-bred by Three Wonders, Trelawny has 18 wins, over $500,000 in earnings, and has raced for 14 different trainers in a 72-race career that began Nov. 7, 2009 at Woodbine. . .Jockey Eliska Kubinova was off her mounts Sunday due to body soreness after a starting gate mishap in Saturday’s fourth race. . .Barkley, six furlongs in 1:11/40, and Stryker Phd, five furlongs in 1:01.20, both logged their final workouts for next Sunday’s $50,000 Mt. Rainier Stakes for 3-year-olds and up. At 1 1/16 miles, the Mt. Rainier is the final local prep for next month’s $200,000 Longacres Mile (G3). . .Sunday also featured the annual Wiener Dog & Wiener Wannabe Races at Emerald Downs. Booker, owned by Jaclyn Tucker of Seattle, romped in the Wiener Dog Final, and Murphy, owned by Marisa Clark, easily captured the Wiener Wannabe Final. Booker won a championship trophy while Tucker received two tickets to the Seahawks-Houston Texans game on October 29. . .. .Live racing resumes Friday with first post 6:30 p.m.