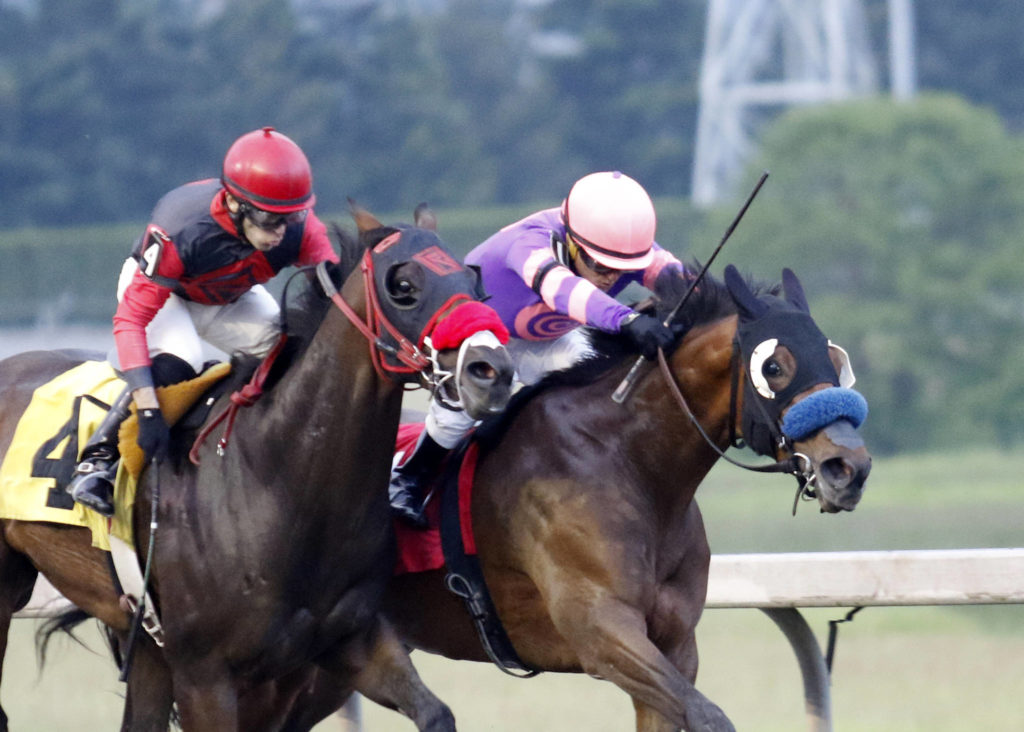 Ridden by Kevin Radke, Little Casino ran six furlongs in 1:09.15 and returned $6.60 as second choice in the wagering. Blaine Wright is the winning trainer for owners Tracy Henline and Paula Henline of Vernal, Utah.

Breaking from the No. 1 post, Little Casino moved into contention along the rail, engaged Smiling Goodbye on the turn, and the two 3-year-olds hooked into an elongated stretch battle with Little Casino proving narrowly best.

A Kentucky-bred by Orb, Little Casino was coming off a fifth to stable mate Executive Chef in the Auburn Stakes two weeks ago and is 3-0-1 in nine starts overall. Sunday’s victory was worth $13,750 and boosted his career total to $59,540.

Smiling Goodbye, the even-money favorite ridden by Juan Gutierrez, dropped a tough decision and settled for second place. Fourth in the Auburn Stakes, Smiling Goodbye is 1-2-0 in six career starts including a maiden victory at Santa Anita in March.

NOTES: Total mutuel handle was $1,573,321 on an eight-race card. . .Juan Gutierrez and Alex Cruz rode three winners each Sunday. . .Gutierrez rode 10 winners over the three-day race week—four Friday and three both Saturday and Sunday. . .Cruz tops the standings with 36 wins, followed by Gutierrez with 31, and Kevin Radke with 30. . .Vince Gibson led trainers with two wins. . .Jorge Rosales owns a 14-13 lead over Blaine Wright atop the trainers’ standings. . .Frank Lucarelli went 0-2 Sunday and remains at 1,999 career wins. Lucarelli has two horses entered Monday at Lone Star Park, both 15/1 on the morning line. . .You Go Girl skimmed the rail and scored a $13 upset in the $25,000 John Parker Racing Purse for older fillies and mares, running six furlongs in 1:09.12. . .No live racing Monday on the Fourth of July, although the track is open for simulcast wagering. Live racing resumes Friday at 7 p.m.