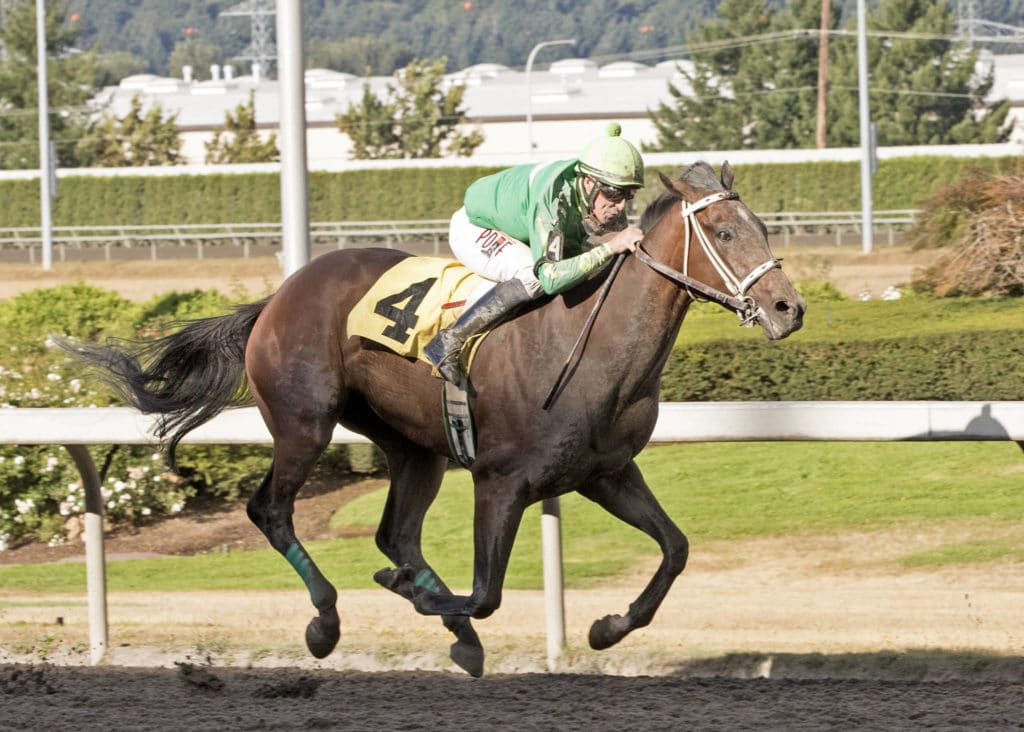 SLEW’S TIZ WHIZ GETS THE MONEY IN FEATURE RACE

With Jose Zunino aboard for his second feature race winner of the week, Slew’s Tiz Whiz ran one mile in 1:38.15 and paid $5.60 as the public betting choice. Tom Wenzel is the winning trainer for K D Thoroughbreds (Darlyne Krieg, Oak Harbor, Wash.).

In fifth place around the second turn, Slew’s Tiz Whiz remained inside before darting through an opening in upper stretch to win going away.

A Washington-bred by Slew’s Tiznow, Slew’s Tiz Whiz is a double winner at the meet and has an overall mark of 2-1-0 from five starts with earning of $25,750. Her dam, Ros’s Girl, is the sister of multiple Emerald Downs stakes winner Lady Rosberg.

American Buddah, also trained by Wenzel, edged Ididntseethatcomin for second place while Gordon Anthony, Rings of Saturn and Juspassinthru rounded out the order of finish. 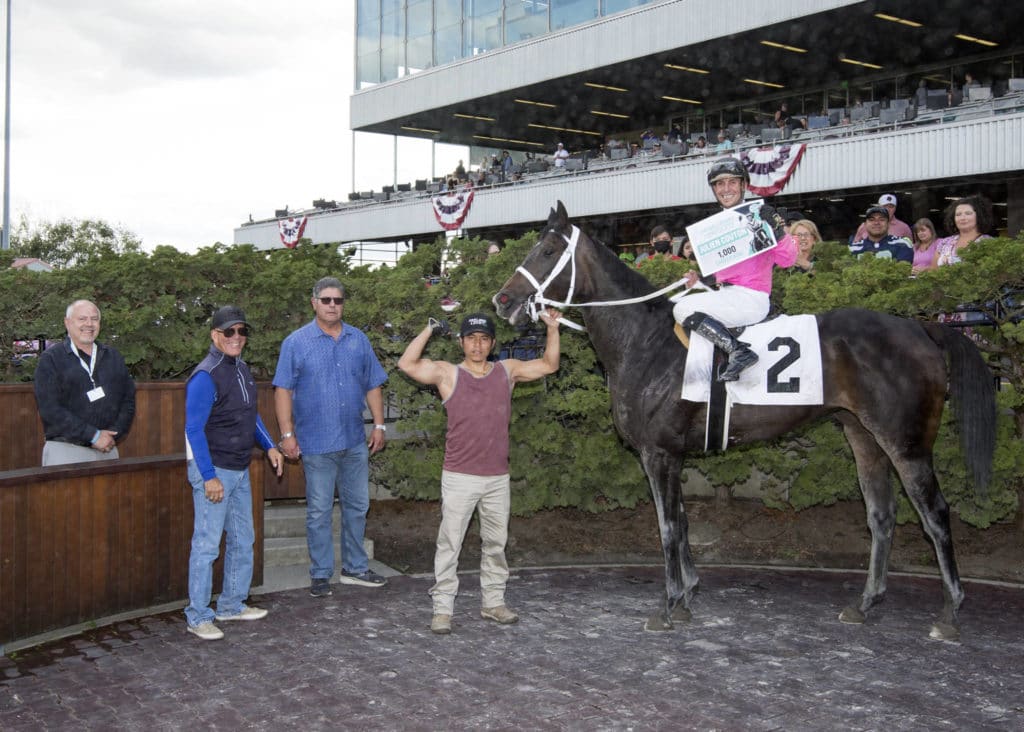 In Sunday’s sixth race, Julien Couton rode the 1,000th winner of his career with a head victory aboard Anatolia ($4.20) for trainer Frank Lucarelli and owner Peter Redekop. It was Couton’s second of three wins on the day and his 49th of the season, good for second in the Emerald Downs’ rider standings.

“I’m so grateful to be here and achieve this milestone,” Couton said in a brief winner’s circle ceremony. “It’s a great day for me, my wife and all of the horsemen who have supported me.”