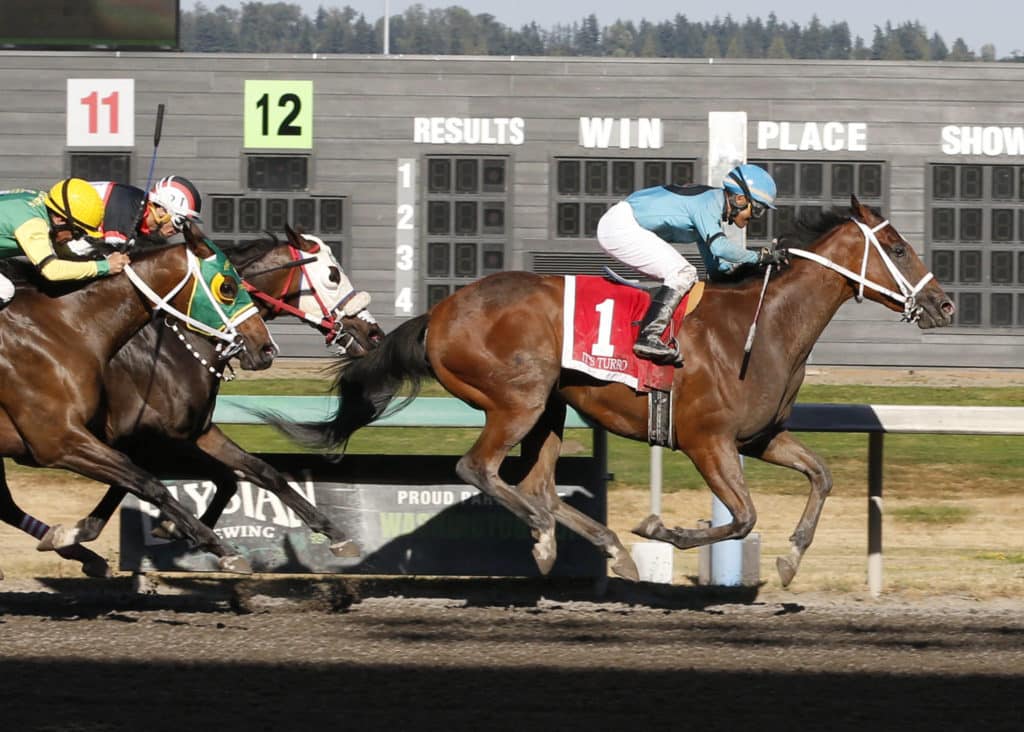 Perfectly ridden by Leslie Mawing at 121 lbs., It’s Turbo caught Chuckanut Bay and J C’s a Legend in the final strides to prevail by three-quarters of a length in 1:17.60 for 6 ½ furlongs.

Scoring his maiden victory in his third career start, It’s Turbo earned $27,500 to up his overall total to $35,300. A California-bred by Curlin to Mischief-Love Makor, Its Turbo previously finished fourth in a maiden special weight and third in the King County Express.

Mawing and Lucarelli now have five wins each in the WTBOA Lads including three for R.E.V. Racing—Trackattacker (2014), Mach One Rules (2015) and It’s Turbo.

Supermax, Deshambeau, and Mister Midas completed the order of finish. The 11-10 betting favorite, Deshambeau bobbled at the break and trailed the field early. 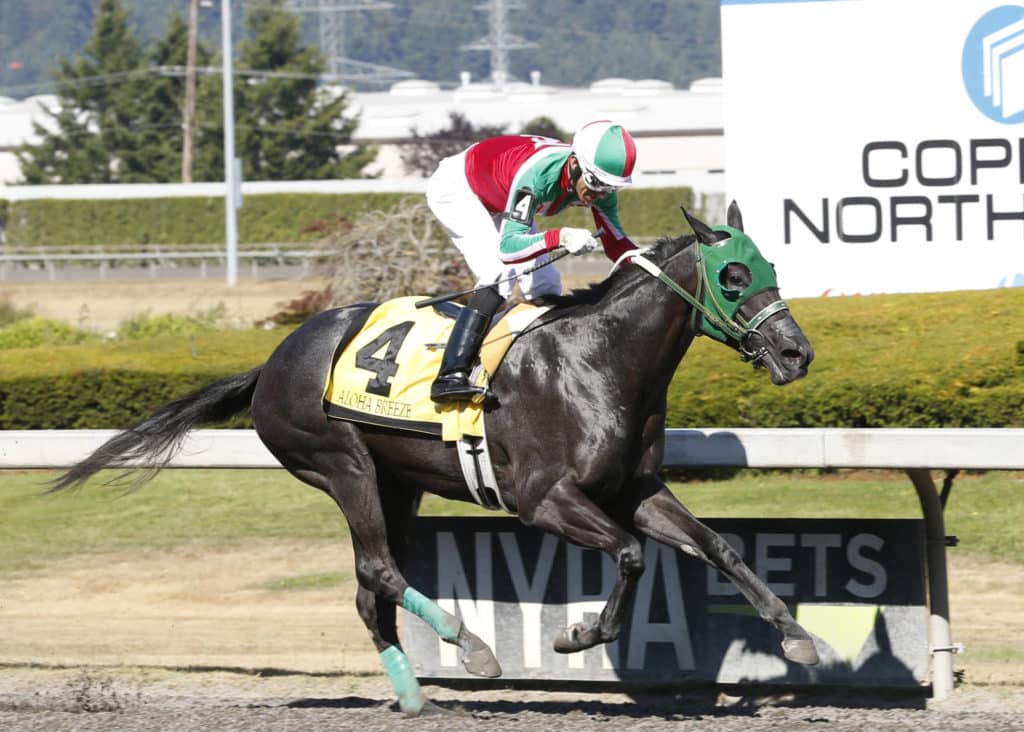 Aloha Breeze overtook previously undefeated Miss Dynamic into the lane and powered home for a 4 ¼-length victory in the $55,000 Barbara Shinpoch Stakes for 2-year-old fillies.

With Eddie Martinez riding at 123 lbs., Aloha Breeze ran 6 ½ furlongs in 1:18.01 and paid $12 as third betting choice in a field of six. Tom Wenzel, saddling his record-tying fourth Shinpoch winner, trains the winner for Dr. George Todaro of Seattle.

Aloha Breeze engaged Miss Dynamic from the inside on the turn, with the fillies battling through splits of :21.92 and :44.66, kicked clear into the stretch and proved much the best.

The victory atoned for the July 10 Angie C Stakes, in which Aloha Breeze finished a distant second as Miss Dynamic romped by 5 ½ lengths at 5 ½ furlongs.

“This was a special win because we believe in this filly,” Martinez said post-race in the winner’s circle “We knew (Aloha Breeze) had the talent.”

A Kentucky-bred daughter of The Factor, Aloha Breeze improved to 2-1-0 in three starts with earnings of $55,450 including $30,250 for Sunday’s triumph.

Miss Dynamic, the 2 to 5 favorite ridden by Juan Gutierrez at 120 lbs., weakened in the stretch and finished third. A $5,000 supplemental nomination, she earned $6,600 and is 2-0-1 from three starts with earnings of $47,575 for trainer Rigoberto Velasquez and owner/breeder Antonio Mendoza.