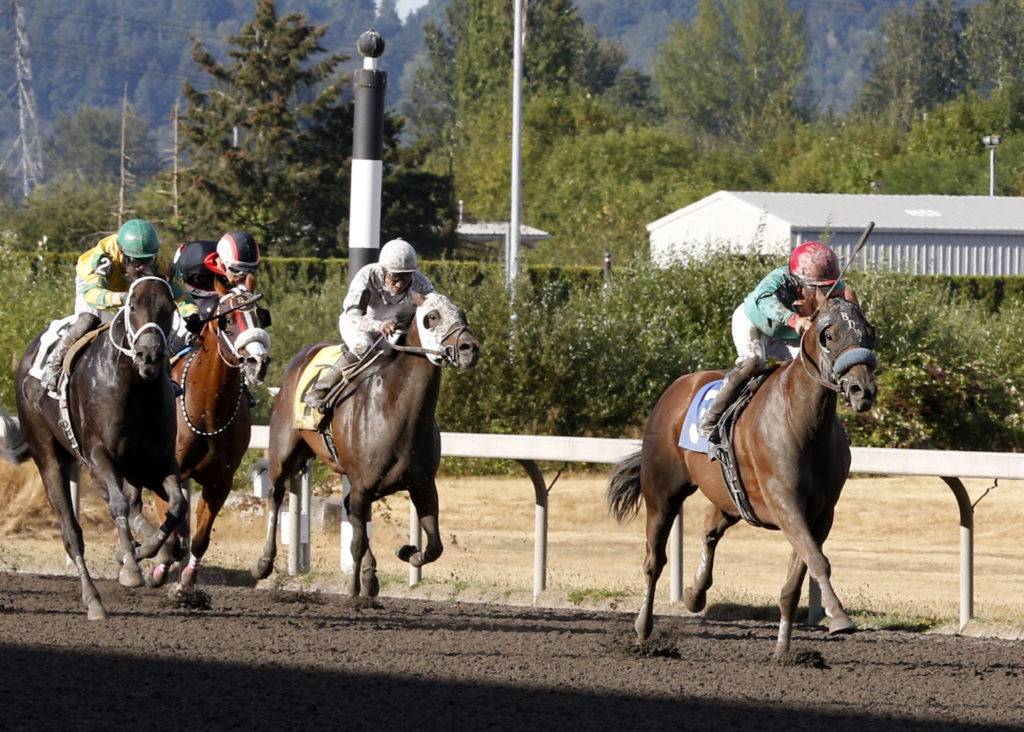 Ridden by a red-hot Kevin Radke, Mahi Mahi covered six furlongs in a brisk 1:08.96 and paid $5.20 as the betting favorite. Blaine Wright, saddling his third winner Sunday, is the trainer for owners Richard Caswell, Jim Strelo, and Shawn Horan.

In third place as Capital Expense and Curling Secret hooked up through a half-mile in :44.20, Mahi Mahi swept past Curling Secret at the eighth pole and drew clear for a convincing score.