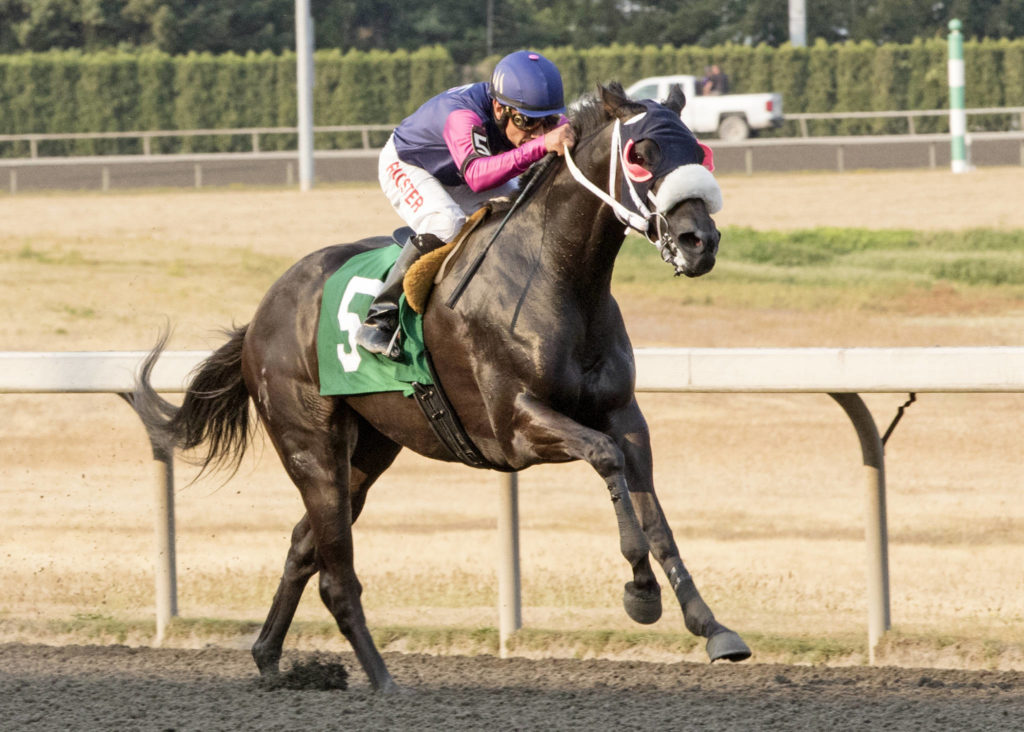 With Javier Matias riding, Nationheart zipped six furlongs in 1:10.73 and paid $2.80 as the prohibitive favorite. Kay Cooper, saddling her third winner of the weekend, is the winning trainer for owner Poseidon Partners II.

Breaking from the outside post in a five-horse field, Nationheart dueled with Street Demand through an opening quarter mile in :22.51 seconds, opened a four-length lead into the stretch and cruised to a dominant victory.

A 3-year-old Washington-bred gelding by Nationhood, Nationheart is 2-0-0 in four career starts—all at the current meeting—with earnings of $24,136. The bay gelding debuted wityh a four-length victory against. maiden special weights, followed by a fifth in the Auburn Stakes and a fourth vs. allowance company.

Street Demand, longest shot on the board at 25 to 1, held second while A Gem Is a Gem, Bloodhorse Bud and Bennyandthechicks completed the order of finish.