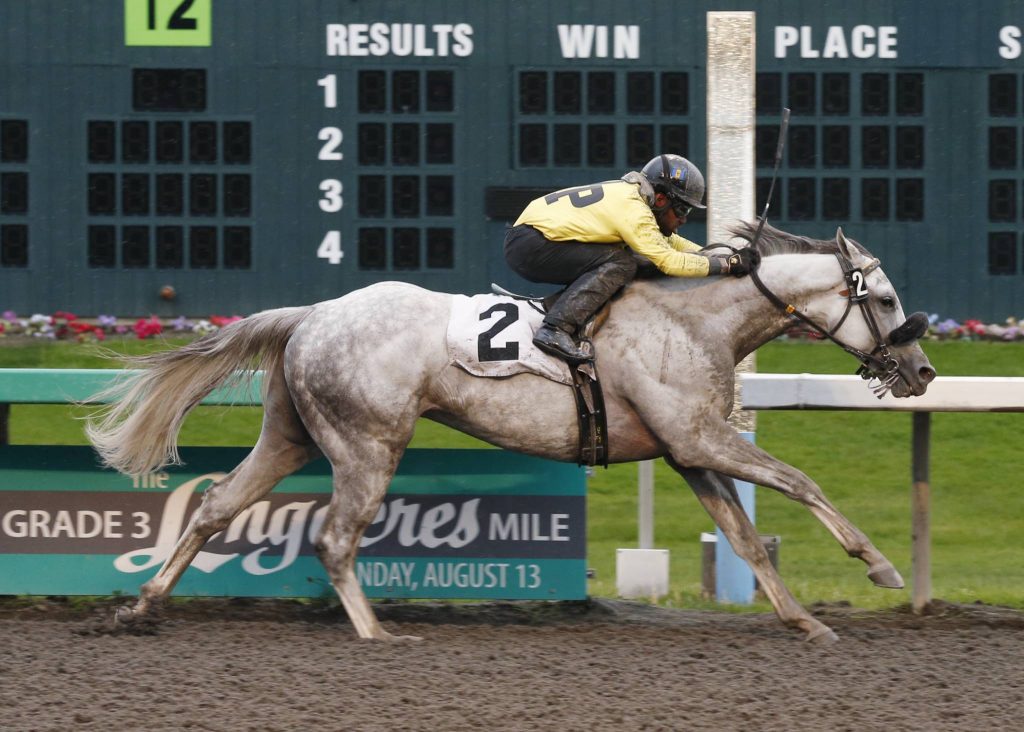 AUBURN, Wash. (April 30, 2017) –Blue Law collared Rallying Market in the final furlong and drew off for a 1 ¾-length victory Sunday in the $11,300 Muckleshoot Casino Purse for 3-year-olds and up at Emerald Downs.

With leading rider Rocco Bowen aboard, Blue Law covered six furlongs in 1:08.34 and paid $9.80, $3 and $2.40. Candi Tollett and owner John Parker—who also combined for a pair of wins Saturday—are the winning trainer and owner.

A 5-year-old Kentucky-bred gelding by Dunkirk, Blue Law was claimed four races back for $12,500 at Santa Anita, and finished a close second in his local debut two weeks ago.

Rallying Market, the 6-to-5 betting favorite ridden by Juan Gutierrez, kicked clear into the lane but yielded to the winner past mid-stretch and finished second. Rallying Market paid $3 and $2.40.

Pakokohe, who defeated Blue Law on April 16, finished third and paid $3.60 to show. Only the High Road, Lord Walton and No Talking rounded out the order of finish.

Regalstone was a late scratch.