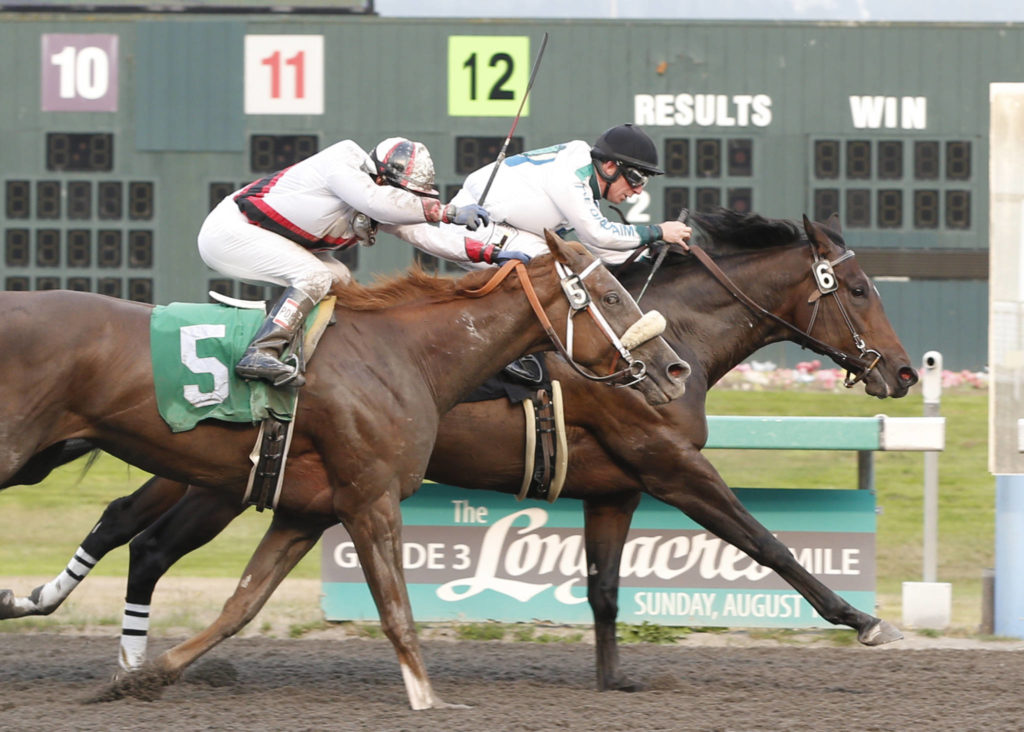 Gazing (No. 6) holds off My Heart Goes On

AUBURN, Wash. (September 16, 2017) – Gazing held off My Heart Goes On and notched a neck victory Saturday in the $21,000 Muckleshoot Casino Purse for fillies and mares at Emerald Downs.

Ridden by Julien Couton, Gazing ran 6 ½ furlongs in 1:16.35 and paid $7.60 as second choice in the wagering. Terry Gillihan is the winning trainer for owner William Sandeman of Seattle.

Claimed for $15,000 out of her career debut in April, Gazing has been a picture of consistency this season. A 3-year-old Washington-bred filly by Harbor the Gold-Light My Ducks, Gazing is 3-2-0 in five lifetime starts with earnings of $35,175. 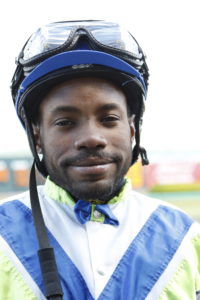 It’s the 33rd time a jockey has ridden five winners at Emerald Downs, but the first since Couton recorded a five-bagger September 19, 2015.

Bowen’s fifth win was especially dramatic, as Wine At Nine ($4.40) held off Remembertobreathe by a nose in race seven for 3-year-olds and up at one mile. It was victory No. 6 this season for Wine At Nine, tying the 5-year-old gelding with Rockport Birdie for most wins at the meet.

Bowen previously had eight four-win days at Emerald Downs, including four this season.

NOTES: Bowen and Couton swept the first eight races Saturday before Nathan Haar guided Galeforce Nine to a $14.20 upset in the ninth race finale. . .Rockport Birdie goes for her seventh win of the meet as the 3-1 morning line favorite in Sunday’s ninth race for $5,000 claiming fillies and mares. . . Wine At Nine improved to 6-1-1 in nine starts at the meet with earnings of $35,765 for Two Putts for the Win #19. . .Wine At Nine also has a win in every month this season: April 16, May 6, June 11, July 21, August 25 and September 16. . .With a victory in race three, Carr Creek ($5.20) gave trainer Joe Toye career victory No. 998. Toye, currently second with 34 wins at the meet, has four horses entered Sunday. . .Rio Hondo is having an interesting season at Emerald Downs. The 7-year-old gelding has three straight seconds, including a runner-up to Unbridled Candy ($8.20) in Saturday’s sixth race. Prior to that, Rio Hondo reeled off six straight third-place finishes. . .Live racing continues Sunday with first post 2 p.m.
–##–