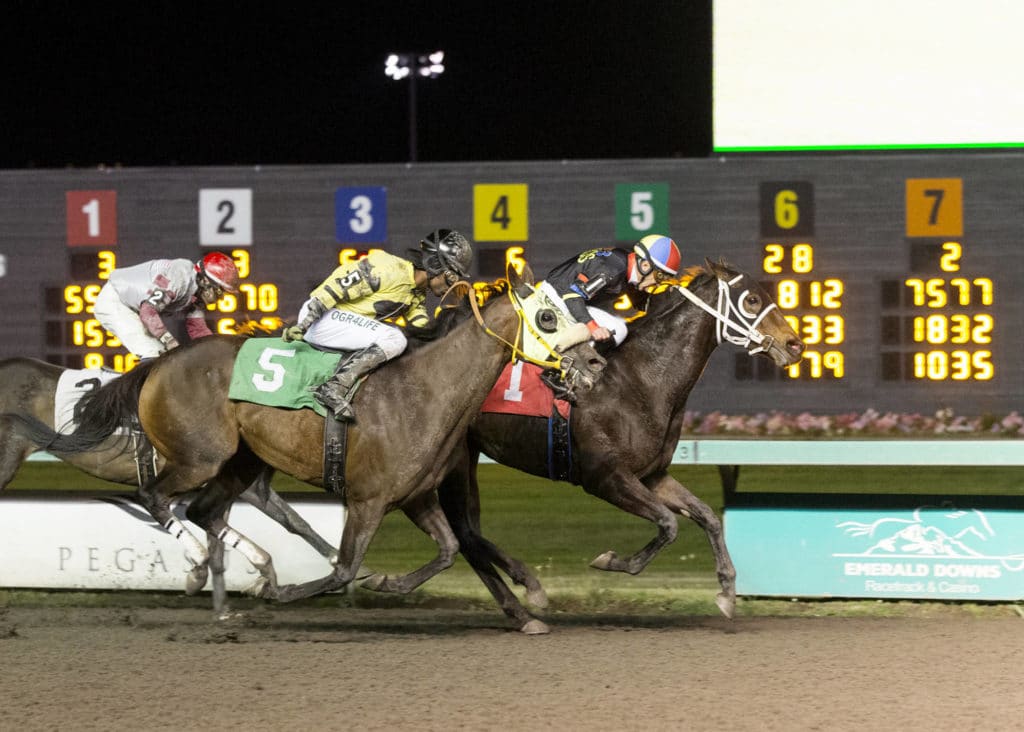 A 4-year-old Einstein filly, Brilliant Bird became a triple winner at the meet and is 5 for 15 lifetime with earnings of $75,782. She finished second in the 2018 Washington Cup Sophomore Filly Stakes.

Afleet Hope, ridden by Ryan Barber, rallied inside for third and paid $7.20, while Close the Show Lo, Risque’s Legacy, Beau Rocket and McDove completed the order of finish.

Beau Rocket, bidding for her fourth win in five career starts, tired in the lane and finished sixth. A 4-year-old Heatseeker filly, she was claimed for $25,000 Saturday by Where We At and trainer Kay Cooper. 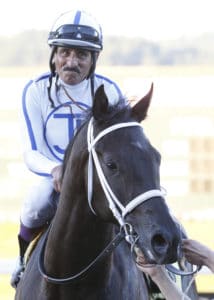 NOTES: Frank Lucarelli added three more wins Saturday—including a one-two finish by Sweet Susan B ($5.60) and Zumberta in the nightcap—to boost his single-season record to 74 wins in 63 days. It was Lucarelli’s 10th triple this season. . . Wine At Nine ($3.60) made it four wins this the season and 17 lifetime at Emerald Downs with a gate to wire victory under Javier Matias for trainer Vince Gibson and owner Two Putts for the Win #19. A 7-year-old Divine Park gelding, Wine At Nine is now tied with Buddy Dave and Olympic Lights for third on the track’s all-time win list. Mike Man’s Gold, who runs in Sunday’s $50,000 Muckleshoot Tribal Classic, is first with 22 wins, followed by West Seattle Boy with 21. . .Matias and Kevin Orozco each rode two winners Saturday. . .Jockey J. C. Estrada announced his retirement during a paddock interview with Joe Withee. A 55-year-old native of Santa Ana, Calif., Estrada was the 2007 Lindy Award winner for accomplishment and sportsmanship. . .Live racing continues Sunday with the $50,000 Muckleshoot Tribal Classic and $50,000 Washington Cup Filly & Mare Presented By Xpressbet. First post 2 p.m.
–##–