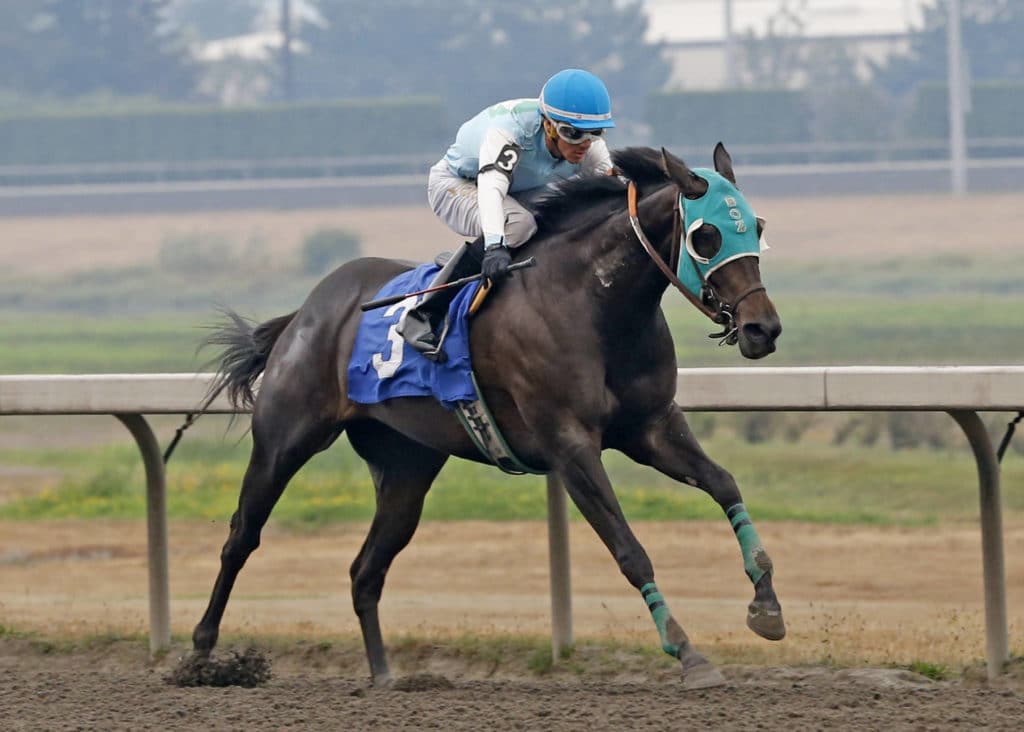 PEARL RIVER DELTA ALL THE WAY IN SATURDAY FEATURE

Nana’s Angels, the 3 to 2 betting favorite ridden by Juan Gutierrez, chased the winner gate to wire but settled for second, returning $2.80 and $2.40.

Suddenly Winning, ridden by Kevin Orozco, was a neck back in third and paid $6 to show, whole Opal Creek, Gold Coast Girl, Princess Payton, and Lassie Cat completed the order of finish.

NOTES: Total mutuel handle was $815,569 on an eight-race card. . . John Parker bagged his 24th win of the meeting with Mischief Road ($3) in race three, tying the third highest win total by an owner in track history. Chad Christensen with 32 wins in 2019 holds the track record, followed by Swag Stables with 27 wins in 2009, and Saratoga West and Chad and Josh with 24 wins each in 2015 and 2020. Parker ranks fourth all-time with 174 wins at Emerald Downs. . .Congratulations to trainer Candi Cryderman on her first three-win day of the meeting, scoring with Mischief Road, Mister Midas ($8.40), and Dontforgethesugar ($8.60). . .With three wins Saturday, Cruz opened an 88-71 lead on Kevin Radke in the jockeys’ standings. It was Cruz’ ninth three-win day of the meet. . .Juan Gutierrez rode two winners and is third with 66 wins. . .Jorge Rosales leads trainers with 36 wins, followed by Blaine Wright with 29, Frank Lucarelli with 27, and Cryderman with 26. . .Trainer Joe Toye has won with three of his last four starters including a gate to wire performance by Wear the Crown ($7.40) in Saturday’s fourth race. A 3-year-old Shackleford gelding, Wear the Crown is three for three lifetime at one mile. . .Live racing continues Sunday with first post 2:15 p.m. on First Responders Day.
–##–