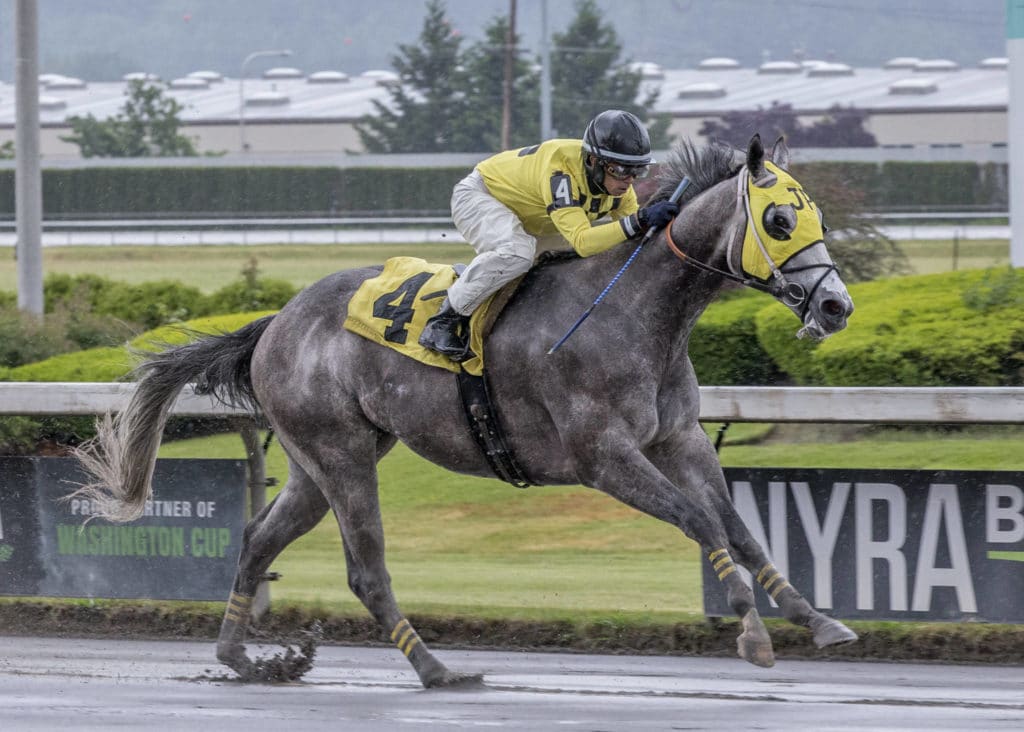 He’s Not Grey and Gary Wales

Ridden by Gary Wales, He’s Not Grey zipped six furlongs in 1:08.61 on a sloppy track and paid $4, $2.80 and $2.20. Candi Cryderman is the winning trainer for three-time Emerald Downs’ leading owner John Parker.

A 4-year-old by Slew’s Tiznow, He’s Not Grey has won five of his last six starts, and is 6-1-2 in 11 outings overall. The winner’s share, $6,160, upped his bankroll to $63,287. It also was the second feature race victory this season for the gray gelding, who scored by two lengths in the opening day feature last month.

Das Bear, bidding for his third win of the meeting, set the pace for the opening half-mile before yielding to He’s Not Grey and finished fourth. 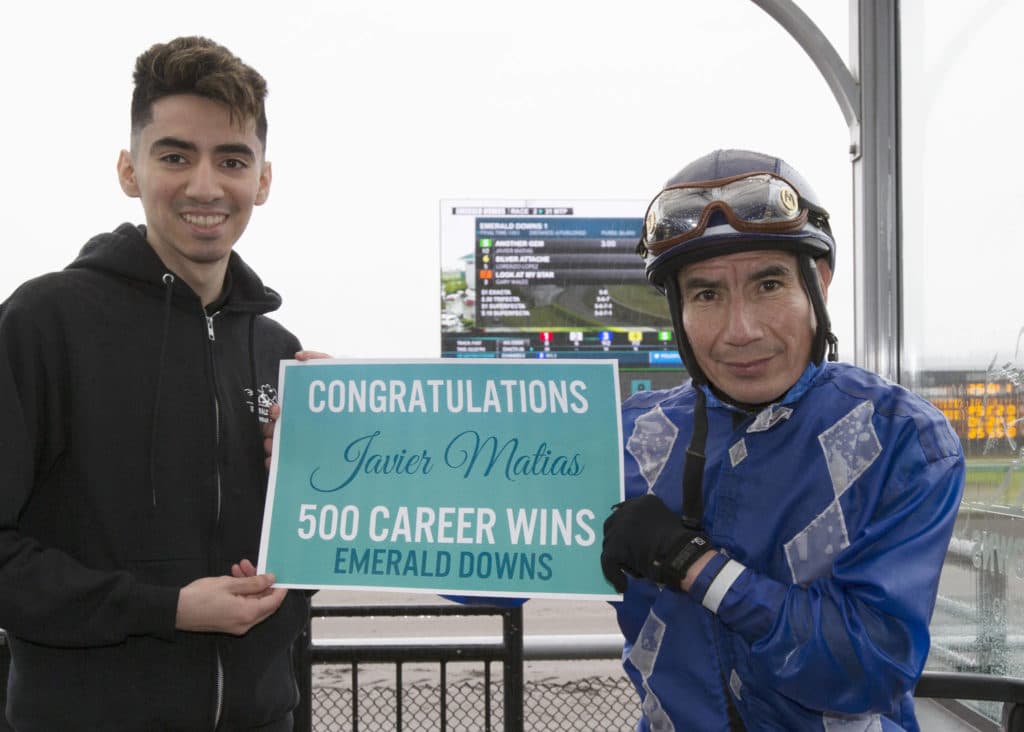 Javier Matias became only the ninth jockey with 500 career wins at Emerald Downs, achieving the milestone aboard Another Gem ($3) for trainer Vince Gibson and White Diamond Syndicate in Saturday’s first race.

“It’s a great feeling,” Matias said in a wet winner’s circle following his 500th win. “I want to thank owners and trainers for the opportunities to ride some good horses.”

Matias, who also won race six on Mystical Image, is off to a fast start in 2019, riding 12 winners in the first 13 days and is second to Gary Wales in the riders’ standings. Matias also ranks fifth all-time with 32 Emerald Downs’ stakes wins, topped by a victory on Barkley in the 2018 Longacres Mile.