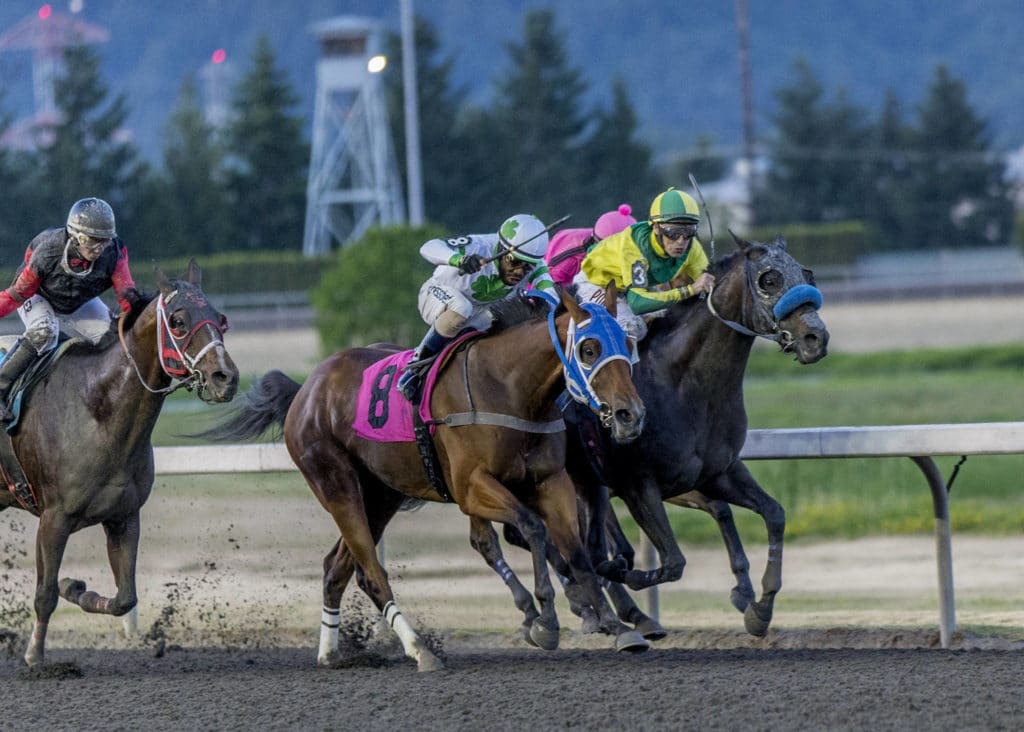 Trump Itz (No. 3 in yellow) rallies between Cody’s Choice (No. 8) and Miner Heat for the victory.

With Jose Zunino riding, Trump Itz covered 6 ½ furlongs in 1:16.73 and paid $18, $9 and $5.20. Blaine Wright is the winning trainer for owners John and Janene Maryanski and Riverbend Farm (Gail and Gerald Schneider).

Runner-up in the 2017 Gottstein Futurity, Trump Itz has an overall mark of 4-3-2 in 12 starts with $75,080 in earnings. Trump Itz, a 4-year-old Washington-bred by Coast Guard, has finished first, second or third in nine of 11 career sprints.

Cody’s Choice, ridden by Javier Matias, swept to the lead three-wide in mid-stretch but was outfinished late and paid $5.80 to show. Mixo also closed with a late bid and finished fourth while Miner Heat, the 3 to 2 favorite, weakened late and finished fifth. Payne’s Prairie, Legitimate Cause, Battle Point Red and Togrammashousewego rounded out the order if finish. 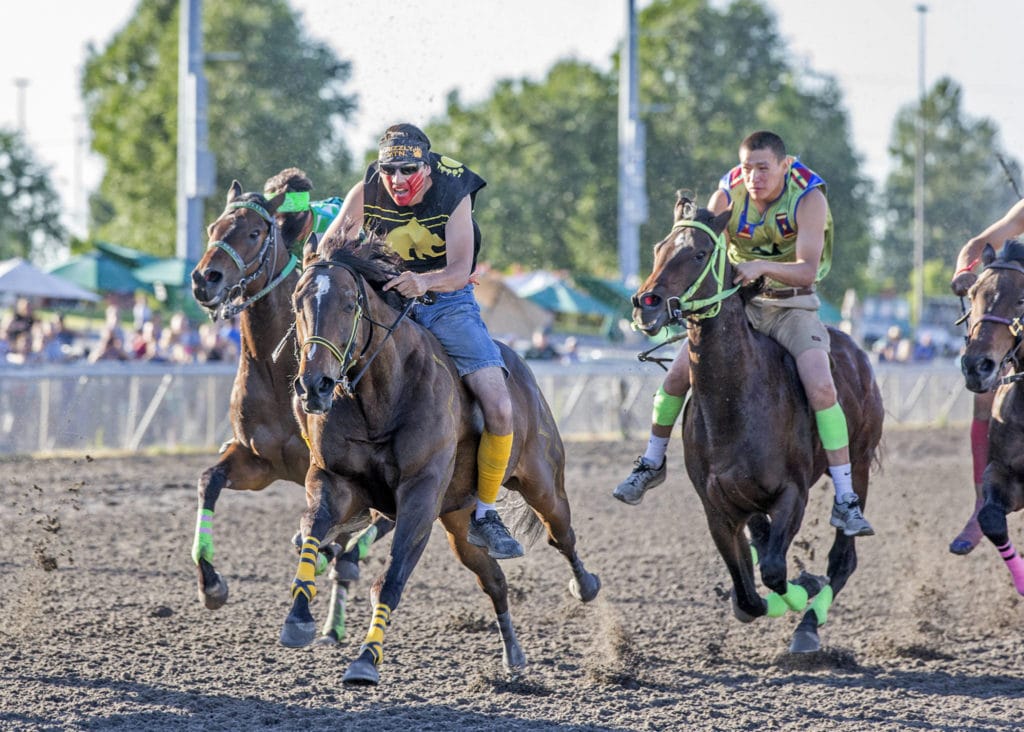