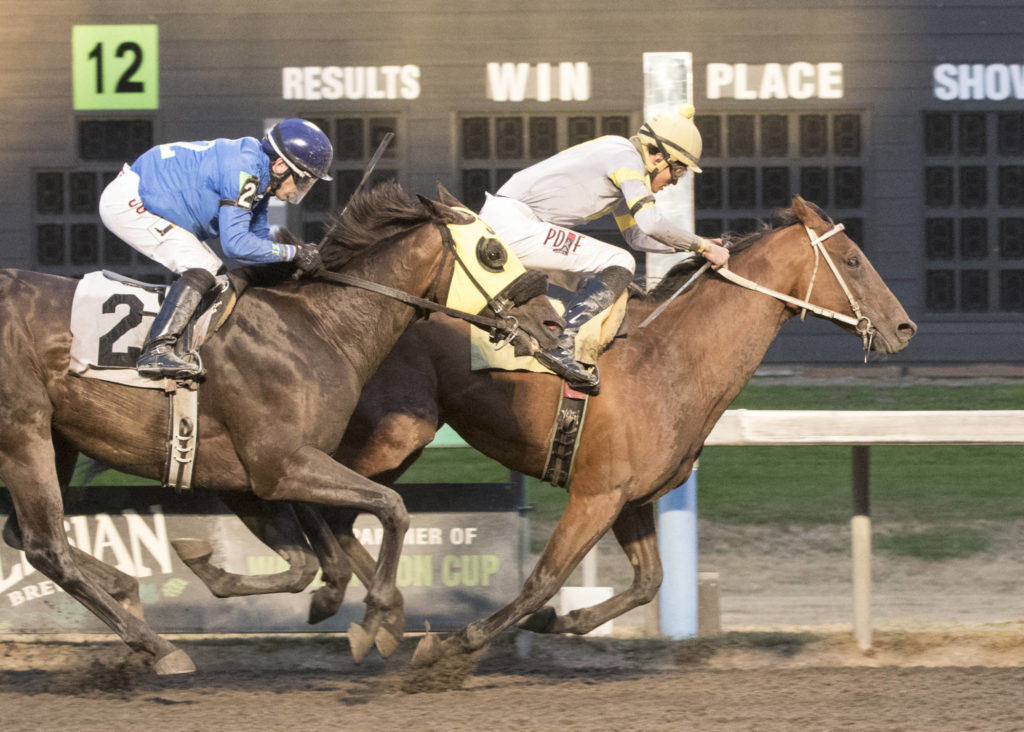 Remembertobreathe and Alex Anaya ride the rail to victory.

AUBURN, Wash. (July 17, 2021) – Remembertobreathe asserted his class in the stretch run Saturday, surging past Pistol Power in the final yards and scoring by a half-length over Pistol Power in the $10,500 Redhook Brewery Purse for 3-year-olds and up at Emerald Downs.

With regular rider Alex Anaya up, Remembertobreathe ran a mile in 1:36.63 and paid $24.20 for a $2 win ticket. Robbie Baze is the trainer for owner Dawn Spillman.

A 10-year-old Florida-bred by D’wildcat, Remembertobreathe is a study in consistency with two wins and two seconds from four starts at the 2021 meeting. The veteran gelding is 15 for 89 lifetime, including 9 for 40 at Emerald Downs, with career earnings of $249,002.

Last of six on the backstretch, Remembertobreathe saved ground on the turn, remained inside through the stretch and tagged Pistol Power late for the victory. Anaya has been aboard Remembertobreathe for his last five wins at Emerald Downs.

Pistol Power, with Juan Gutierrez riding, rallied to the lead past midstretch and poised for his fifth win two seasons at Emerald Downs but Remembertobreathe proved a little too much.

It was 6 ¾-lengths back to Silver Fury, ridden by Joree Scriver, in third place. Mister McLean, Buckley Bay and Benny the Jet rounded out the order of finish. 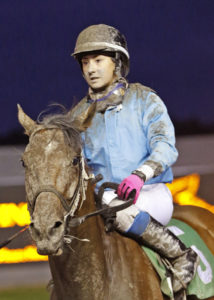 NOTES: There is a $30,364 carryover into Sunday’s $0.50 Pick 5 on races five through nine. . .Total mutuel handle on Saturday’s eight-race card was $1,092,679. . . Alex Cruz extended his record winning streak to 46 days with a hard-earned triumph on Extractor ($14) for trainer Blaine Wright in race seven. . .Joree Scriver, leading rider at the recently completed Grants Pass Downs meeting, notched her first win of the season aboard Laker Jet ($16.20) for owner/trainer Robert Bean in race six. . .Jose Zunino and Tom Wenzel clicked for a pair of wins: Our Lyla Grace ($5.60) in race three and Captain Dashi ($8.40) in the eighth race finale. . .Two-time defending training champion Frank Lucarelli continues to heat up, posting his second training double in three days with victories by New Every Morning ($3) and Temple Secret ($10.40). . .Wit, older brother of 2018 Longacres Mile champion Barkley, romped as the even-money favorite in Saturday’s $150,000 Sanford Stakes (G3) for 2-year-olds at Saratoga. . .At Del Mar, Ippodamia’s Girl ($14) prevailed in the $80,000 Osunitas Stakes for older fillies and mares on turf. A 6-year-old Stormy Atlantic mare, Ippodamia’s Girl is out of 2001 Northwest Stallion Stakes winner Ippodamia. . . Live racing continues Sunday highlighted by the $50,000 King County Express for 2-year-old colts or geldings and $50,000 Angie C Stakes for 2-year-old fillies. First post 2:30 p.m.
–##–