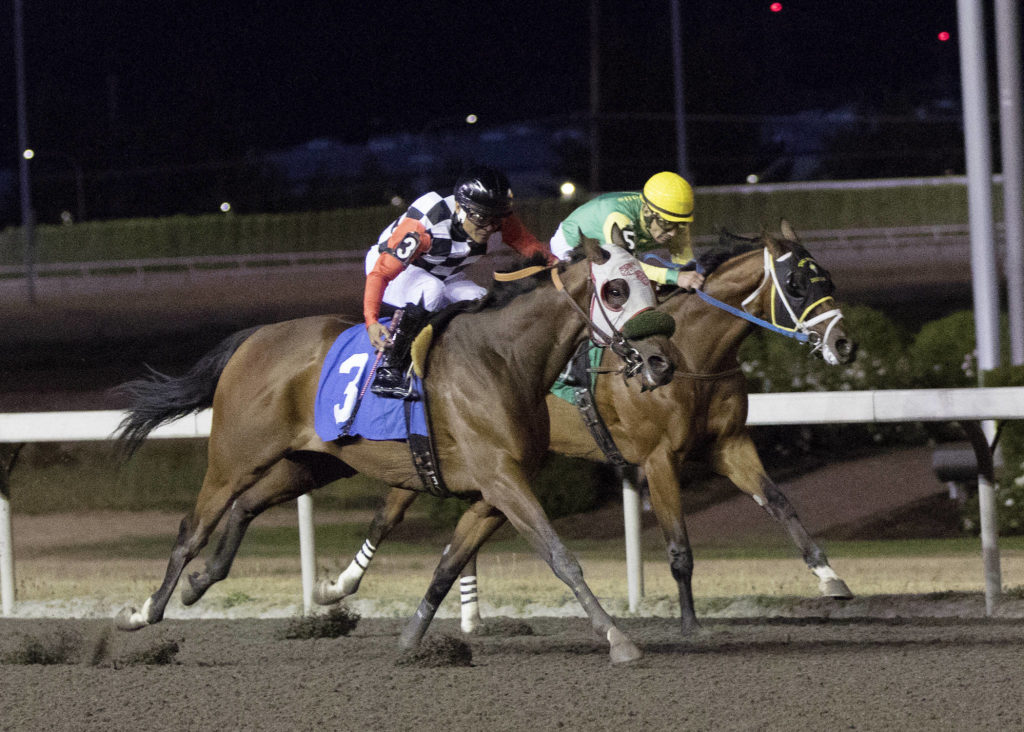 Lolo Paniolo (No. 3) surges to victory under Edgar Velasco

LOLO PANIOLO UP IN TIME FOR THE VICTORY

With substitute rider Edgar Velasco aboard, Lolo Paniolo covered 6 ½ furlongs in 1:16.69 and paid $6.20 as the second choice in the wagering. Tim McCanna is the winning trainer and co-owner with Al Hodge and Daniel Dapper.

A 4-year-old Kentucky-bred by Paynter, Lolo Paniolo has won three straight and is 3-1-0 in four starts since being claimed for $8,000 in May. His overall mark is 7-1-0 in 24 starts with earnings of $73,906.
There were some anxious moments, however, as Lolo Paniolo was blocked into the lane and had to angle out for racing room in mid-stretch before rallying once clear for the victory.

The Press, ridden by Jennifer Whitaker, finished third while Wilson to Lockett, Mixo, Swamp Souffle and Grinder Sparksaglo rounded out the order of finish. 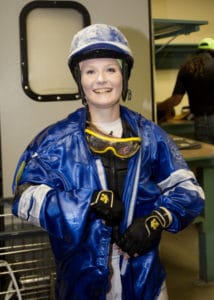