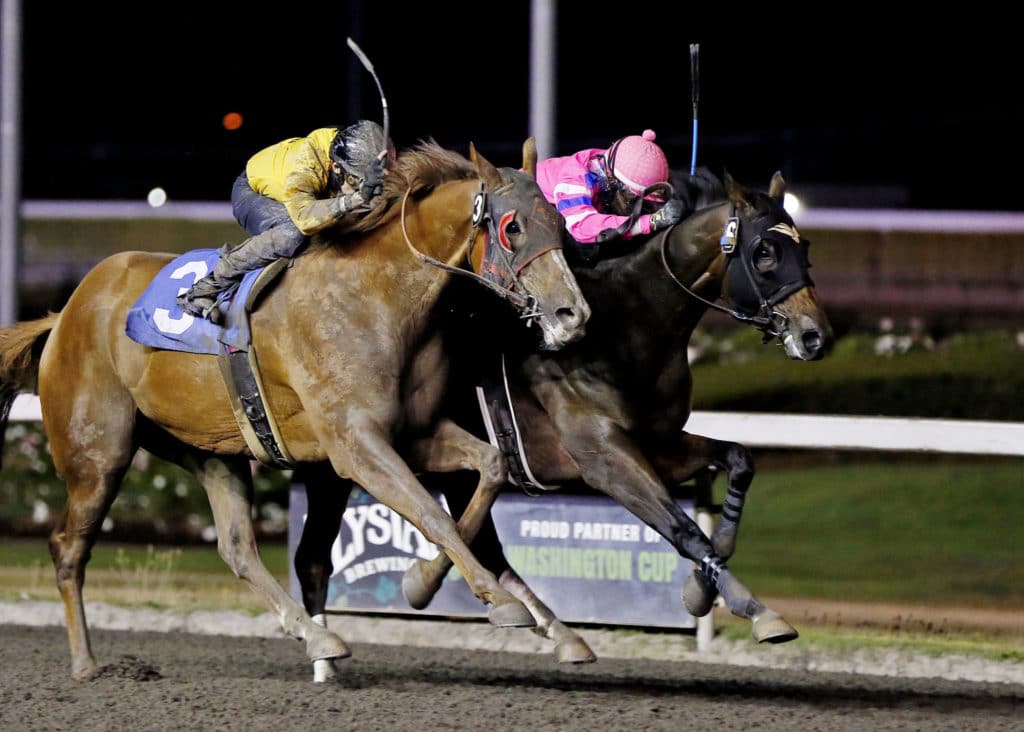 Opportunistic (right) holds off Hot Bobby (No. 3) in the Friday feature

AUBURN, Wash. (September 7, 2018) – Opportunistic took command into the lane and held off Hot Bobby for a head victory Friday in the $11,200 Muckleshoot Casino Purse for 3-year-olds and up at Emerald Downs.

For Opportunistic, who handed Barkley his first career defeat in the 2016 Emerald Downs Derby, the victory snapped a 12-race losing streak dating to a victory in the Winston Churchill Derby Trial in Vancouver on August 22, 2016. Opportunistic did it the hard way, too, dueling with Don’tbeshywillie through six furlongs in 1:10.41, shaking clear into the lane, and having just enough gas to hold off Hot Bobby in the final yards.

Hot Bobby, ridden by Eswan Flores, rallied late to just miss the victory and paid $5.80 and $3.80, while Sorryaboutnothing, the 9-5 favorite ridden by Jose Zunino, rallied from last to finish third and paid $2.60 to show. 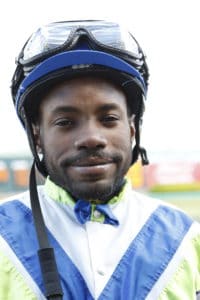 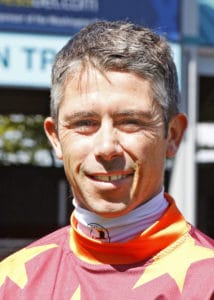 NOTES: Bowen (left) rode two winners Friday, boosting his season total to 97 wins in 59 days. He also moved into sole possession of fifth place all-time with 563 wins at Emerald Downs, two more than Frank Gonsalves. . .Jeff Metz had two wins Friday—Intermix ($21.60) and Shahalie Shari ($9.40)— and opened an eight-win lead over Blaine Wright, 43-35, atop the trainers’ standings. Metz is on pace for his fourth Emerald Downs’ training title and first since 2015. . .Wright leads in trainers’ earnings with over $710,000. . .With the victory abaord Shahalie Shari, Gary Wales (right) hit the 50-win mark in his first season at Emerald Downs. . .Gary “Trifecta King” Dougherty threw a ringer as the celebrity thrower in Friday’s weekly Horseshoe Toss, becoming the second track employee in a month with a ringer. Employees, however, are ineligible for the $1,000 prize. . .Only eight days of live racing left in 2018, beginning with an eight-race card Saturday at 5 p.m.