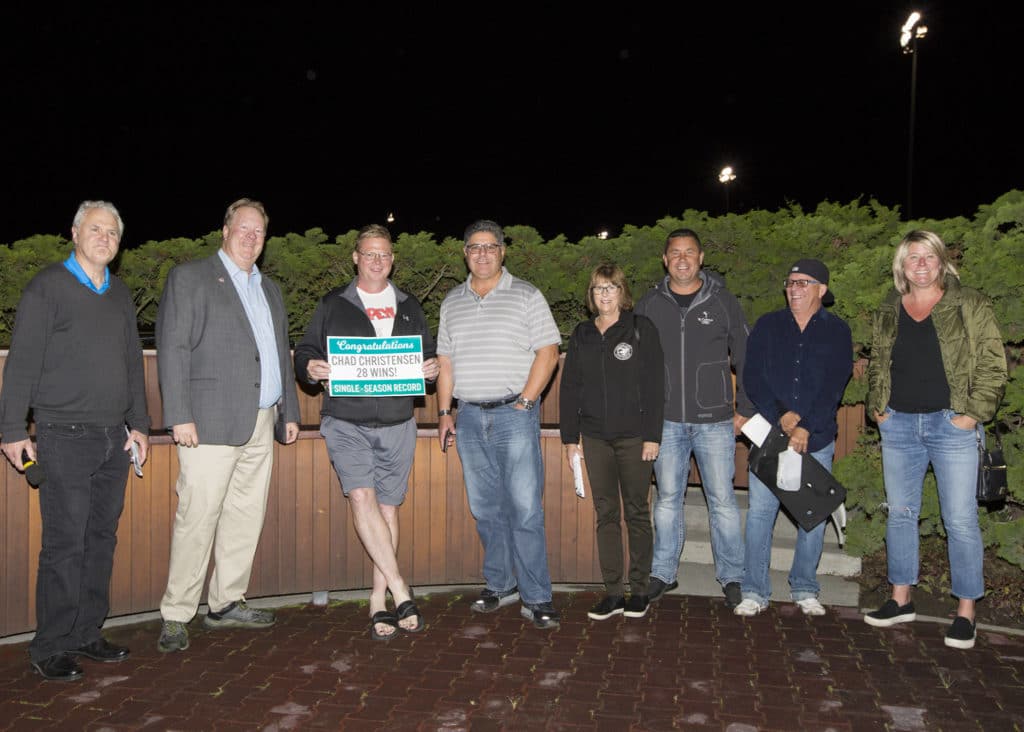 AUBURN, Wash. (September 13, 2019) – Pure Pursuit and Diction both scored victories Friday and Chad Christensen set the single-season record for most wins by an owner at Emerald Downs.

Christensen now has 28 wins this season, breaking the previous mark of 27 set by Swag Stables in 2009.

A newcomer to the sport, Christensen claimed his first horse toward the end of the 2018 season and broke the record in his first full season at Emerald Downs.

“Chad came to me last year and said he wanted to get involved, and we’ve had a blast.” Lucarelli said. “He’s aggressive and a lot of fun to work with.”

Diction ($5.20) scored the record-breaking 28th win for Christensen in race four, but it wasn’t easy. Ridden by Kevin Orozco, the 3-year-old Goldencents gelding raced head and head with 17 to 1 long shot Lesedi through the final furlong, with Diction prevailing by a head. 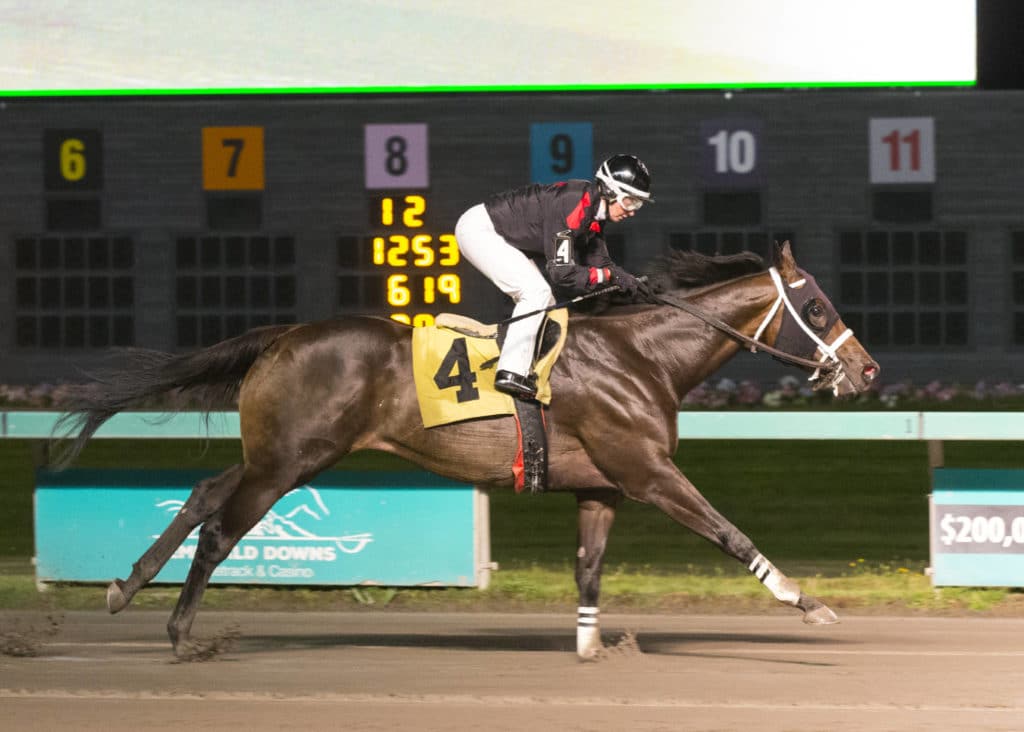 So Lucky and Jennifer Whitaker

SO LUCKY ALL THE WAY IN FEATURE

Ridden by Jennifer Whitaker, So Lucky won for the sixth time in 22 career starts and paid $20.60 to win. Howard Belvoir is the trainer for Pegasus Too and Rising Star Stable.

Golden Cowboy, bidding to give Lucarelli and Christensen their third win of the night, finished second, while Ivy Mike rallied inside for third. General Mach Four, attempting to become the meet’s first six-time winner, finished fifth.

NOTES: Belvoir is No. 3 all-time with 769 wins at Emerald Downs, and Whitaker ranks 10th among jockeys with 490 wins. . .Congratulations to trainer Tena Birdwell on her first Emerald Downs’ victory, scoring with 3-year-old gelding French Candy ($10.20) in the Friday finale. . .Kevin Krigger and Javier Matias rode two winners each on the seven-race card. . .Gary Wales, atop the standings with 93 wins, served the first of a two-day suspension Friday. . .Live racing continues Saturday at 5 p.m.
–##–