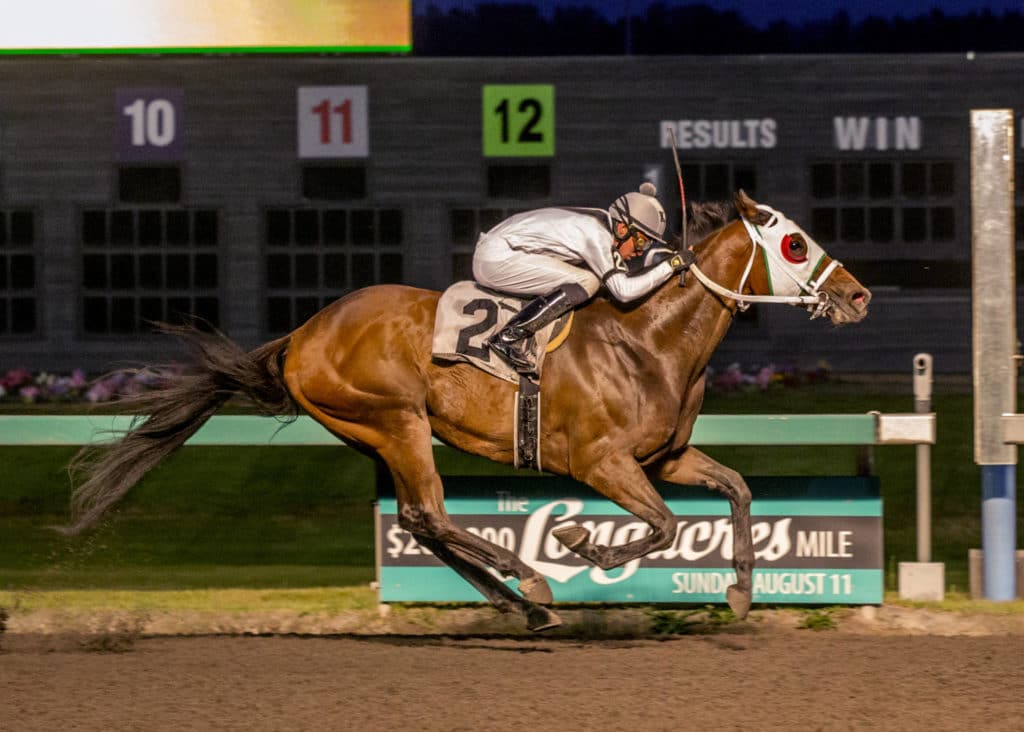 Smoothee Lee overcame some dicey moments to win going away. Stuck behind horses around the turn and into the lane, the odds-on favorite drove through an opening inside, gained command past mid-stretch, and drew off by 3 ½ lengths.

Cats Champ, a 30-1 shot ridden by Patrick Henry Jr., held second and paid $17.20 and $4.60, while Cats Touch, ridden by Jose Zunino, finished third and paid $4. Rough and Ready, Crest Drive and Front Row Friends completed the order of finish; Broka was scratched earlier in the day.

A 4-year-old Kentucky-bred gelding by Candy Ride Smoothee Lee joins Das Bear, Stay in Grace, E Z Star Maker, Roamin Effort and Rosies Baby as two-time winners at the meet. His overall record is 3-4-4 in 19 starts with $43,099 in earnings.

NOTES: Lucarelli has at least one win on 10 of 12 cards this season. . .Smoothee Lee accounted for $26,276 of $35,954 in the win pool; the $2.20 win pay is the smallest this season. . .Smoothee Lee was claimed by Still Dreaming Stable and trainer Vince Gibson. . .Speaking of hot trainers, Howie Gibson improved to 4 for 5 at the meet as Come On Miranda ($11.40) prevailed in the seventh race finale. . .Javier Matias notched his 499th career victory at Emerald Downs with the victory on Bear Minimum in race four. Biding to become only the ninth rider to win 500 races at Emerald Downs, Matias has two mounts on Saturday’s eight-race card. . .Jose Zunino tied Gary Baze for 14th place on the track’s all-time win list with a victory on Coastal Tulips ($4.60) in the third race. . .Congratulations to owners Where We At (Jack Fabulich, Paul Heist) for a victory with El Huerfano ($6.20) in Friday’s $67,000 feature race at Santa Anita. . .Yo Y Me ($7) prevailed in the $20,000 Inaugural Stakes as Arizona Downs kicked off its 35-day meeting in Prescott Valley, AZ. . .Live racing continues Saturday with first post 2 p.m.
–##–