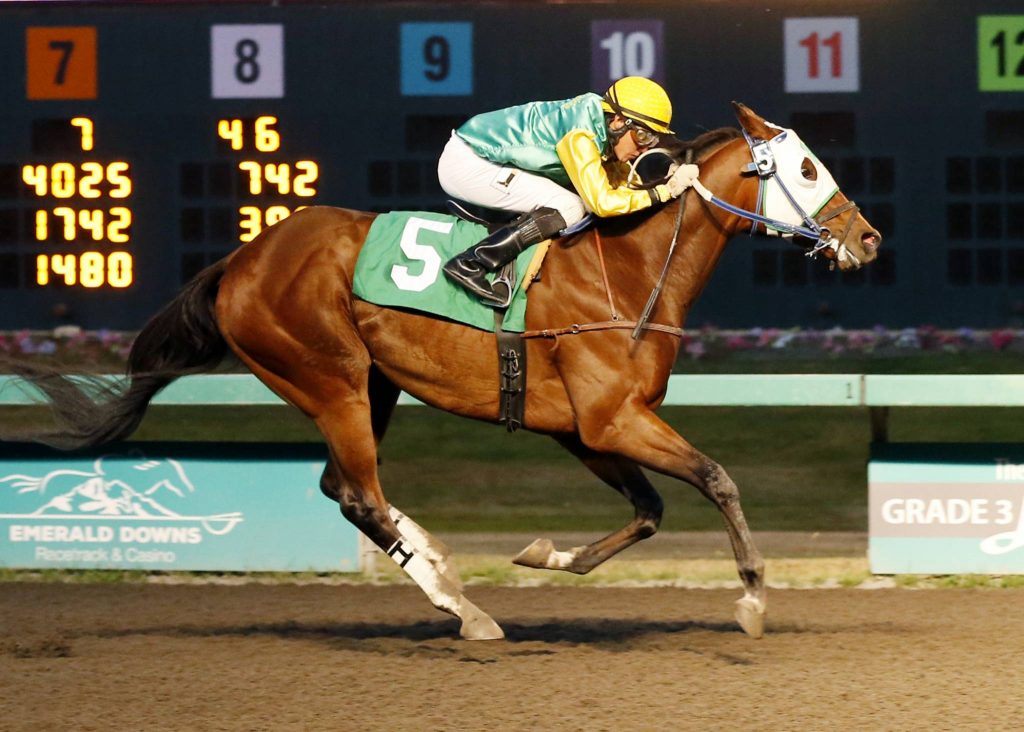 WINE AT NINE CONTINUES TO SHINE

Never far back, Wine At Nine reeled in a loose-on-the-lead Capital Expense and poured it on late to win going away.

Capital Expense set fractions of :21.60, :43.99 and :56.38, kicked 3 ½ lengths clear into the stretch, but weakened late and finished fourth. Majestic Kitten, Prince of Silver, Hunters Vow and Rallying Market completed the order of finish.