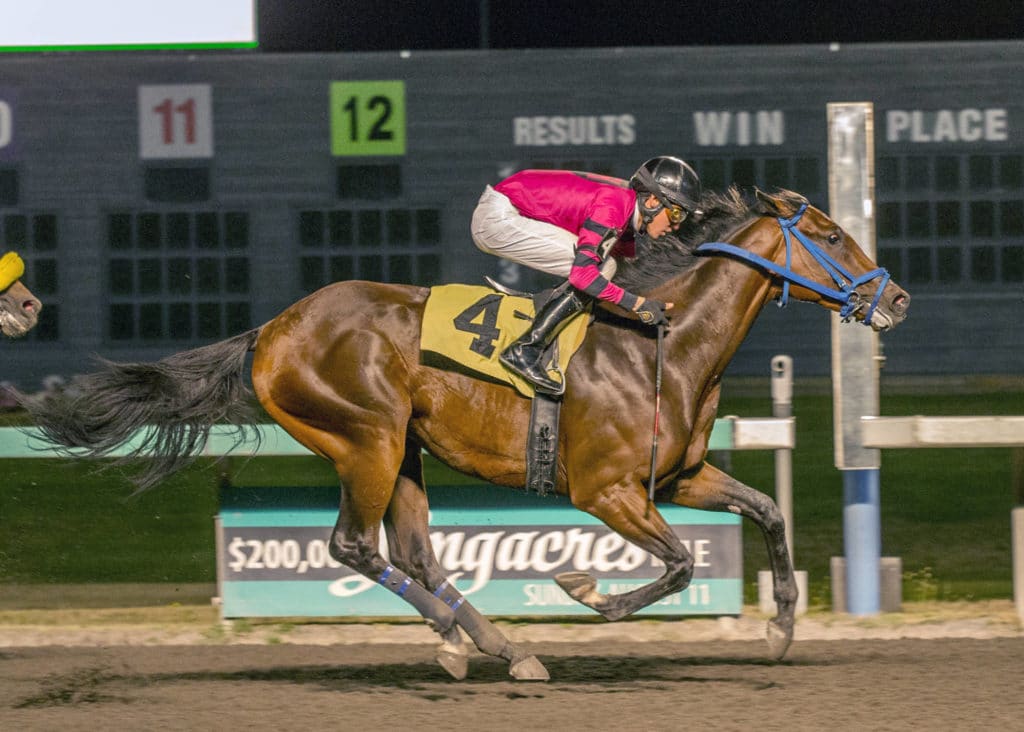 Winning his second straight, Roman Rush ran 6 ½ furlongs in 1:16.23 and paid $9.40, $4.40 and $2.60 as third choice in the wagering. Kevin Orozco, aboard his second winner of the night, rode Roman Rush for trainer Blaine Wright and owners Below The Rim Stables and David Staudacher.

A 3-year-old Kentucky-bred, Roman Rush was stepping up in class following a six-length maiden win last month, but was easily up to the task. Swooping past Lobaness and Battle Point Red into the lane, Roman Rush opened by 2 ½ lengths in mid-stretch and held 6 to 5 favorite Vicente’s Shadow and 5 to 2 second choice Rocket Power safe to the wire.

The winning trainer, co-owner and jockey are all involved in Sunday’s 84th Longacres Mile. Wright saddles 8 to 5 morning line favorite Anyportinastorm along with Oh Marvelous Me, Staudacher owns the 5 to 1 second choice Solid Wager, and Orozco rides Mt. Rainier Stakes winner More Power to Him. 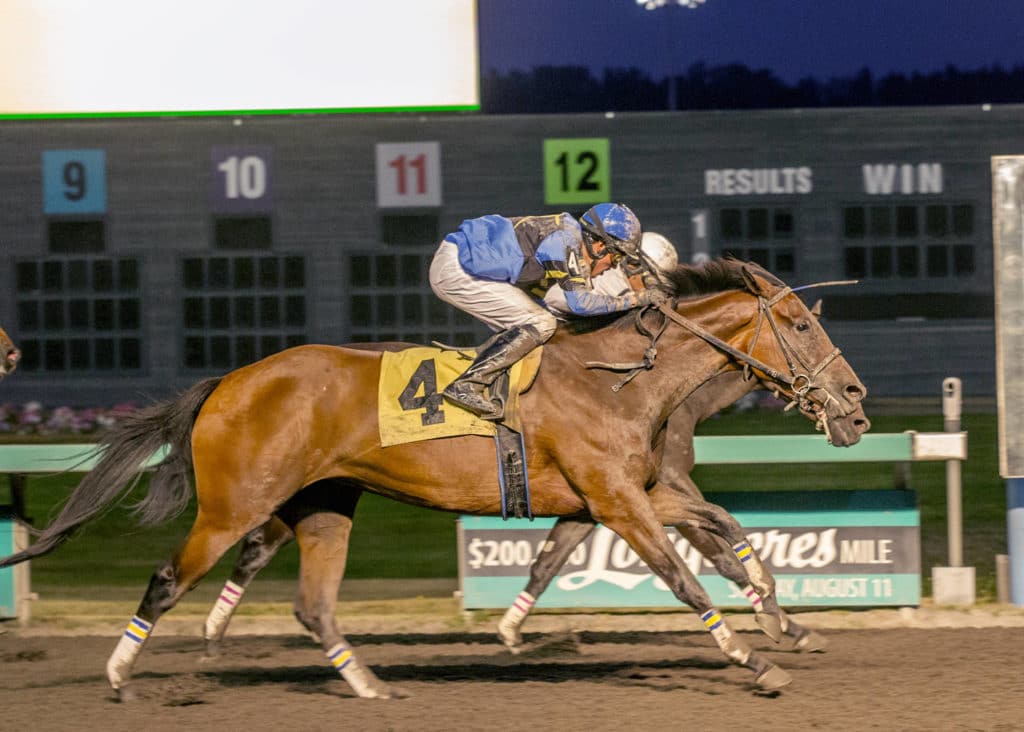 Peach of a Pie (No. 4) edges Choteau at the wire

PEACH OF A PIE PREVAILS IN FILLY & MARE MARATHON

Friday also featured the first leg of the $17,325 Equal Pay Distance Series for older fillies and mares at 1 1/8 miles, and it produced a frantic finish with Peach of a Pie rallying from last and tagging Choteau in the final stride for a head victory.

Ridden by Kevin Orozco, Peach of a Pie ran 1 1/8 miles in 1:53.27 and paid $20.40 to win while earning a $9,529 winner’s share. Chris Stenslie is the trainer and co-owner with Jody Peetz.
The series continues Friday, August 30 at 1-¼ miles and concludes September 20 at 1-½ miles. However, a horse must have run Friday to remain eligible and four horses were claimed from the first leg: runner-up Choteau, third-place finisher Constant Craving, fourth place finisher Tomorrow’s Mine and sixth place finisher Staracrossthewater.

A male marathon series begins Saturday, featuring with two divisions of the WHBPA & WTBOA “Horsemen Helping Horsemen Distance Series at 1 1/8 miles. Each division is worth $13,062.