In addition to Mother’s Day, Sunday also marks the largest fields of the season at Emerald Downs—80 horses are entered on the 10-race program including 44 runners in the $0.50 Pick 5 encompassing races 6 through 10. 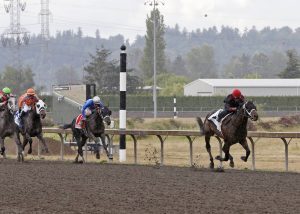 SO LUCKY OUT TO MAKE AMENDS IN AUBURN STAKES

The road to the Emerald Downs Derby begins Sunday with the $50,000 Auburn Stakes for 3-year-old colts and geldings at six furlongs.

Washington Hall of Fame trainer Howard Belvoir has a chance to win the Auburn for the third straight year. Fooled Again raced to an 8-1 upset in 2015 and Barkley edged Mach One Rules in the 2016 renewal, beginning a memorable rivalry that is carrying over into their 4-year-old season at Emerald Downs.

Sunday, Belvoir sends out So Lucky, Emerald Downs’ and state champion 2-year-old of 2016 after a campaign that included three dominant gate-to-wire stakes victories. In his 2017 debut, however, So Lucky broke like a rocket but was taken slightly off the pace by Rocco Bowen and finished third in a $20,500 allowance race won by Keller’s Gold at 5 1/2 furlongs.

“They’re going to have to come catch us this time,” Belvoir said. “He has a lot of natural early speed and doesn’t need to be sent hard out of the gate, he does it on his own. Rocco tried to give him a little breather last time and they came to us and challenged us early. It will be different this time.”

Owned by Pegasus Too and Rising Star Stable, So Lucky is 4-1-1 in six starts with earnings of $106,910. By Coast Guard out of Miss Pixie, So Lucky has had the lead after a quarter-mile in each of his starts, and the April 16 race was the first time he failed to lead at the stretch call. 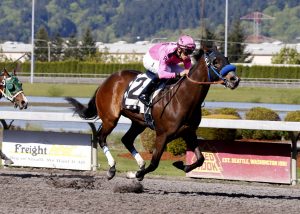 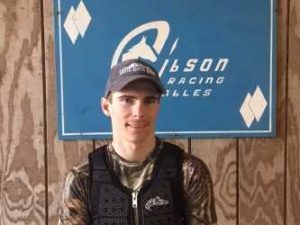 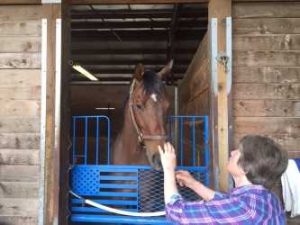 FINISH LINES: Alliford Bay’s 90 Beyer is second highest of the season at Emerald Downs and biggest Beyer in the Seattle Stakes since becoming o a 3-year-old filly race in 2011. Runner-up Risque’s Legacy earned an 83, which tied the previous high set by Stopshoppingdebbie in 2013. . .Trainer Blaine Wright had a giant weekend with 3-year-olds. In addition to Alliford Bay running six furlongs in 1:08.92 in the Seattle, 3-year-old colt Riser ran 5 ½ furlongs in 1:02.52 while defeating allowance runners by seven lengths and earning a lofty 86 Beyer. . .Stryker Phd is back in his familiar stall at the Larry and Sharon Ross barn and could make his 2017 Emerald Downs debut in the $50,000 Mt. Rainier Stakes on July 16. . .According to Charles Essex, last Saturday’s three-win day was the first of his 26-year training career. Essex, who has 303 career wins at Emerald Downs, has had numerous two-win days. . .Apprentice Kevin Orozco is 15-for-41 at the meet and 10-for-20 combined with trainer Frank Lucarelli. Orozco, however, loses the bug August 6 and probably won’t challenge Eliska Kubinova’s track record 75 wins by an apprentice set five years ago. . .Orozco has at least one win on eight straight card while Lucarelli has at least one win on six straight programs. Lucarelli’s streak will end Friday as he has no horses entered on the seven-race card. . .Exercise Rider of the Week Tyler Kaplan, a 23-year-old native of Norco, Calif., won aboard his first career mount as a jockey on Soldier Betty at Santa Anita on March 4, 2010. . .Thru Sunday, six horses were two time winners at the meet: Exit Sixty Slew, Hunters Vow, Jerre to Carrie, Raging Warrior, She Got Away and Wine At Nine. . . Ablurrsforsure posted a $65.20 upset in the $25,000 AQHA Merial Distaff Challenge Final at Sun Downs. A 4-year-old Montana-bred ridden by Jose Figueroa and trained by Joseph Sandoval, Ablurrsforsure ran 400 yards in :20.286 seconds. Klassic Secret Br finished third as the 6-to-5 favorite. . .At Hastings Racecourse, Distinctiv Passion goes for a second straight stakes victory Sunday in the $50,000 George Royal for 3-year-olds and up at 6 ½ furlongs. . .Hunch play: My Mom in Sunday’s second race at Emerald Downs. . .Emerald Downs Soccer Club dropped a 9-5 decision to Northshore and is 2-2 for the season. . .My Heart Goes On is 20-1 on the morning line in Saturday’s $50,000 Golden Poppy for fillies and mares on turf at Golden Gate Fields.
-##-