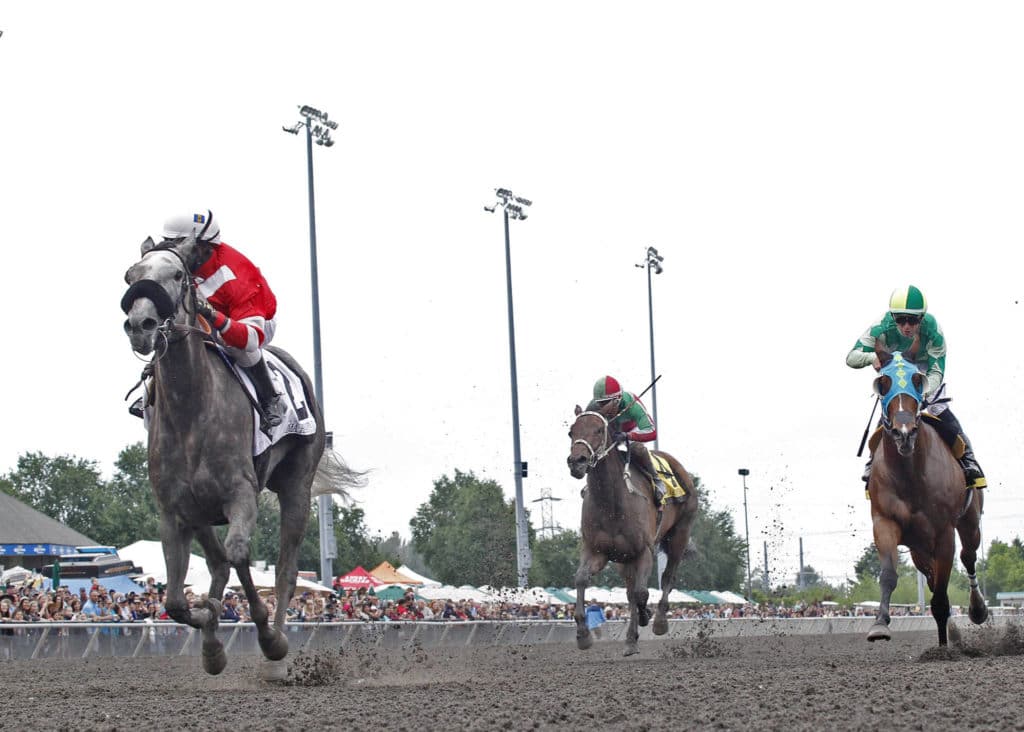 Ima Happy Cat prevails in the May 20 Seattle Stakes

Dan Markle, No. 9 all-time with 357 wins at Emerald Downs, has trained some fine horses here over the last 22 years. But according to Markle, nothing compares with Ima Happy Cat, the gray 3-year-old filly that scored by 2 ½ lengths in the $50,000 Seattle Stakes on May 20.

Round two is Sunday with the $50,000 Kent Stakes at 6 ½ furlongs. A field of six 3-year-old fillies entered the race, but all eyes will be on Ima Happy Cat, who looped the field under Rocco Bowen to win going away in the Seattle.

“Without bragging too much, she’s clean as a silver dollar,” Markle said of Ima Happy Cat. “She does everything right, as perfect as you could picture a horse. She’s laid back around the barn and talented on the racetrack.”

Owned by Sue and Tim Spooner, Ima Happy Cat showed promise last year as a 2-year-old with a third and a second in two starts in maiden special weights. That was a mere foundation for 2018, as Ima Happy Cat has been explosive in both starts as a 3-year-old.

Returning to action April 28 at Golden Gate, she romped by 3 ¾ lengths in a $31,000 maiden special weight while running six furlongs in 1:09.90 on Tapeta. Shipped back to Emerald Downs for the Seattle, Ima Happy Cat collared 2017 track and state champion juvenile filly Bella Mia into the stretch lane and covered six furlongs in 1:09.68. Ima Happy Cat has Beyers of 74 and 70, which tower over her five rivals Sunday.

Ima Happy Cat comes by her talent naturally. A California-bred by Smiling Tiger-Infernal McGoon, her mother won two stakes at Emerald Downs and was voted Top Older Filly or Mare of 2003, and an older older sister, Talk to My Lawyer, defeated males in the 2011 Gottstein Futurity.

The second through fifth place finishers in the Seattle–Bella Mia, Brilliant Bird, Diamonds R and Spot On–all return for another crack at Ima Happy Cat. The only new shooter is Downwind, a daughter of Curlin, coming off a 3 3/4-length maiden special weight victory at Golden Gate. 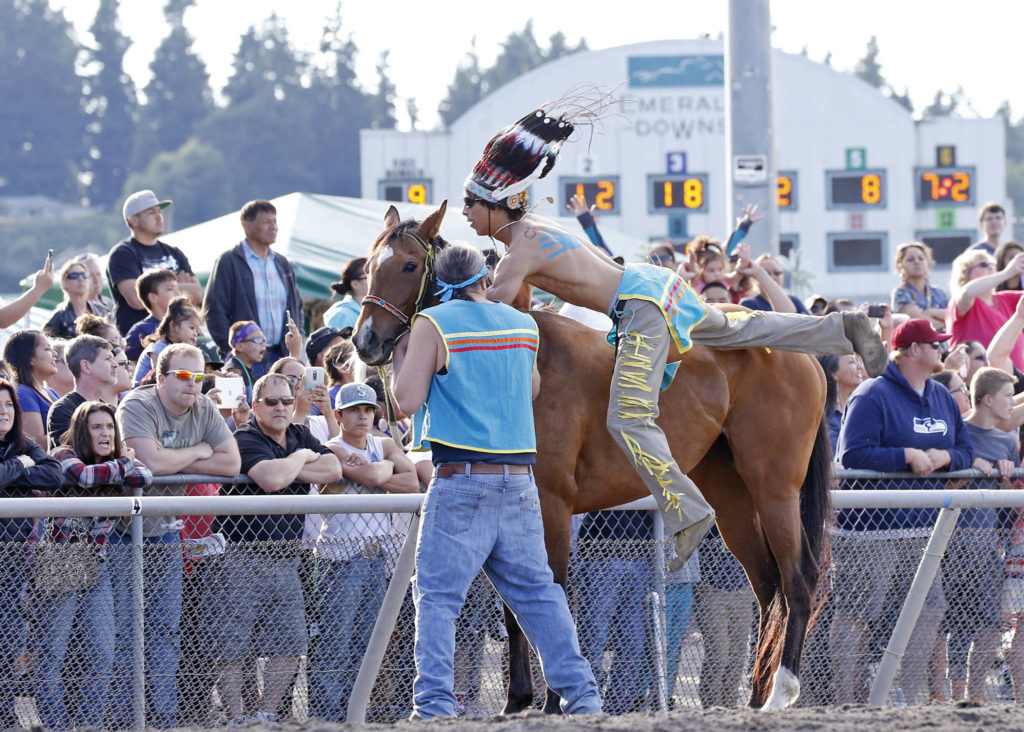 Twenty-one teams representing eight Indian Nations from six states and two provinces will be competing in the $65,000 Muckleshoot Gold Cup this weekend at Emerald Downs. Starr School, from Blackfeet Nation in Browning, Montana, will be looking to defend their 2017 Gold Cup championship.

There will be three relay races each day plus full cards of Thoroughbred races. There are $65,000 in cash prizes for the teams, including $10,000 for winning Sunday’s championship heat at 6:45 p.m. 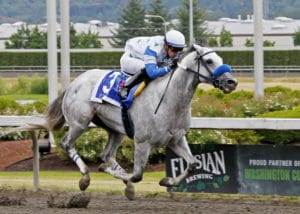 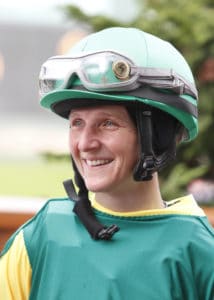