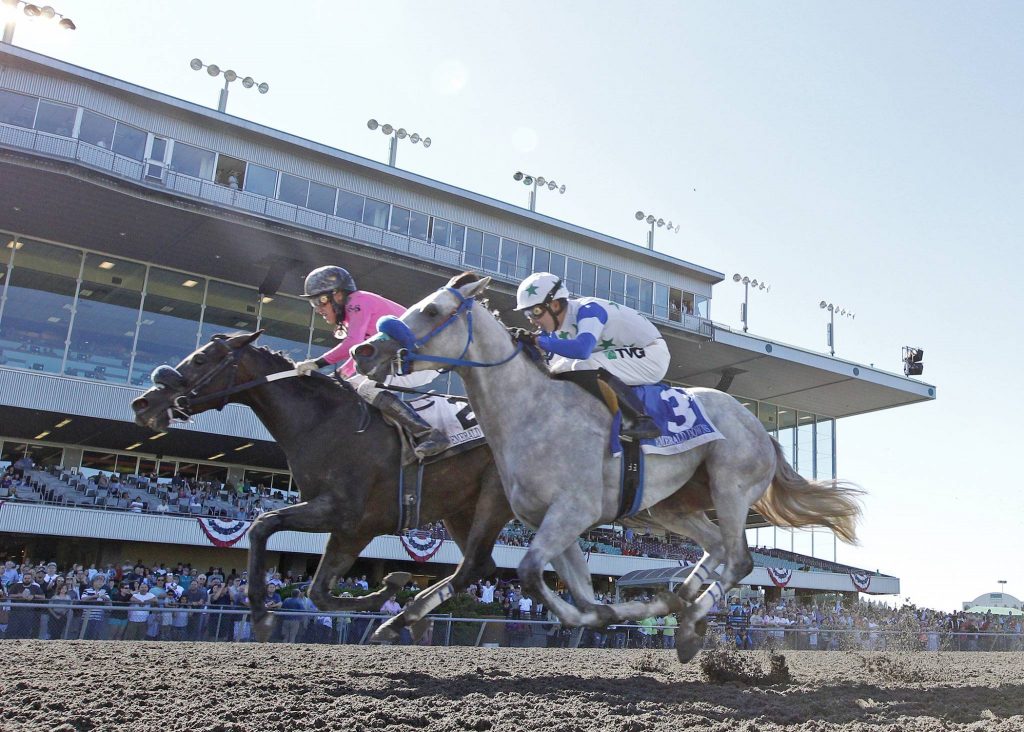 The meet’s championship event for 3-year-olds, the Emerald Downs Derby, drew a field of six with Peter Redekop’s Aqua Frio and Chappell Alpine Farms’ speedy Riser composing a rugged one-two punch for the Wright stable. The sophomores have finished first and second in the two Derby lead-ups–Riser romping by 5 1/2 lengths over Aqua Frio in the 6 1/2-furlong Coca Cola Stakes and Aqua Frio tagging a loose-on-the lead Riser by a head in the one-mile Seattle Slew Stakes. In both races, the Wright duo were well clear of the show horse.

An Ohio-bred by Mizzen Mast, Riser is 2-1-0 in three starts at the meet and just failed to last in the Seattle Slew. The gray colt opened a five-length advantage after six furlongs in 1:09 and dug in gamely when challenged by Aqua Frio.

“With Riser, we’ve tried to slow him down a bit,” Wright said. “We figured if we want to make him a route horse, now is the time to try. I was really happy with his effort last time; he fought hard after setting fast fractions.

“Aqua Frio is a hard-trying horse who will love the distance,” Wright said. “Obviously he ran really well last time and I think he’ll run well again. It takes him a little bit to get warmed up so the longer distance will suit him well.”

There are viable alternatives in the Derby.

More Power to Him, third in Seattle Slew while making his dirt debut, is the only horse in the race with experience at 1 1/8 miles–finishing third (placed second) in the El Camino Real Derby (G3) on synthetic and fifth in the restricted Snow Chief Stakes on turf. A California-bred by Slew’s Tiznow owned and bred by Brett Mason and trained by Faith Taylor, More Power to Him also tops the field in earnings with $168,153.

Sharkzilla misfired in the Seattle Slew but his previous efforts, a come-from behind win in the Auburn Stakes and a third in the Coca-Cola Stakes, were both good. Trainer Candi Tollett and owner John Parker have already struck gold twice this season at big odds in stakes–Sharkzilla at 17-1 in the Auburn and first-time starter He’s Not Grey at 11-1 in the Emerald Express.

Distortedatthebar failed to hit the board in the Seattle Slew, but it was the first route test for the Preachinatthebar gelding. Owned and trained by Charles Essex, Distortedatthehar had two wins, one second and one third in his previous four starts, including a snappy allowance score on June 10. 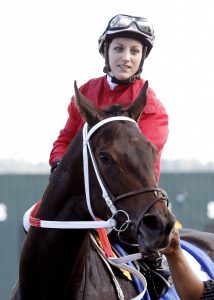 FINISH LINES: Nominations close Sunday for the 82nd renewal of the $200,000 Longacres Mile (G3) on Sunday, August 13. . .Mile hopeful Barkley breezed four furlongs in :48.40 Monday. . .Sunday was day 48 of the 72-day meet, meaning exactly two-thirds of the season is in the books. . .Rocco Bowen and Blaine Wright are both en route to their second consecutive riding and training championships. With 79 wins, Bowen is on pace for 118 wins, up slightly from his 110 wins in 2016. And with 32 wins, Wright is on pace for 48 wins; he won last year’s title with 39 wins. . .Wright had an interesting sequence in the 3-year-old filly division this season. He won the Seattle Stakes with Alliford Bay ($3.40) and the Irish Day Stakes with Top Quality ($11.40), but also finished fifth with Alliford Bay at 3-10 in the Kent Stakes and fifth with Top Quality at 1-2 in the Washington Oaks. . . Eliska Kubinova and David Martin both resume riding this weekend following last Saturday’s dramatic three-horse spill. . .Good luck to jockey Natasha Coddington, who hung up her riding boots last week and plans to attend college. . . .The stewards fined Isaias Enriquez $100 for “purposely releasing both reins in celebration” after Mach One Rules’ win in the Mt. Rainier Stakes.