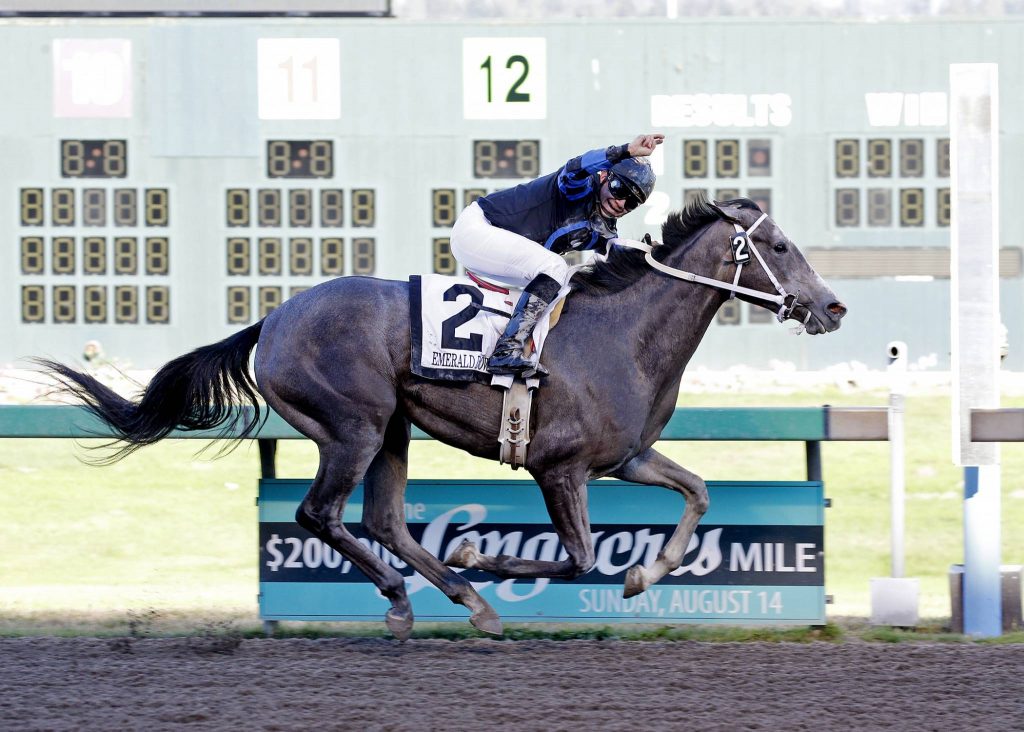 Coming off a high with Mach One Rules in the Mt. Rainier Stakes, trainer Frank Lucarelli hopes to author another masterpiece Sunday when he saddles Blazinbeauty in the $75,000 Washington Oaks for 3-year-old fillies.

At 1 1/8 miles, the Oaks is the championship event for 3-year-old fillies, a division that has yielded three different winners in as many races—Alliford Bay in the Seattle, Risque’s Legacy in the Kent and Top Quality in the Irish Day.

Ten Broeck Farm’s Top Quality was very sharp in the one-mile Irish Day, storming to a 3 ¾ length victory in 1:34.88 and posting an 80 Beyer. The $280,000 daughter of Quality Road unleashed a strong move on the last turn and powered to the convincing triumph under Juan Gutierrez for trainer Blaine Wright—who leads all trainers with five stakes wins this season. Based off that effort, Top Quality figures to be heavily favored on Sunday.

Darrin Paul’s Blazinbeauty is a legitimate alternative. Although winless in three outs this year, the gray daughter of Tale of Ekati has yet to misfire in her brief career, compiling a 2-3-2 record in seven starts with $106,575 in earnings. In fact, an Oak victory would build a compelling case for her as the meet’s Top 3-year-Old Filly.

Blazinbeauty has finished strongly in all three starts this season, garnering a third in the Seattle and Kent and a solid second while stretching out in the Irish Day. Her only other route was a six-length victory the Gottstein Futurity last year, so nine furlongs should be to her advantage.

“The distance helps us, but Top Quality should like it too,” Lucarelli said. “Blazinbeauty runs her race every time, she’s a solid horse. She’s coming into the race real good, she’s ready to rip.”

Lucarelli and jockey Isaias Enriquez combined with Mach One Rules to take down last week’s Mt. Rainier, and the 4-year-old Harbor the Gold gelding appears the top local threat for the Longacres Mile next month. For Lucarelli it was his 41st career Emerald Downs’ stakes win, good for No. 4 all-time.

One of Lucarelli’s biggest wins as a fledgling trainer was in the 1988 Washington Oaks when Nifty Misty Dawn surprised Drou A Way and a top-notch filly named Marvelous Wonder for a $42 upset. 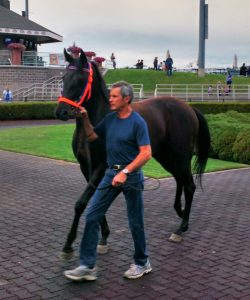 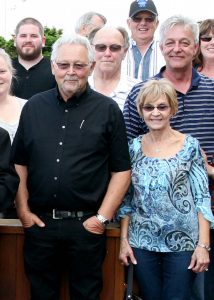 FINISH LINES: Washington-breds lead Kentucky-breds 6-to-5 in stakes wins this season, with Mach One Rules, Citizen Kitty and Bella Mia all scoring for Washington on Mile Preview Day. Harbor the Gold is leading stake sire with three wins (Mach One Rules with two and Bella Mia with one) and Proud Citizen is second with two (both by Citizen Kitty). . .Citizen Kitty (5-2-3-$73,612) also moved ahead of Percy’s Bluff (6-5-0-1-$72,316) for most 2017 earnings by a Washington-bred. Percy’s Bluff, however, is entered in a $65,000 allowance/optional claimer Friday at Del Mar. .R.E.V. Racing (Roy and Ellie Schaefer) have compiled some lofty stats the last nine years at Emerald Downs. They are 38-for-147 (25.8 percent) with $714,714 in earnings and 11 stakes wins, led by champions Atta Boy Roy, Trackattacker and Mach One Rules. The latter, a top contender for the $200,000 Longacres Mile (G3) on August 13, emerged from Sunday’s victory in the Mt. Rainier Stakes in good shape, according to trainer Frank Lucarelli. . .Stryker Phd, scratched at the gate in the Mt. Rainier, worked five furlongs in :58.60 Thursday morning. . .Kaabraaj, track record-holder for six furlongs at Emerald Downs, is 6-1 on the morning line in a $32,000 claiming race Saturday at Del Mar. . .Also Saturday at Del Mar, Arrogate is 1-5 in the $200,000 TVG San Diego Handicap, with post time 6:10 p.m.—which is 20 minutes before first post Saturday at Emerald Downs. . .Saturday’s $50,000 Governor’s Cup Handicap at Sacramento is full of Emerald Downs’ stakes winners with Invested Prospect, Deb’s Wildcard, Estellara and Alliford Bay in the lineup. Blaine Wright trains both Invested Prospect, 7-for-8 lifetime in sprints, and 3-year-old Alliford Bay, who romped in the Seattle Stakes earlier at the meet. . .Wright, No. 1 in wins with 32 and stakes wins with five, continues to win races in California too. Thursday, Wright and Juan Hernandez teamed up for wins at Sacramento with 3-year-old filly Tuesdays Supernova ($4) and 7-year-old gelding Mah Gellin ($6.60).