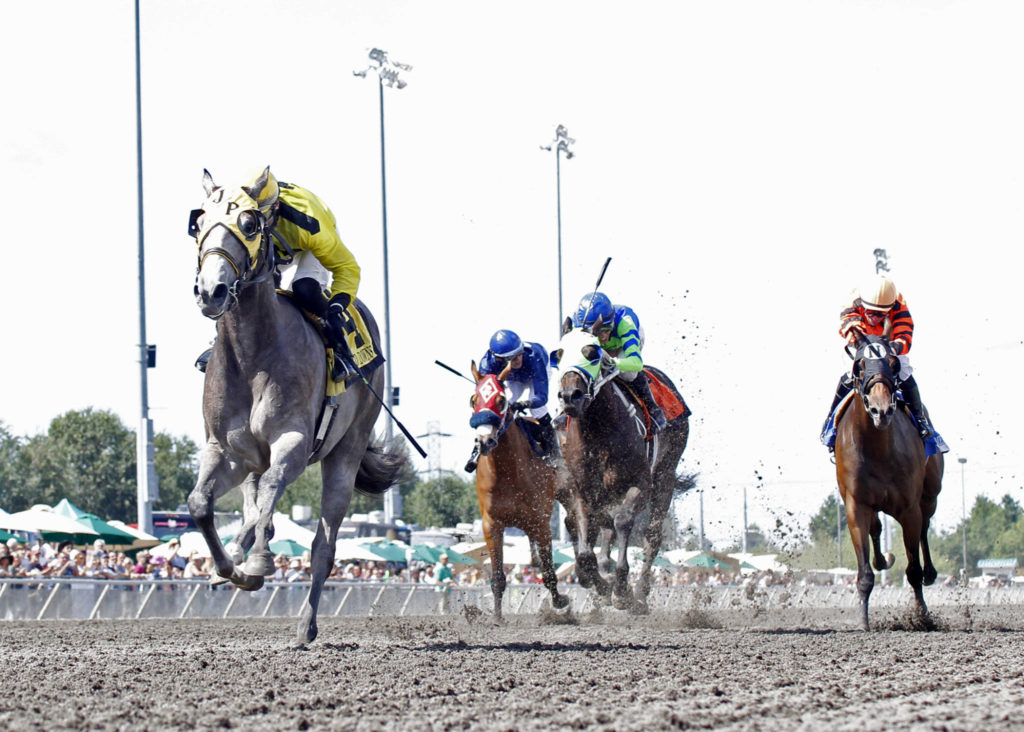 John Parker’s He’s Not Grey, coming off a tremendous debut in the July 16 Emerald Express, is the probable favorite on Sunday. A California-bred by Slew’s Tiznow, He’s Not Grey rallied for a 3 1/2-length victory at odds of 11-to-1, sweeping pas the leaders in mid-stretch and quickly drawing clear. Trained by Candi Tollett and ridden by Juan Gutierrez, He’s Not Grey (who actually is gray) ran 5 1/2 furlongs in 1:05.04, earned a 54 Beyer and a $27,225 first-place check.

Bullet Drill, Brown Tiger and Sippin Fire–second, third and fourth in the Emerald Express–head the opposition.

Trained by Frank Lucarelli, Bullet Drill finished runner-up at 33-to-1 despite being reluctant to load and then racing extremely wide on the turn. Brown Tiger has keen speed and held on for third after dueling with Elliott Bay through fractions of :22.25 for the quarter and :45.91 for the half.

Sippin Fire switches to Rocco Bowen after a fourth as the 9-to-5 favorite in the Emerald Express. By Harbor the Gold-Bahati, Sippin Fire is a full brother to to WTBOA Lads winners Del Rio Harbor (2013) and Couldabenthewhisky (2010). 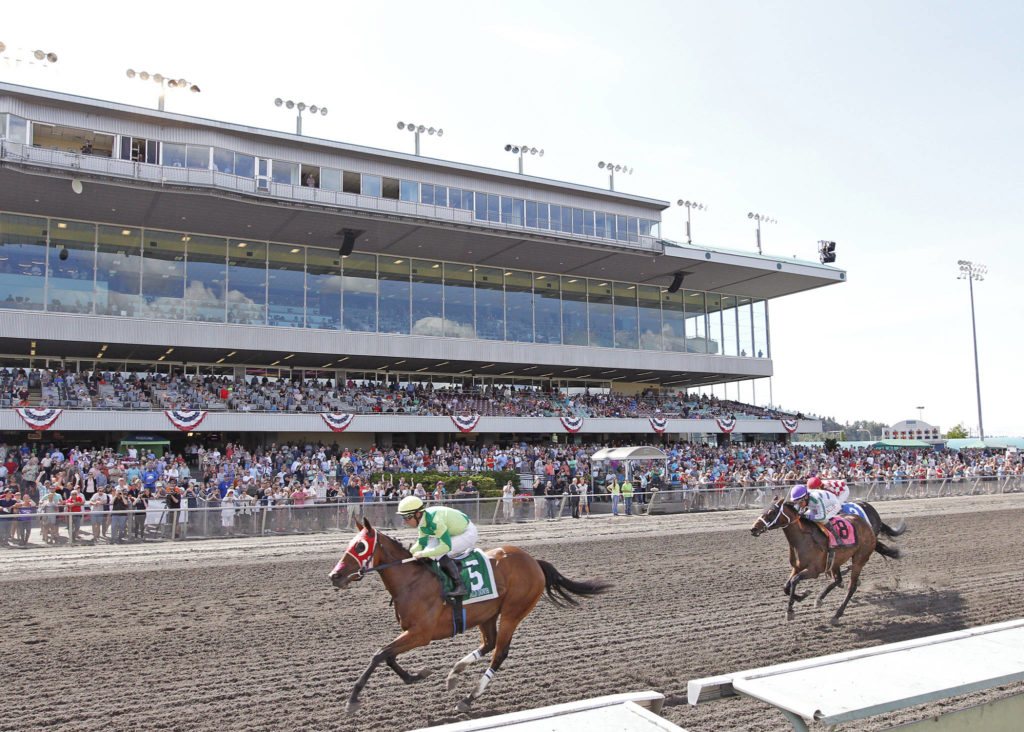 While 2-year-old colts and geldings square off in the WTBOA Lads, the 2-year-old fillies get their chance Saturday in the $50,000 Barbara Shinpoch Stakes at six furlongs.

John and Janene Maryanskis Bella Mia scored by 2 ¼ lengths in the July 16 Angie C Stakes, running 5 ½ furlongs in 1:05.06 and earning a 53 Beyer, and is the 5/2 morning line Shinpoch favorite.

Knight Raider in 2009 is the last horse to sweep the Angie C Stakes and Barbara Shinpoch Stakes; Smarty Deb (2007), Calldara (2002), and Taste the Passion (1999) also pulled off an Angie C-Barbara Shinpoch sweep. Blazinbeauty, last year’s Shinpoch winner, went on to beat males in the 2016 Gottsetin Futurity.

Faith Flys Again, runner-up to Bella Mia in both the maiden race and Angie C, drew the No. 1 post, which is just 11 percent (18 for 165) in six-furlong races this season.

For the first time at Emerald Downs, Corgis will take to the racetrack on Sunday, August 6.

More than 40 Corgis will compete at a distance of about 40 yards over five qualifying heats, with the top two finishers in each race advancing to Sunday’s championship race.

At approximately 11 inches tall and 30 pounds the Welsh Corgi is a small type of herding dog that originated in Wales. Two separate breeds are recognized: thePembroke Welsh Corgi and the Cardigan Welsh Corgi.

Emerald Downs Promotions Manager Gary Dougherty, event organizer, is anticipating a big crowd Sunday. “Corgis are extermemly popular. They had over 20,000 people attend Corgi races at Canterbury Park in Minnesota last week,” Dougherty said. Sometimes Corgis run straight, and other times they don’t.  It should be a lot of fun.”

As part of the event the Auburn Valley Humane Society will be at the track in the park area with dogs for adoption.  Post time for the horse racing is at 2 p.m. with the Corgi Races taking place between the horse races throughout the afternoon. Admission for adults is $7 and ages 17 and under are free. More details are available atwww.emeralddowns.com. 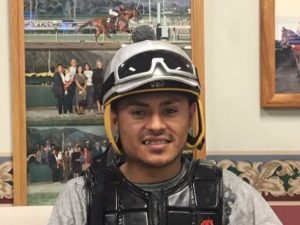 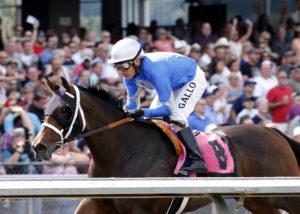 FINISH LINES: Jockey Juan Gutierrez, out for the season with a back ailment, celebrates his 48th birthday Sunday. . .Gallyn Mitchell, who celebrates his 55th birthday in two weeks, is 8-for-50 this year riding Thoroughbreds at Los Alamitos. . .Seattle native Danny Sorenson has resumed riding after a six-year absence and has 15 wins at Lone Star Park near Dallas. . .2016 Angie C Stakes winner Karula makes her third career start in a $36,000 allowance race Saturday at Delaware Park. Owned and bred by Oak Crest Farm (Jack Hodge), Karula is the 7-to-2 third choice on the morning line. . .Martin Riggs, first foal out of 2013 Washington Horse of the Year E Z Kitty, debuted with a third in a $60,000 maiden special weight on turf Wednesday at Del Mar. . .Emerald Distaff nominee Princess Katie is entered in Monday’s $50,000 Pacific Customs Brokers Distaff Handicap at Hastings Racecourse. . . 2016 Washington Oaks runner-up Brookys Star runs in the $50,000 Luther Burbank Handicap on the turf at Santa Rosa. . .Perfect Come Back, fourth to Aqua Frio and Riser in the Seattle Slew Stakes, runs in Sunday’s $50,000 Robert Dupret Handicap on turf at Santa Rosa.