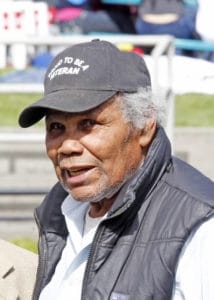 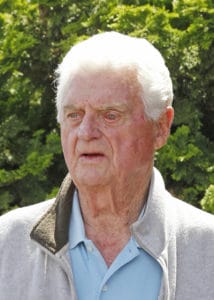 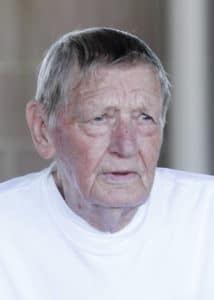 AUBURN, Wash. – In honor of Father’s Day, Emerald Downs’ is carding one of the most unique races in Thoroughbred history.

In other words, the race is open to horses whose trainers are at least 90 years old, of which Emerald Downs has several. The horses in Sunday’s race are conditioned by 94-year-old Arturo Arboleda, 91-year-old H.R. Pat Mullens, 90-year-old Ira Rhodes, and 90-year-old Bob Meeking, who celebrated his 90th on June 6, hence the conditions of the race.

“We thought this would be a great way to honor these guys on Father’s Day,” said Phil Ziegler, President of Emerald Downs Racetrack and Casino. “What other sport could a 90-year-old still be out knocking heads with the younger guys and gals?”

Originally from Canada, Meeking (photo center) has had a long and celebrated career while conditioning horses like Longacres Derby winners Mincemeat (1970) and Salad Sam (1976). Still going strong at 90, he has five wins this season and is looking forward to Sunday.

“I think it’s a good idea, and it seems apt for Father’s Day,” he said. “What it really shows, though, is that this is an ageless business.”

Fittingly, Meeking sends out Trelawny in Sunday’s six-furlong race. Like his trainer, the 11-year-old gelding is still going strong at an advanced age, winning five races last year as a 10-year-old and once in three starts this year.

Rhodes currently has a one-horse stable, consisting of 7-year-old gelding Some Storm Cat who finished third in his most recent start.