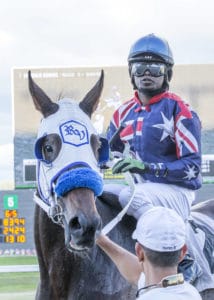 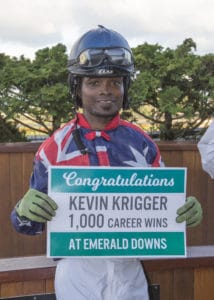 Krigger’s milestone victory on I Double Dare You was in gate to wire fashion as the 5-year-old mare cruised by 3 ½ lengths for trainer Rigoberto Velasquez and owner John Sneesby.

“It’s been a long road to get to 1,000 wins, a lot of highlights and I’ve ridden at a lot of places,” Krigger said in the winner’s circle. “But it’s great to get my thousandth win at Emerald Downs, this place is like my second home.”

A 35-year-old native of the Virgin Islands, Krigger broke his maiden in 2001 at Thistledown and is best know for winning the 2013 Santa Anita Derby on Goldencents. Of his 1,002 career wins, 361 have come at Emerald Downs including the 2005 riding title with 126 wins. 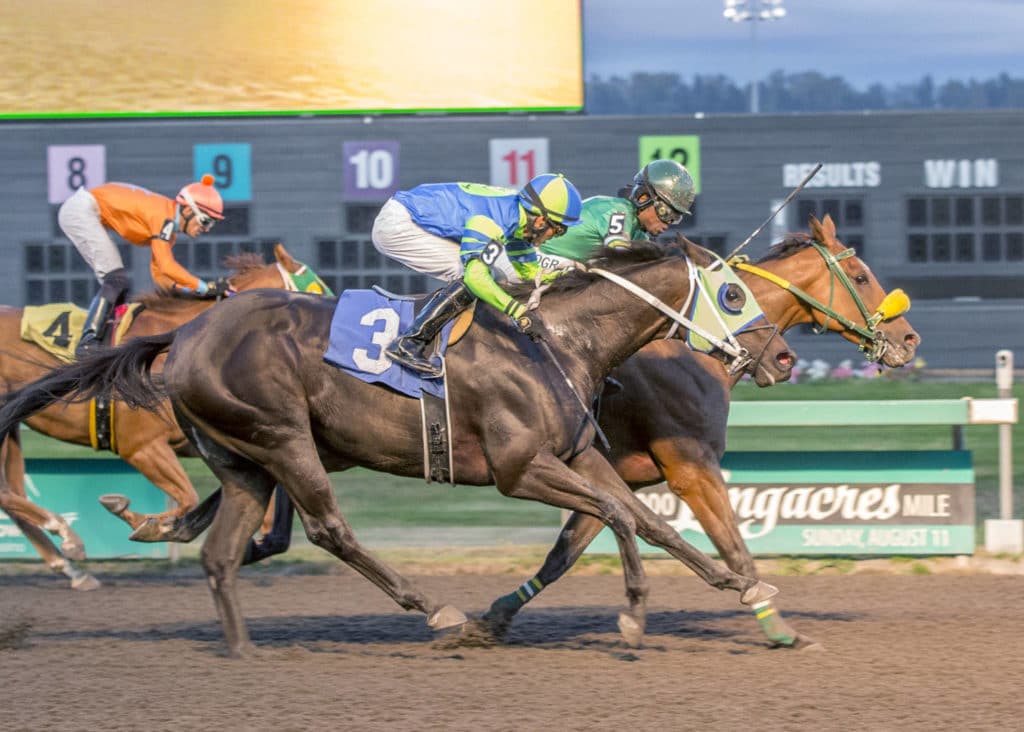 In the featured seventh race, Krigger and Vicente’s Shadow held off Kevin Orozco and Bullet Drill in a driving finish for a head victory. Owned and trained by Satchell Stevens, Vicente’s Shadow ran 6 ½ furlongs in 1:17.77 while ending a nine-race losing streak that included three seconds, two thirds, and a nose defeat in the 2018 Auburn Stakes.

For Stevens, nephew of Hall of Fame jockey Gary Stevens, it was his first victory at Emerald Downs.

NOTES: The track record for most wins in a day is six shared by Kevin Radke, Seth Martinez and Julien Couton, however Krigger (July 8, 2010) and Leslie Mawing (May 2, 2014) are the only riders to sweep five straight races in day. Krigger had a chance to equal the record Saturday, but Valid Prince finished fourth in the eighth race. . . Jadey At the Bar ($7.60) broke through with her maiden victory in career start No. 14 Saturday night. The 3-year-old Preachinatthebar filly had finished second four straight times and in seven of nine starts this year. . .Live racing continues Sunday featuring three Quarter Horse stakes races, including the ninth running of the $61,200 Bank of America Emerald Downs Championship Challenge at 440 yards. First post 2 p.m.