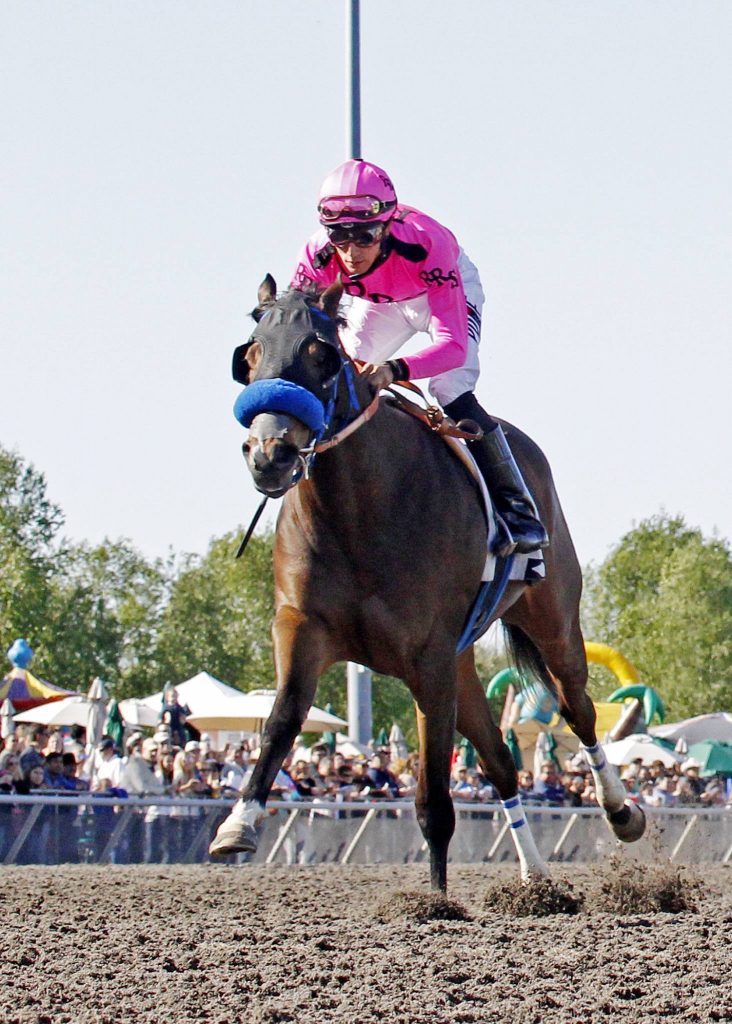 One of the region’s top prospects returns to action Sunday as Alliford Bay headlines a field of seven 3-year-old fillies in the $50,000 Seattle Stakes at 6 1/2 furlongs.

Trained by Blaine Wright and owned by Peter Redekop, Alliford Bay breaks from post-position 3 in the Kent, which is the second of four open events for sophomore fillies and the final sprint of the series.

A Kentucky-bred by City Zip-Valentine Fever, Alliford Bay has demonstrated superior ability in two starts to date. Her March 25 debut at Golden Gate Fields, in which she ran six furlongs in 1:10 flat while winning by 2 1/4 lengths, was worth a 76 Beyer and enhanced even further when both the second and third-place finishers won their next outs.

Racing on dirt for the first time in the Seattle Stakes on May 7, the result was even more striking. Alliford Bay blasted a solid field of stakes fillies by 3 1/4 lengths in 1:08.92 for six furlongs, earning a huge 90 Beyer for her efforts. Breaking smartly from the No. 2 post, Alliford Bay tussled with Risque’s Legacy through fractions of :21.85 and :44.46, shook loose in mid-stretch and finished in full stride.

Alliford Bay has worked once since the Seattle, a half-mile in :49 2/5 last Sunday, and Wright said his filly is ready for her third assignment.

“Alliford Bay has been doing really well,” Wright said. “She has settled in nicely and and trained like you’d want her to.”

Risque’s Legacy, second in the Seattle, and Blazinbeauty, who finished third, are both stakes winners and likely benefited from their outings in the Seattle.

Emerald Downs offers the first of two four-day racing weeks this season with a 6:30 p.m. post on Friday, and 2 p.m. post times on Saturday, Sunday and Monday on Memorial Day.

Sunday’s card features the $50,000 Kent Stakes for 3-year-old fillies and Monday is the Great Outdoor

Giveaway with an assortment of summer-themed prizes to be given away to lucky fans. In a nice change of pace, the weather forecast is perfect, too: Friday-80 degrees & clear; Saturday-84 & clear; Sunday-85 & clear; Monday-84 & clear.

According to Emerald Downs President Phil Ziegler, the additional days are due to a record rainfall this spring that curtailed training, resulting in several weekend cards consisting of seven and eight races. 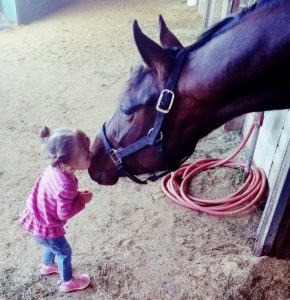 OWNER OF THE WEEK IS A YOUNG ONE

North America’s youngest Thoroughbred owner—2-year-old Emilie Kubinova Rosales—is also a victorious one. So young, in fact, that her winning horse is older than she is!

Czech Chick, a 3-year-old Oregon-bred filly, rallied for her maiden win last Saturday and earned a nice first-place check of $3,520 for her budding owner, who was born February 25, 2015.

The winner’s circle ceremony was a real family affair, too. Eliska Kubinova, the winning rider, is Emilie’s mother and the one Czech Chick is named after. Grandmother Elvia Rosales also was in the winner’s circle, holding Emilie so she could see her winning horse get its picture taken.

And Emilie’s father, Jorge Rosales, also rides at Emerald Downs and raises an obvious question. With both of her parents’ jockeys, is it possible Emilie Kubinova Rosales is destined to be the track’s leading apprentice in about 2033?

Claiming activity remains brisk with another 13 horses changing hands last week at Emerald Downs. The season total is 63 claims in 19 racing days (3.3 per day) worth an aggregate $426,000.

Hit the Beach, a 3-year-old Harbor the Gold maiden, is the largest claim of the meet. The partnership of by Ed Zenker, Swede Larson and H.R. Mullens paid $25,000 for the gelding on May 6. Vann Belvoir has made the most claims, six, including a record five in one day May 5. 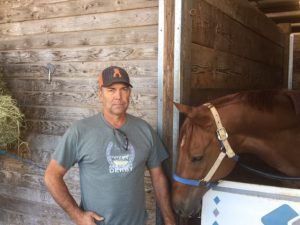 FINISH LINES: Trainer of the Week Kurt Calton and wife Janis Calton enjoyed a big first week at Emerald Downs, compiling a 2-1-0 record in three starts with victories by Yes It’s Snowing and Copper Creek. The Caltons reside in Bigfork, Montana, and Kurt enjoyed previous success here with 2012 Bank of America Emerald Championship Challenge winner A Royal Dervish. . .Sunday’s nine races at Emerald Downs include 82 horses or an average of 9.1 per race. . .In addition to the Kent Stakes, Sunday’s card features a $40,000 optional claimer for 3-year-olds and up at 6 ½ furlongs with a $20,500 purse. The seven-horse field includes Emmett Park, Betrbegone, Cross Creek, Papa Frank, Grinder Sparksaglo, Party Pooper and Viewingthegold. . ..Rocco Bowen begins Week 8 with a 32-20 lead over Kevin Orozco in the jockeys’ standings. . .Bowen has ridden 130 of the 147 Thoroughbred races at the meet, or 88.4 percent of the races. . .12 horses have won two races at the meet: Arviat Bay, Calculated Chaos, Exit Sixty Slew, Hunters Vow, Jazz Queen, Jerre to Carrie, Little Dancer, Our Silver Lining, Raging Warrior, Rallying Market, She Got Away and Wine At Nine. . .Santa Anita presents four graded stakes Saturday topped by the $500,000 Gold Cup (G1) with Midnight Storm the 5-to-2 choice, and $300,000 Gamely (G1) for fillies and mares with Lady Eli the 4-to-5 morning line favorite.