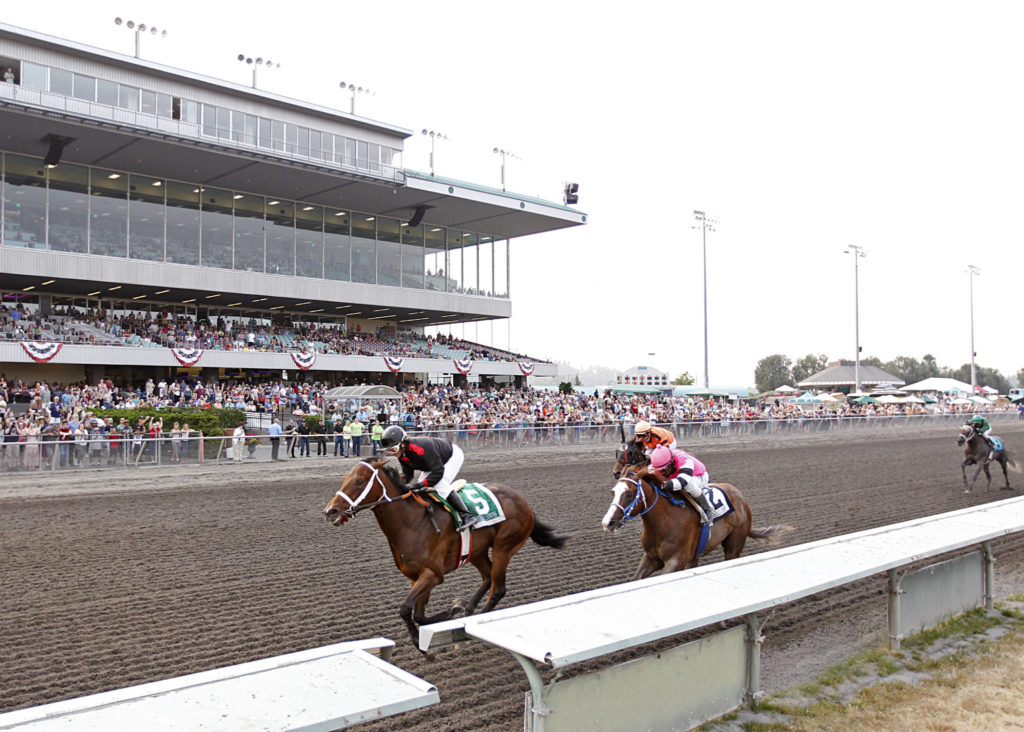 AUBURN, Wash. (August 6, 2017) – Elliott Bay held off Sippin Fire in the closing yards and then survived a stewards’ inquiry to win Sunday’s $50,000 WTBOA Lads Stakes for 2-year-old colts and geldings before a throng of over 12,000 on Corgi Race Day.

Elliott Bay overtook Winter Knight into the lane, came in slightly past mid-stretch, and then held off Sippin Fire by three-quarters of a length for the victory.The stewards immediately posted the inquiry sign but after several minutes of deliberation made no change, ruling that “Sippin Fire never lacked racing room and had every opportunity to win the race.”

Elliott Bay came into the race a maiden but had run well in both previous starts, finishing runner-up to Vicente’s Shadow in a maiden special weight and fifth after setting the pace in the July 16 Emerald Express. Sunday, Elliott Bay pressed the pace as Winter Knight led through fractions of :22.11 and :45.39, gained command into the lane and came in slightly past mid-stretch, causing Rocco Bowen aboard Sippin Fire to steady briefly between Elliott Bay and Winter Knight.

Brown Tiger, the 9-to-5 favorite, rallied for third and paid $2.60 to show, and Winter Knight, Hey Sequoia, Roamin Effort, Bullet Drill and Im Insatiable Too rounded out the order of finish.

He’s Not Grey, who was the 6-to-5 betting favorite, flipped in the gate and was a late scratch. Winner of the July 16 Emerald Express, He’s Not Grey did not appear to be seriously injured in the mishap. 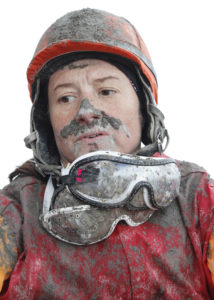 NOTES: Jennifer Whitaker has 18 stakes wins at Emerald Downs, No. 10 all-time. . .Washington sire Harbor the Gold swept both weekend stakes for 2-year-old and is No. 1 all-time with 52 stakes wins at Emerald Downs. . .Melba Jewel, dam of Elliott Bay, won the 2003 Angie C Stakes at Emerald Downs. . .Belvoir is No. 4 all-time with 42 stakes wins at Emerald Downs. . .Rocco Bowen, Julien Couton and Kevin Orozco rode two winners each Sunday. . .Through 53 days of racing Bowen owns an 87-49 lead on Orozco in the jockeys’ standings. . .Sunday was 21-year-old Orozco’s final day as an apprentice. . .4-year-old filly Exit Sixty Slew ($5) became the fifth horse to win at least four races this season with a victory vs. Washington-bred $20,000 claiming fillies and mares. . .Bistraya, five furlongs in 1:00, and Victress, five furlongs in 1:01 2/5, both worked at Hastings Racecourse in tune-ups for the $200,000 Longacres Mile (G3) and $65,000 Emerald Distaff, respectively. At Emerald Downs, Mach One Rules capped his preparation for The Mile with a five furlong breeze in 1:01 4/5, and Chief of Staff worked six furlongs in 1:14 3/5. . . The 82nd running of the Longacres Mile is Sunday, August 13; entries will be drawn Wednesday morning. . . Live racing resumes Friday with first post 6:30 p.m. and features a $10,586 carryover in the $0.20 Pick 7.
–##–