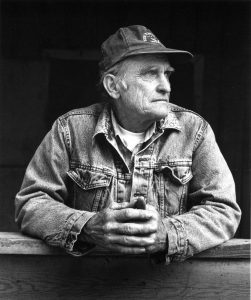 AUBURN, Wash. (May 15) – Don Munger, a trainer breeder and owner of Thoroughbreds for over seven decades and one of Washington’s most beloved racing figures, died Sunday morning of congestive heart failure in Enumclaw at age 93.

A breeder whose stallions included Barbaric Spirit, Cold Steel, Kaneohe Bay, and more recently Nacheezmo, Munger campaigned homebreds in his familiar green and white silks and had at least one win every Emerald Downs season except 2003. In 2012, Munger won 20 races at age 88 and was voted the track’s Top Training Achievement. Munger also was honored with a 2009 WTBOA/WHBPA Special Recognition Award and Honorary Steward for the 2013 Longacres Mile.

An Auburn High School graduate, Munger was a World War 2 veteran and fought the battle of Iwo Jima. In a 2009 Seattle Times profile Munger said he was often thanked for his service, but would remind people that many of his fellow Marines paid the ultimate price.

“I’m still alive,” Munger said. “How about the ones who died? How can we ever thank them?”

At the time of his death Munger still was producing on the racetrack, counting three wins in 21 starts at the current meet. Until recently, he still hauled horses to Emerald Downs from his 37-acre farm in Enumclaw and for many years also shoed and ponied his horses to the starting gate.

Munger said friends frequently asked when he would retire. 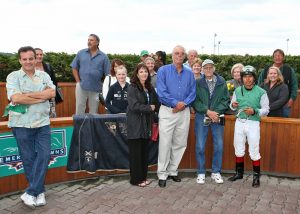