AUBURN, WA – Dreams can come true. And one did today at Emerald Downs.

You’re the Cause, who was recently claimed for $8,000 in July by the Wilwin Stable, pulled off a major shocker in the $75,000 Muckleshoot Derby. Javier Matias rallied the 3-year-old gelding from well back and dead last of the 11 runners to post a 3/4-length victory as the longest-priced runner in the race. 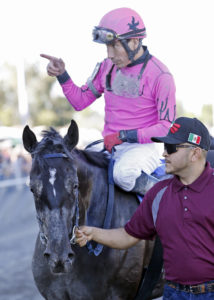 It was Matias’ first win the Derby that dates back to the second season of 1934 at Longacres. It was winning trainer Debbie Van Horne’s third career stakes victory at Emerald Downs.

The record $2 win pay was set in 1993 by Seaborn ($117.80) when the race was contested at Yakima Meadows with Chris Lamance riding.

It was the second biggest upset in Emerald Downs Stakes history.

The Kentucky-bred made a strong move while racing five wide through the second turn. He was in fifth place with just a furlong to go but kept rallying passing rivals to win for the third straight time at the meet. You’re the Cause had won his last race three weeks ago sprinting at 18/1.

Midnight Mojo (11/1), who won the 2021 Gottstein Futurity, was another runner who made up good ground during the race to finish a clear second with Eddie Martinez riding. 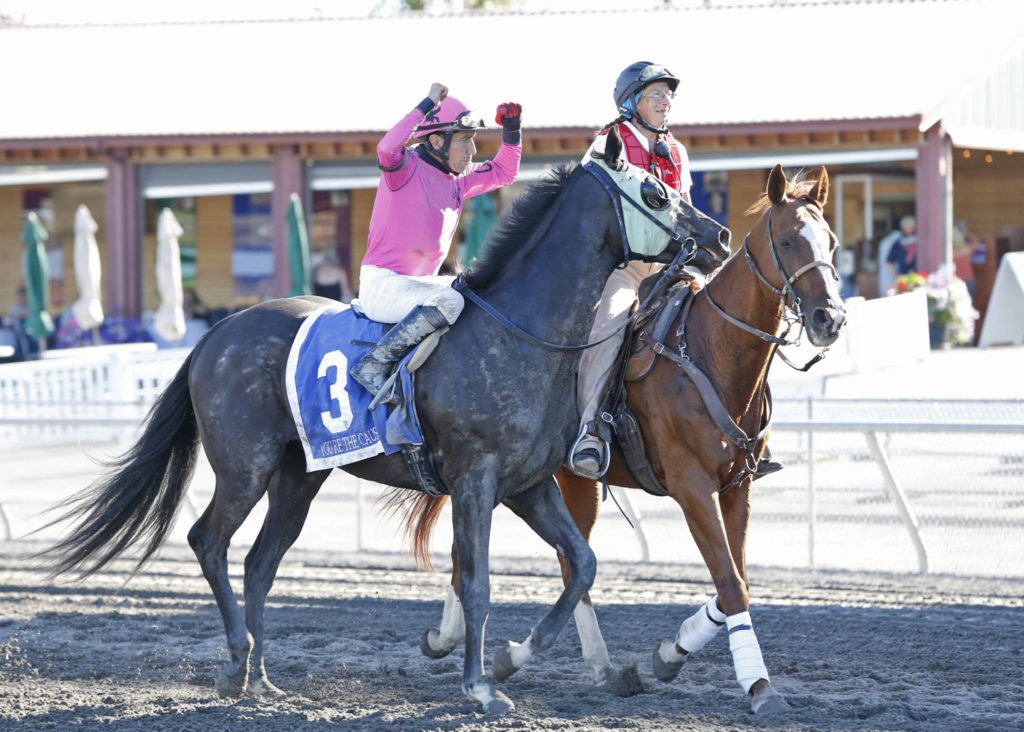 The Blaine Wright runner Executive Chef raced mid pack for most of the race, improved to second at the 1/8th pole but flattened out to finish fourth as the 8/5 favorite.

Big Balloons in the Washington Oaks 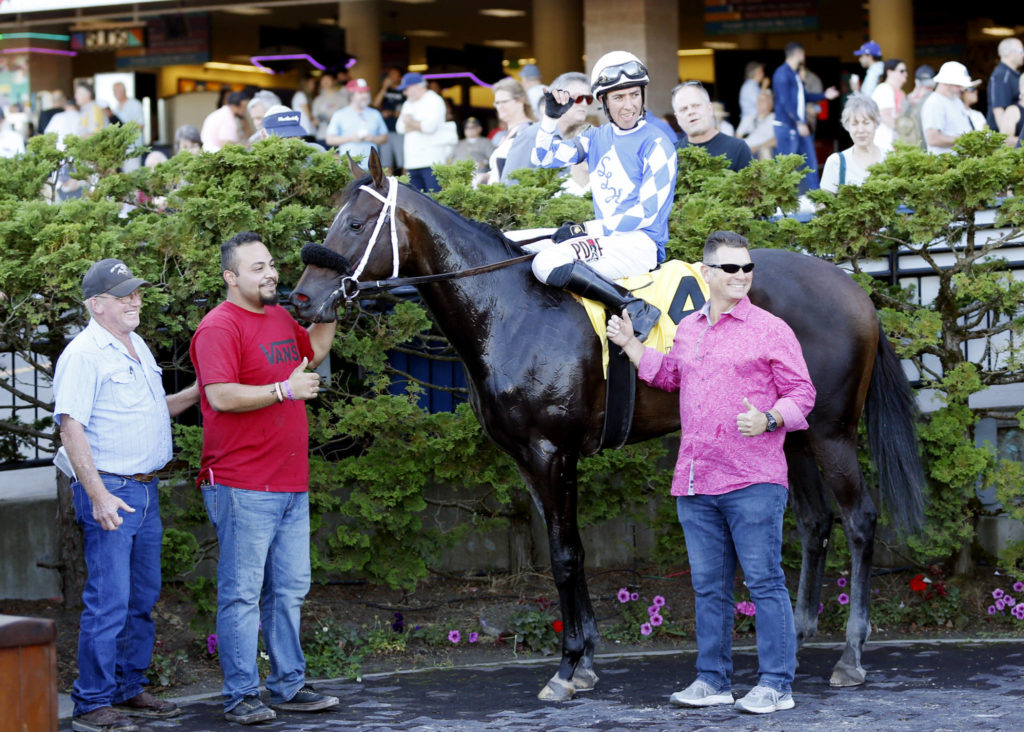 The 3-year-old filly by Mucho Macho Man was much the best drawing away in the stretch to win by 6 1/4 lengths.

She was guided to victory by Jake Samuels who picked up his first career stakes victory at Emerald Downs. Samuels put Tiz a Macho Girl right into the race as they tracked the early leader Unsolved Mystery. The Kentucky-bred shot to the lead after 6 furlongs in 1:10-2 and completed the 1 1/16-mile race in 1:42.17. 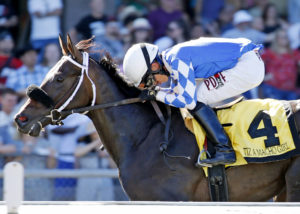 She had graduated from the maiden ranks in her last start just two weeks ago sprinting in a maiden special weight race.

The heavy favorite Slack Tide (1/1) was near the pace for entire race but could not threaten the winner when it counted the most. The Ten Broeck Farm, Inc. filly entered the Oaks a perfect 3-for-3 in Emerald Downs takes races.

Unsolved Mystery with Alex Cruz riding wound up third as the 3/1 third choice.

It was the first Washington Oaks win for trainer Jeff Metz.