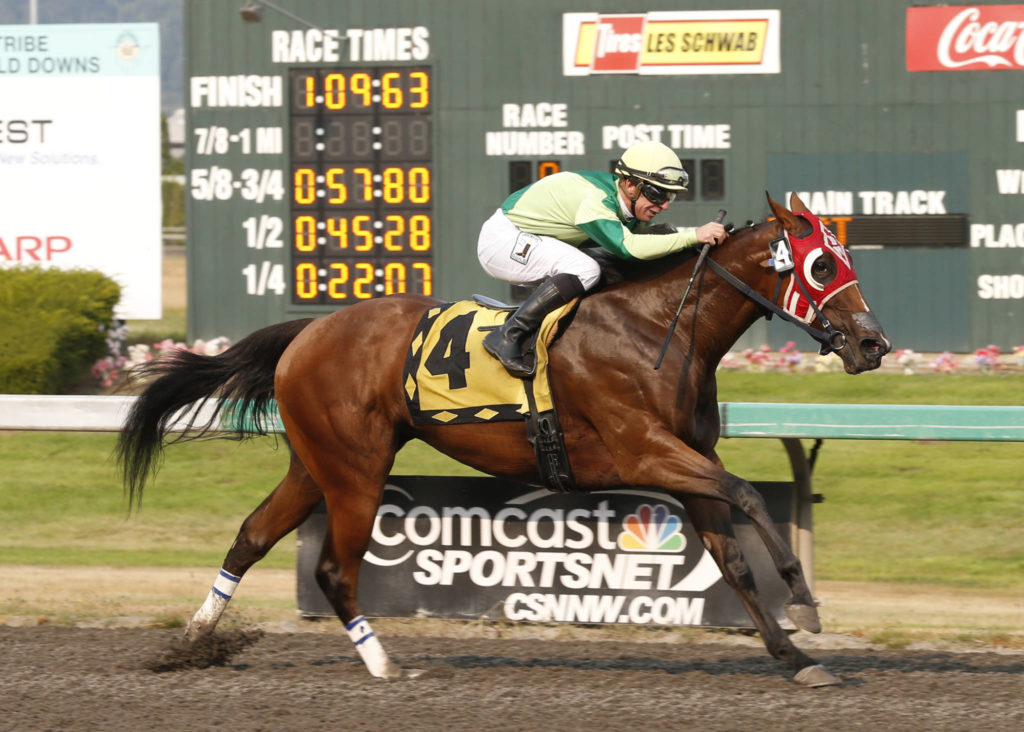 Ridden by Julien Couton at 119 lbs—his fourth win Saturday—Bella Mia ran six furlongs in 1:10.65 and paid $4, $2.60 and $2.10. Blaine Wright, saddling his seventh stakes winner of the meet, is the winning trainer for John and Janene Maryanski of Auburn, Wash.

Breaking alertly from the No. 5 post, Bella Mia set fractions of :22.07 for the quarter-mile and :45.28 for the half-mile, shook off Curious Rumor on the turn, and was well clear to the wire.

A Washington-bred by Harbor the Gold-Bella Campana, Bella Mia has reeled off three straight victories, including gate-to-wire wins in the Angie C and Barbara Shinpoch Stakes. Saturday’s win was worth $27,225, boosting her overall total to $66,013.

“She’s improving, and she broke so sharply today,” Couton said.  “She was very manageable today.”

Bella Mia joined Citizen Kitty, Mach One Rules and Riser as double stakes winners at the meeting. And Wright, who also conditions Riser, has an outside chance to threaten Doris Harwood’s single-season record of 12 stakes wins et in 2007 and 2009.

Curious Rumor, ridden by Isaias Enriquez at 119 lbs, was seven lengths back in third and paid $3.40 to show, while Faith Flys Again, Manny’s Way, Diamonds R, Sea N Redd and Runmissnatalia completed the order of finish.

The stewards opened an inquiry into the start of the race but made no change in the order of finish.